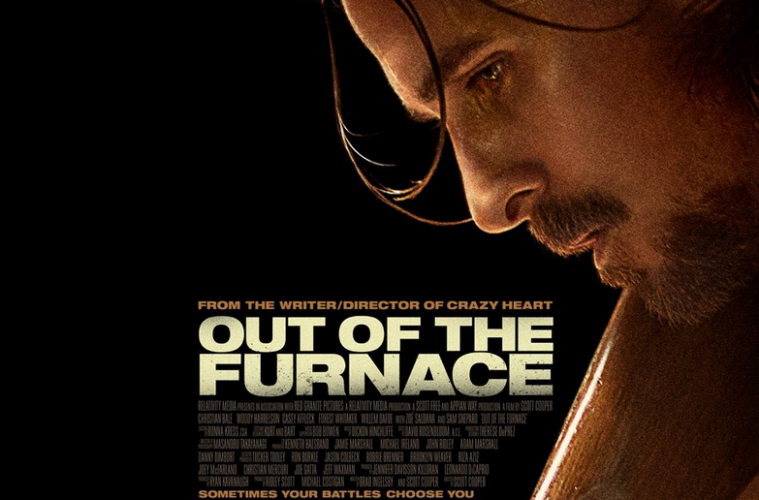 [Review] Out of the Furnace

After directing Jeff Bridges to a Best Actor Oscar with 2009’s safe, humble, crowd-pleasing Crazy Heart, it’s admirable for writer-director Scott Cooper to turn around and make something as deathly bleak as Out of the Furnace for his sophomore outing. The movie wanders through its various storylines, ensemble players, and small-town details without a care for conventional structure or logline-friendly narrative developments — neither watching the trailer nor browsing the one-sentence IMDb synopsis will really give you a legitimate idea of how Out of the Furnace moves and breathes, or where Cooper’s script (heavily reworked from a highly-touted Brad Ingelsby spec) is planning to take its characters. If this resolve, along with some unexpectedly elaborate direction, represents what’s laudable about Out of the Furnace, the weaknesses of the resulting film are almost entirely the result of a wall-to-wall sense of nastiness and faux-gritty miserablism.

Right from the ostentatious opening shot of a drive-in movie theater showing 2008’s The Midnight Meat Train, Cooper is announcing himself as a determined presence behind the camera — something that already distinguishes this film from Crazy Heart, which was content (and not unjustly so) to be carried by Bridges. But where Cooper’s grasp of cinematic language appears more confident and resilient, his efforts as a writer are awfully inconsistent, and the character featured in the introductory scene — Harlan DeGroat (Woody Harrelson) — marks his gravest misstep. A gross caricature of backwoods villainy that not even an actor of Harrelson’s caliber can redeem, DeGroat is seen here doing a whole lot of distasteful things: hurling out of the driver’s seat of his car; aggressively shoving a hot dog down the throat of his lady companion (an action he precedes with the memorable line, “Give me that fucking hot dog”); and then beating two reasonably concerned bystanders to a bloody pulp.

Even despite Cooper’s elusive storytelling, it doesn’t take long to realize that Out of the Furnace is, at its core, a potentially moving tale of two brothers, both plagued by their corroding circumstances, both struggling to keep their heads above water — which is precisely why it’s so discouraging that Cooper would begin his film by lavishing such attention on a character like DeGroat. The film’s more meaningful drama concerns Russell Baze (Christian Bale), a responsible working man who’s followed his ailing father’s footsteps into the Braddock, Pennsylvania, steel mills, and his brother Rodney (Casey Affleck), a distressed soldier preparing to begin his fourth tour in Iraq. Suffering from an inescapable case of PTSD, Rodney’s failure to adjust to everyday society — he spends his time incurring debt to bet on horse races, engaging in brutal fistfights for financial sustainability, and drinking himself into a stupor (“dinner of champions,” he calls it) — is a source of constant worry for Russell, who urges his brother to accept a steady position at the mill. “Fuck the mill,” is Rodney’s response to that particular job offer.

Things get even worse for the Baze family when Russell takes to the road one night after having one drink too many; a Lost Highway-like shot conjures a sense of anxiety, and, sure enough, Russell causes a serious collision a moment later, landing himself in prison. By the time he gets out, Rodney is in even worse standing with the local bookie (Willem Dafoe), Russell’s girlfriend (Zoe Saldana) has left him for a police officer (Forest Whitaker), and, though he’s able to retain his job at the mill, Rodney learns that the plant is likely on the verge of shutting down. (In a sign of Cooper’s subtle table-setting, we only gradually learn that this film is set in 2008.) The kicker comes when, despite the adamant advice of Dafoe’s John Petty, Rodney requests a brawl with the frightening “inbreds,” led by Harrelson’s DeGroat, up on the Ramapo Mountains. (Little does Rodney know that, in DeGroat territory, these fights are strictly bare-knuckle.)

Part of the detriment of the DeGroat character is that he packs a life-threatening intensity that, in many ways, is already an organic element of the film’s setting. As shot on 35mm by cinematographer Masanobu Takayanagi (The Grey, Warrior), Out of the Furnace becomes draped in signs of despair: boarded-up houses, declining automobiles, an absence of color, Rust Belt fumes that seem to smother the air. There is enough danger in the look of the film that the relationship between the two brothers doesn’t need an unpleasant genre subplot to elevate it to life-or-death proportions. While somewhat overplayed, a scene like the kitchen argument between Bale and Affleck — in which the former encourages the latter to start working, while Affleck counters back with a series of gruesome, scarring war stories — is working toward an authentic kind of drama. But it’s entirely undercut by the savage attention given to DeGroat: his earrings, his brass knuckles, his lollipop-sucking, his affinity for salmon burgers, his crack dens. This ridiculous character turns what could have been an affecting, stark-realistic American tale into something resembling misery porn.

Some of Cooper’s techniques even devolve into this realm: his heavy-handed cross-cutting is often more damagingly on-the-nose (alternating Bale and Sam Shepard gutting a deer with Affleck preparing for a bare-knuckle brawl) than it is occasionally sneaky (a SWAT-invasion sequence later in the film). Though the cast sometimes seems mired in the film’s oppressive bleakness to a similar extent, Bale gets two moments of extraordinary freedom — moments in which he practically appears to be discovering the performance during the take itself. In one, he and Saldana share a post-incarceration confessional; when she tells him of her relationship with Whitaker’s Wesley Barnes, the nakedness with which Bale exposes his character’s devastation is heartrendingly fragile and complex. The second moment occurs when Russell is released from prison. Cooper films everything here — Russell’s first steps outside, his first breath of free air, his nervous, excited energy — and the elation registered by the actor is exhilarating. The movie around Bale could’ve used some of that unforced naturalism.

Out of the Furnace is now in limited release, before opening wide on Friday, December 6.