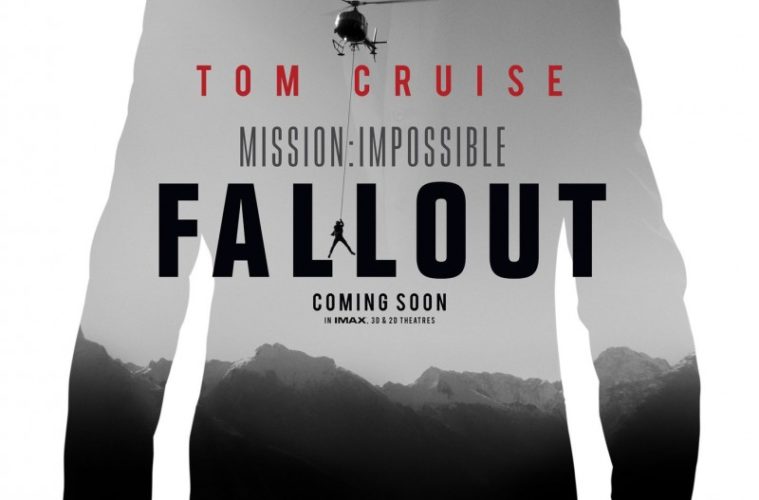 Mission: Impossible – Fallout is an anomaly.  It’s the sixth installment of a decades-old franchise that has hit full steam. This is stranger still when considering its origins during the ‘60s-TV-adaptation boom of the late ‘90s and early aughts. What should have been a passing trend burgeoned into an auteur’s playground of action and intrigue, a feat that becomes doubly impressive when viewed alongside the plasticity of contemporary summer fare. Now add to all that an aging star (Tom Cruise) and his safe choice for director (Christopher McQuarrie)–the only one to return to the fold–rather than a fresh recruit. In theory, this film is out of its depth, doomed to be put out to pasture by something younger and sleeker, making it that much more exhilarating to see Fallout pummel its way into being one of the decade’s best action films.

McQuarrie performs a fascinating bit of tonal gymnastics in his reprise as writer-director. Reteaming with Cruise came with the caveat that he be allowed to direct the film differently — a condition that not only reveres the series’ open arms toward visionary filmmaking, but allows him to come into his own as a maestro of tensely wrought setpieces. If Rogue Nation was a formalist entry in the spirit of a gilded, breezy Hollywood caper, then Fallout is a heavy, ice-cold rebuke. It less akin to Hitchcock and instead taps into a combination of John Frankenheimer, Michael Mann, and Christopher Nolan.

That hard edge more befits what some would have expected the director behind The Way of the Gun and Jack Reacher to make the first time around. Thankfully, however, McQuarrie’s been afforded the rare chance to mature into a mega-budget craftsman across this ostensible two-parter. His second spin with the IMF yields some emotional and cerebral (for this franchise, anyway) flourish, now that he’s in full command of the explosive faculties that give these movies their mileage. What’s more, he miraculously finds a way to churn out the same basic franchise plot points (weapons of mass destruction, disavowal and double crosses) with enough raw nerve to make it stand out. Although his script spends so much time excelling at the stone-cold that it occasionally forgets to be warm, the pace it manages to deliver both across its runtime. Corralling some of the best shot, edited, and scored sequences in recent summer action fare, while navigating a script that conjures giggles and gasps within seconds of each other, is a tightwire act few can pull off as effortlessly as McQuarrie does in Fallout’s peak moments.

As is the case with each Mission, the center of gravity on that tightwire is Cruise, but one wonders for how much longer. Fallout brings he and Ethan alike to the seeming culmination of all past endeavors, and, at 56, he is aged and exhausted. Wear and tear is on display with every sprint, tumble, and daredevil leap. While the actor may not intend this, the film certainly does. We’re given a deep dive into Hunt’s inner clockwork to find a man who’s potentially lost a step whether he’d like to admit it or not. In that respect, Cruise’s weathering rings true in what’s arguably his best dramatic turn as the character. For a series that bounced back from a PR kerfuffle by turning its lead into a pliable action figure, leaning head on into a character study is a bold risk. It pays off. This Buster Keaton physicality is punching up against the public perception of him–sending him out of planes, off motorcycles, and over cliff faces–and dammit if it isn’t viscerally engaging every time.

Hunt’s odyssey is bolstered in no small part by the film’s ensemble, old and new. Henry Cavill gamely follows in lock step with Cruise as CIA operative August Walker, in what amounts to a career-best performance. Brimming at the mustache with snide charm and brutality, he’s the perfect physically imposing foil these films too often lack. He’s dog-leashed by a wonderfully steely Angela Bassett, whose appearances are unfortunately few and far between. Her absence, coupled with the notably short scenes for Vanessa Kirby’s wily black-market broker, reveal the unfortunate lack of prominent roles for women across this franchise, despite best efforts. This is offset, at least, by the welcome return of Rebecca Ferguson. She’s electric when she gets her due, which is relatively often, as McQuarrie tries to work in a little something for everyone here. There’s even time for a teary Ving Rhames (with the most screen presence he’s had in 3 movies) and Simon Pegg mugging in multiple masks.

Against all odds, Fallout continues Mission: Impossible’s ongoing streak of extremely rewarding returns. Though it’s anybody’s guess where a seventh installment would skyrocket Ethan Hunt et al, the series could just as easily call it here and remain equally satisfying. McQuarrie has proven himself such a keen purveyor of large-scale cinema that not only solidifies Fallout as a benchmark for the franchise, but a bona fide manifesto for breathtaking, high-stakes action–a mission that the genre as a whole would do well to accept.