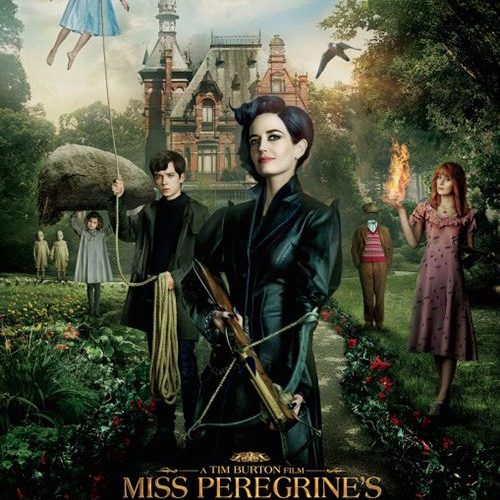 Tim Burton provides such a distinct look, feel, and texture to every one of his films — regardless of how you might feel about them — that he’s very much a genre unto himself. Taking a heavy influence from landmark German Expressionist films, he’s pioneering this generation’s brand of wacky, dark-tinged cinema as his creations have danced across the screen for more than a quarter of a century. Yet, as we’ve seen in his recent efforts, a little too much creative freedom — as in all of it — can yield the most unwieldy or disastrous of narratives. For his latest effort, Miss Peregrine’s Home for Peculiar Children, the eccentric director gets to do what he does best: play in his macabre sandbox with endless whimsy and delight at his fingertips.

A mostly winning combination of the strange and unusual, the adventure is an entertaining, clever, and fun one. What helps steer a creative individual like Burton is, refreshingly, some semblance of structure. Given that this is adapted from a book (by Ransom Riggs), there are some guidelines to adhere to, and having Jane Goldman (Kingsman, Kickass) as a screenwriter helps him bridge the gap from page to screen with only a few bumps, particularly when it comes to the lackluster climax. As the eccentric director works his magic with the visuals and the varied cast, the story mostly moves along at a steady, engaging pace, which can’t quite be said for his other movies this decade.

Not unlike much of his other work, which often focuses on a story about a total outsider, he’s not afraid to get dark for the impressionable kids showing up. While there are delightful elements, there’s an evil in this film that would, quite frankly, scare the pants off children. Gathering an impressive ensemble, the mix of Terence Stamp, Judi Dench, Eva Green, Samuel L. Jackson, and even an oddly placed Chris O’Dowd as an oblivious/reluctant father figure, keeps things interesting. The best of the cast, Green, as the titular Miss Peregrine, gives an uncanny performance that would make previous Burton mainstay Helena Bonham Carter proud.

While the aforementioned names may be the biggest draw, the most compelling beats of the story deal with the “Peculiar Children,” as we discover alongside Asa Butterfield‘s Jacob. With Goldman back in familiar territory after X-Men: First Class, we slowly learn what each of their skills are, making for a absorbing build-up when they use their expertise to fight back against the evil hollowgasts. As expected for any Burton production, the sets are as gorgeous as the costumes (from designer and Burton regular Colleen Atwood), and a score from the duo of composers (Michael Higham and Matthew Margeson) make the experience feel fresh rather than stale. The Bruno Delbonnel-shot visuals simply dazzle, and this story about a group of misfits is ultimately quite endearing.

While the tone is a little inconsistent, especially in the third act, this is mostly Burton back to what he does best. In the quest to expand oneself as a filmmaker, one never wants to do the same thing twice. While Burton can be credited for diverse projects (Edward Scissorhands, Batman, Big Fish, Ed Wood, etc.), Miss Peregrine is certainly playing in the same ballpark he’s built his career on, a film that seems tailor-suited from its inception for the director. Yet, when compared to his recent work, his clear affection for the material comes across as such an unexpected treat that it almost feels like a second renaissance. While we’ll have to wait and see if that’s ultimately the case, when it comes to his latest film, the landing might be bumpy, but this is still a particularly enjoyable trip.