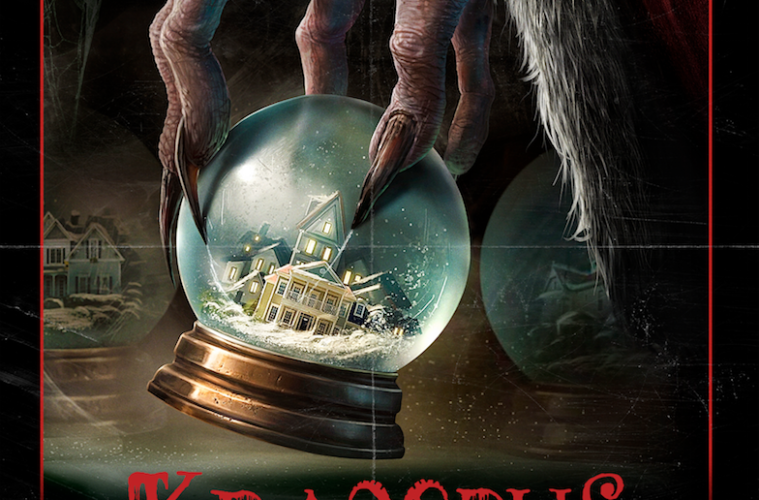 Michael Dougherty’s Krampus — based around the German humanoid folklore figure who punishes naughty children — wants to be the White Elephant of the holiday movie season, a gleefully crude antidote to the saccharine holiday stories that crowd multiplexes this time of year. But Krampus doesn’t automatically succeed by existing. It can’t occasionally be subversive and weird, and then still rely on all of the same bad tropes of not only every other holiday movie, but the horror genre as well.

Dougherty’s debut feature, Trick ‘r Treat, was the definition of a sleeper; a Halloween anthology that was the equivalent of a razor blade stuffed in an apple. It was comfort food for genre fans, but spiced up with a thrilling disregard for the usual taboos and moralistic equilibrium of horror. Kids were murdered, protagonists were mercilessly slaughtered, and even fables became twisted cautionary tales.

Krampus is far less successful in navigating this space between self-awareness and smug self-reference. Written by Dougherty, Todd Casey (who’s primarily known for animation), and first timer Zach Shields, the script is just a slicked up road to the slaughterhouse for these cardboard-thin characters.

A hatred of its own players is practically ingrained into modern horror’s DNA, but there’s a harshness reserved for these characters that’s deeply disheartening. Whether it’s Conchata Ferrell, who tries her best to lift up her bullish one-gag character, or the head scratching social conservatism in the treatment of two daughters dressed up like tomboys, the movie fails to have more than a passing sliver of humanism for half of its ensemble.

This movie is indeed called Krampus, and once he shows up, it becomes very clear that he’s the star, but that doesn’t change that we spend most of the run time with two oil and water families whose interactions mostly boil down to first sniping at each other, and then unconvincingly coming together as things go belly-up.

Tom (Adam Scott) is our lead, a meek workaholic, who’s trying his best to keep his family together, even as his marriage to his wife Sarah (Toni Collette) is in disrepair. Scott’s deadpan has been effective in some dramatic roles (and even in comparatively silly horror like Piranha 3D), but his buttoned-up earnestness sounds more constipated than restrained here. Collette is equally poorly served by the script as an elitist wife who’s more accustomed to serving Gravlax and creme brûlée for Christmas dinner than honey baked ham.

Howard (David Koechner) and Linda (Allison Tolman) lead the other family, who are mostly just made up of middle America caricatures, doomed to deliver corny bromides like, “A shepherd needs to protect his flock” and off-color potshots about masculinity and class. Koechner is the same alpha-male blowhard that he’s played in every movie. And Tolman — who Hollywood really needs to scoop up into super stardom — plays more like a plot device than a character as the sister struggling to mend the prickly family relations.

Tom and Sarah’s son, Max (Emjay Anthony, in a very Spielbergian role), is our main perspective into the miserable Christmas spirits of these families. He’s ruthlessly teased by his cousins about his love for Christmas, and he’s all but ready to give up his belief in Santa. His main ally in keeping the Christmas spirit alive is his German-speaking grandmother, Omi (Krista Stadler), who harbors her own shared secret past with Krampus.

For the first thirty to forty five minutes, Krampus is mostly just actively bad, but something clicks around the halfway mark, and it starts fully committing to its absurd premise above and beyond the usual tension leading up to jump scare pattern. Beginning first with a stunning claymation, paper maiche, and shadow puppetry interlude about Krampus’ origins, and then ramping up into a series of relentless set pieces, Krampus bludgeons the viewer into admiration. The nature of the set pieces are probably spoilers, but knowing Krampus as the shadow St. Nick should help to illuminate what kind of horrors he brings along.

These creatures aren’t limited to a scene or two either. By the second half, the movie throws every rotted anti-Christmas tradition at these hapless families. These monsters are unabashedly evil creatures that aren’t interested in scaring, as much as rending the flesh off their victims. The PG-13 rating has become a sticking point for horror in the past, and it only manages to highlight the extreme gulf in tones.

The movie moves from 80’s family film style beats to horrific, muted violence. And even without blood and gore, Krampus’ body count is surprising, as characters who are both principal and supporting, are ruthlessly checked off. The nature of the violence and tone aren’t without precedents. There’s touches of Joe Dante’s brand of slapstick horror, and there’s also the pitiless grossness of Sam Raimi’s Drag Me To Hell. And like those, the disconnect between the material and themes lends an extra creepy subtext to the whole movie.

The monsters range from a Tremors-style worm to an army of demented porcelain dolls, and glass masked elves who look like they walked off a higher budget version of Troll 2. Across the board, these designs are alien and deeply disturbing, and Dougherty lovingly drinks in the details of every one of these creations. Krampus, as well, is an absolute marvel of special effects with his massive chains thrashing behind him, and his enormous mammoth coat and reptilian eyes.

The mounting chaos finally perks up Dougherty as a director as the second half expertly orchestrates a sense of atmosphere with attention to detail and sound design. Little details like a dying iPad, embers of a fireplace, flickering Christmas lights, and a haywire stereo are all wrung out for maximum tension, and Dougherty even stages some scenes out of frame, entirely with sound.

The sheer spectacle of the monsters can’t account for the emptiness of the rest of the characters, and nearly every time we return to them, it’s hard to care what happens to them – especially as the deaths start coming quicker, and with less impact. And even with a truly bleak ending that all but burns holiday cheer to the ground, Krampus just isn’t mean or engaged enough with its own characters to work as its own story. It’s an oddity that demands praise for its willingness to embrace extremes, but like a White Elephant, you’ll wish that it didn’t all feel so pointless the next day.

Krampus is out now in wide release.