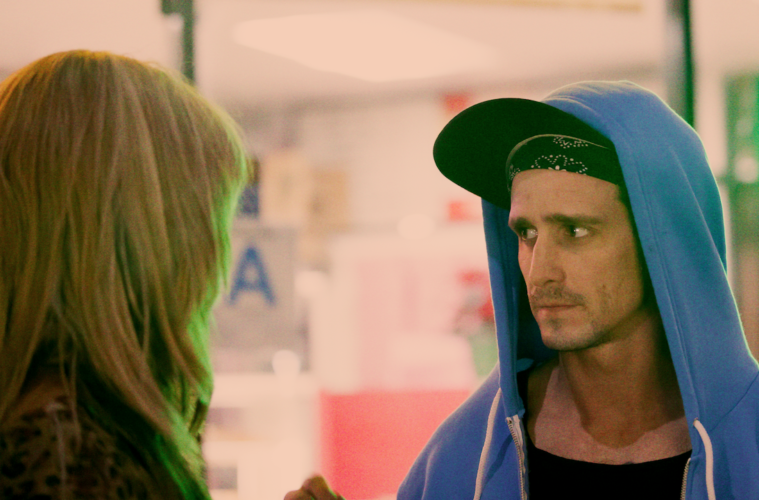 “It started off like somewhat of a budgetary thing because I want to make films look good so I didn’t have the money to go with something like the Alexa or the RED,” director Sean Baker told us at Sundance when it came to his iPhone-shot Tangerine. “So instead of going with something lower-end I decided to go with something completely different and make this film look very unique. [Executive Producer] Mark Duplass and I went back and forth about whether it was feasible or not or whether we could pull this off and make it look like a real movie.”

Indeed they did, as the film, which follows the lives of two transgender prostitutes trying to get their lives in order, became one of our favorites of the festival. We said in our review, “Ultimately, Baker’s grand success here is in building a wholly original piece of storytelling. This is a film I had not seen before, from a filmmaker I cannot wait to see more of.” One of the must-see films of the summer, Magnolia Pictures have now dropped the first gorgeous trailer and poster. Check them out below for the film starring Kitana Kiki Rodriguez, Mya Taylor, Karren Karagulian, Mickey O’Hagan, Alla Tumanian, and James Ransone.

It’s Christmas Eve in Tinseltown and Sin-Dee (newcomer Kitana Kiki Rodriguez) is back on the block. Upon hearing that her pimp boyfriend (James Ransone, STARLET, “Generation Kill”) hasn’t been faithful during the 28 days she was locked up, the working girl and her best friend, Alexandra (newcomer Mya Taylor), embark on a mission to get to the bottom of the scandalous rumor. Their rip-roaring odyssey leads them through various subcultures of Los Angeles, including an Armenian family dealing with their own repercussions of infidelity. Director Sean Baker’s prior films (STARLET, PRINCE OF BROADWAY) brought rich texture and intimate detail to worlds seldom seen on film. TANGERINE follows suit, bursting off the screen with energy and style. A decidedly modern Christmas tale told on the streets of L.A., TANGERINE defies expectation at every turn.