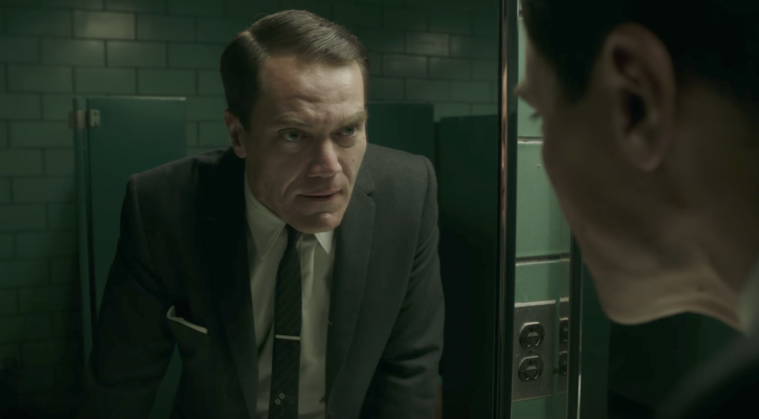 Winner of the Venice Film Festival’s prestigious Golden Lion — not to mention being a hit at Telluride and TIFF — Guillermo del Toro is back in action with The Shape of Water. Starring Sally Hawkins, Michael Shannon, Richard Jenkins, Doug Jones, Lauren Lee Smith, Michael Stuhlbarg, and Octavia Spencer, his Cold War era love story has now received a red band trailer showing off much more of the creature, as well as romance and menace.

“It is not outside the realm of fair judgment to suggest that Guillermo del Toro has been a little off the boil in recent years. Over-scheduling can do that, even to the best of us, but The Shape of Water, an unconventional love story — with a generous dash of the supernatural — set in a dreamy 1950s United States and featuring knockout performances from Michael Shannon and Sally Hawkins, does represent a clear return to form,” we said in our review. “This is bolstered to no small degree by the fact that it is, in essence, a fairytale and the singular Mexican director — along with his physically-gifted performer Doug Jones — has always been at his most punky and creatively audacious when working in the confines (or lack thereof) of that particular genre. As his enchanting, imaginative latest film proves, it’s great to have him back.”

From master story teller, Guillermo del Toro, comes THE SHAPE OF WATER – an other-worldly fairy tale, set against the backdrop of Cold War era America circa 1963. In the hidden high-security government laboratory where she works, lonely Elisa (Sally Hawkins) is trapped in a life of silence and isolation. Elisa’s life is changed forever when she and co-worker Zelda (Octavia Spencer) discover a secret classified experiment. Rounding out the cast are Michael Shannon, Richard Jenkins, Michael Stuhlbarg and Doug Jones.