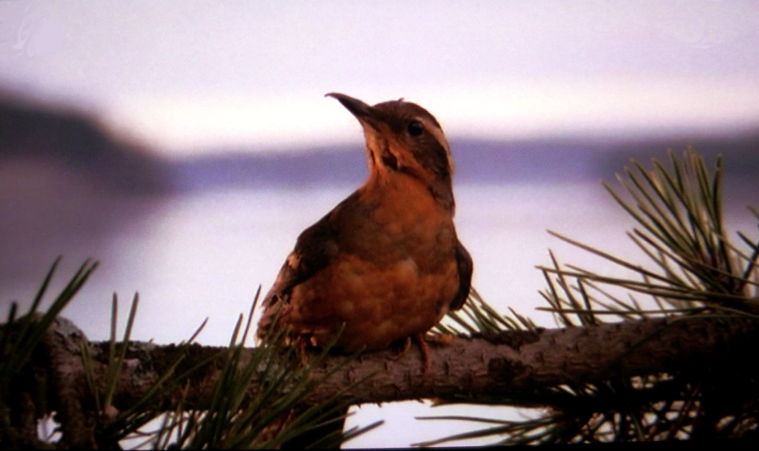 We’re knocking on the door of summer, and that means lots of big properties are ready to be unleashed. But it’s not too late to read books exploring some recent films, as well as some new works about Sherry Lansing, film noir, and Steve McQueen. Let’s start with a unique look at David Lynch’s Twin Peaks.

The Essential Wrapped In Plastic: Pathways to Twin Peaks by John Thorne

When Twin Peaks debuted on ABC in 1990, there were no message boards in which fans could argue and dissect the latest episodes. Starting in 1992, however, there was Wrapped In Plastic, the immortal Peaks’ fanzine. Just in time for the series return on Showtime is The Essential Wrapped In Plastic: Pathways to Twin Peaks. Here, WIP co-editor John Thorne brings together some of the publication’s most vital, important essays. Every episode is included, but what makes the book a must-read is the analysis of Twin Peaks: Fire Walk With Me. Featuring everything from a probing look at the film’s strange critical response upon release to a convincing argument that the Chet Desmond section is actually “the dream of FBI Special Agent Dale Cooper,” The Essential Wrapped In Plastic mesmerizes the reader with vivid, startling discoveries.

The updated and expanded edition of Marvel Year by Year is heavy — literally — and absolutely packed with details. Starting in the 1940s and running through 2016, this stunning text is big, bold, and deliriously dense. For a casual comic book fan like me, it’s full of new info. (The wedding of Peter Parker and Mary Jane Watson was “recreated with actors at New York’s Shea Stadium on June 5, 1987”?) Even die-hards are likely to stumble upon new details. 1950s Marvel character Marvin Mouse himself would be impressed.

The visual style of film noir is instantly recognizable, but that does not make it simple. Film Noir Light and Shadow explores just how complex and meaningful this style was. Films like Kiss Me Deadly and Double Indemnity are explored in detail, while a series of noteworthy authors also break down less-known films like Violent Saturday and Crossfire. It’s the kind of book that sends one racing to Turner Classic Movies.

The Great Wall: The Art of the Film by Abbie Bernstein (Titan Books)

There is no other way to put it: Zhang Yimou’s The Great Wall was a flop, at least stateside But it was a fascinating flop, a strange spectacle that swung for the fences (or walls) and came up short. Still, the size and scope of the project makes The Great Wall: The Art of the Film a beautiful publication. It’s a sturdy account of how the Matt Damon-starrer came to be, and it’s a reminder that whatever the film’s failings, the cinematography and production design is never less than breathtaking. It’s a film made for the glossy coffee table treatment.

The city of Cleveland has quietly made a major dent in cinema, a fact confirmed by World Film Locations: Cleveland. With maps, stills, and photos, the book explores locations from films like American Splendor, The Deer Hunter, and Stranger Than Paradise. It also spotlights some times when the city doubled as someplace else, including Spider-Man 3 and The Avengers. (I’m volunteering myself to write the Buffalo, New York, version of World Locations.)

Leading Lady: Sherry Lansing and the Making of a Hollywood Groundbreaker by Stephen Galloway (Crown Archetype)

There is no overestimating Sherry Lansing’s impact on Hollywood history. As the first woman to be name president of a major studio (Paramount), she helped pave the way for countless female execs to come. As Stephen Galloway’s new biography Leading Lady demonstrates, she did so with poise, charm, and humility. The book includes colorful backstories of troubled films that eventually worked (Fatal Attraction, Titanic) and some that didn’t (Sliver). It’s compulsively readable, and full of juicy tidbits on her dealings with the likes of Harvey Weinstein and Scott Rudin.

The LEGO Batman Movie was one of 2017’s undeniable pleasures, a fast, fun film that simultaneously worked for LEGO-crazy kids and Bat-moms and dads. DK released a plethora of books to accompany the film’s release, and they run the gamut from a neat-o sticker book and texts for wee readers (Rise of the Rogues and Team Batman) to The Essential Guide (by Julia Marsh) and The Making of the Movie (by Tracey Miller-Zarneke). The latter shows how the character design progressed, and also lets us admire some of the elements that flew by so quickly on the big screen.

The Star Wars encyclopedia and dictionary bookshelf is ever-growing. When the texts are as painstakingly designed and wonderfully structured as Star Wars: The Visual Encyclopedia, why shouldn’t it? This latest effort is broken into five sections — geography, nature, history, culture, and science and technology — and is almost absurdly detailed. Looking for an up-close look at Mace Windu’s Jedi Council chair? It’s here, on the furniture spread.

While the Steve McQueen auto racing film Le Mans was a box office disappointment in 1971, it’s now considered one of the most important and greatest racing flicks of all time. Steve McQueen: Le Mans in the Rearview Mirror is a fascinatingly deep dive into the making of the film, and also serves as a fine bio of the complex McQueen. Packed with gorgeous on-set photos, it’s an essential account of how a film the authors call “a crashing bore” can eventually be seen as “the most historically realistic representation in the history of race.”

Chuck Wendig’s gripping Aftermath trilogy of post-Return of the Jedi Star Wars novels comes to a fine end with Empire’s End (Del Rey). There are numerous treats here, including cameos from Lando Calrissian and … well, you’ll see. Another recently released Star Wars novel, Join the Resistance (Disney Lucasfilm Press) is for younger readers. However, older fans may find this story of a trio of young Resistance recruits to be of interest. (It’s written by Ben Acker and Ben Blacker.) Irvine Welsh’s 2002 Trainspotting sequel, Porno, has been re-released as T2: Trainspotting to tie in with the film. While the story underwent drastic changes, a number of elements (including Renton living in Amsterdam and Sick Boy’s pub) stayed intact. It’s a worthy followup, if a bit time-intensive due to Welsh’s frequent use of Scottish dialect. Lastly, Leonardo DiCaprio recently bought the rights to Stephen Talty’s nonfiction work The Black Hand (Houghton Mifflin Harcourt), and this story of an early-20th century detective attempting to stop a crime wave is riveting.