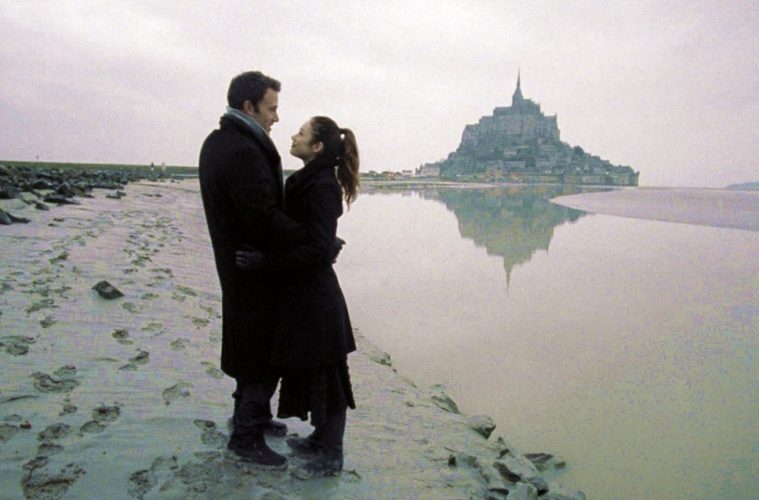 Recommended Discs & Deals of the Week: ‘To the Wonder,’ ‘Mud,’ ‘Place Beyond the Pines’ & More

Still exploring the working class American south with a heavy dose of mythical storytelling, only this time with a much broader brush, Jeff Nichols‘ tries at many different things in his entertaining, if overlong, Mud. Matthew McConaughey stars as the titular character, who’s discovered on a small island in the middle of the Mississippi River by two 14-year old boys, Ellis (Tye Sheridan) and Neckbone (Jacob Lofland). Mud, sporting a chipped front tooth and greasy, unclean hair, has been living in a boat stuck up in a tree, waiting for his girlfriend Juniper (Reese Witherspoon) to come calling. Imperfect as it may be, this marks a step forward for Nichols as a filmmaker capable of making big entertainment that retains some intelligence and a palpable message as well. – Dan M.

The Place Beyond the Pines (Derek Cianfrance)

Retaining the gritty authenticity of his lyrically heartbreaking Blue Valentine, Derek Cianfrance‘s new insanely ambitious look into the nature versus nurture equation feels much smaller than its reality. It would be easy to say The Place Beyond the Pinesgives us too much to process in too contrived a way, but I believe that would be too quick a judgment. Shifting character focus three times, the film will have you wondering if it would have worked better with an earlier ending. But then you’d miss the emotional ramifications man’s actions can cause—every choice a butterfly effect that alters lives and perceptions in irrevocable ways. How we react to our mistakes can go a long way towards assuaging our guilt or it may simply drag us down further to the point of destruction. – Jared M.

To the Wonder (Terrence Malick)

No, this is not the next Nicholas Sparks adaptation; don’t let the horrendous cover art fool you, Terrence Malick‘s latest is perhaps about as opposite from a Sparks film as one could get. Showcasing the aches and pains of a relationship (perhaps its coldness was a reason for its divisive reception), Malick continues down the road of film as memory and it’s another marvel to behold. While we didn’t expect a commentary from The Tree of Life director, this Blu-ray release is sadly bare bones, with just a few, brief featurettes, but the stunning images from Emmanuel Lubezki are represented in vivid form. – Jordan R.

Three teens were wrongfully convicted of murdering 8-year old boys in 1993 and losing 18 years of their live,  they are let out on a strange plea that allowed the state to save face (and come out without facing a lawsuit). Amy Berg’s epic 2.5 hour documentary retraces some of the ground the award winning trilogy by Joe Berlingerand Bruce Sinofsky in its first hour, evolving into a celebrity detective story as the cause is taken up by Eddie Vetter, Natalie Maines, (co-producer) Peter Jackson and many more. Berg’s portrait of a justice system left unchecked is most chilling of all: evidence is suppressed or left inadmissible as three young men lose what could have been 18 productive years. It’s a must see, even if you from time to time may want to throw something at your screen. – John F.

Rent: Antiviral, The Earrings of Madame de…, Ishtar, Oblivion, On the Road, The Sapphires