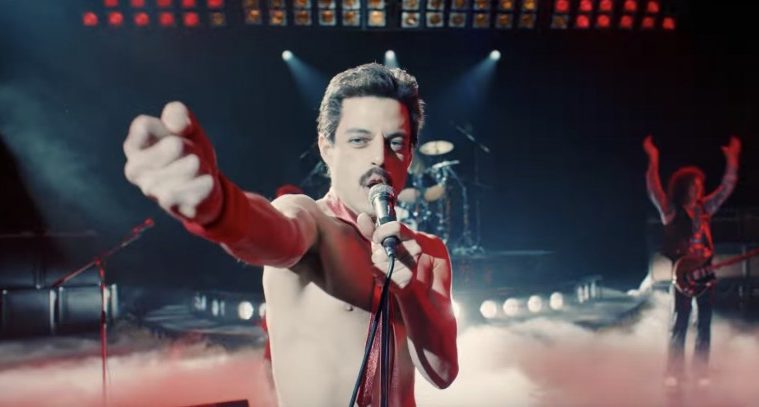 Going from behind the keyboard in Mr. Robot to on the world stage, Rami Malek takes the role of Freddie Mercury in the upcoming biopic Bohemian Rhapsody. Although developed for many years with Sacha Baron Cohen in mind to play the Queen frontman, things finally got off the ground with Malek and now a full-length trailer has landed.

Malek certainly nails the look of the singer, who died from AIDS-related causes in 1991–a part of Mercury’s life the film has said to evade, but now looks to touch on briefly in this new trailer and synopsis. Although Bryan Singer gets sole directorial credit, he did leave the project towards the end of filming after clashing with those involved, and Dexter Fletcher stepped in to finish things up.

Bohemian Rhapsody is a foot-stomping celebration of Queen, their music and their extraordinary lead singer Freddie Mercury. Freddie defied stereotypes and shattered convention to become one of the most beloved entertainers on the planet. The film traces the meteoric rise of the band through their iconic songs and revolutionary sound. They reach unparalleled success, but in an unexpected turn Freddie, surrounded by darker influences, shuns Queen in pursuit of his solo career. Having suffered greatly without the collaboration of Queen, Freddie manages to reunite with his bandmates just in time for Live Aid. While bravely facing a recent AIDS diagnosis, Freddie leads the band in one of the greatest performances in the history of rock music. Queen cements a legacy that continues to inspire outsiders, dreamers and music lovers to this day.