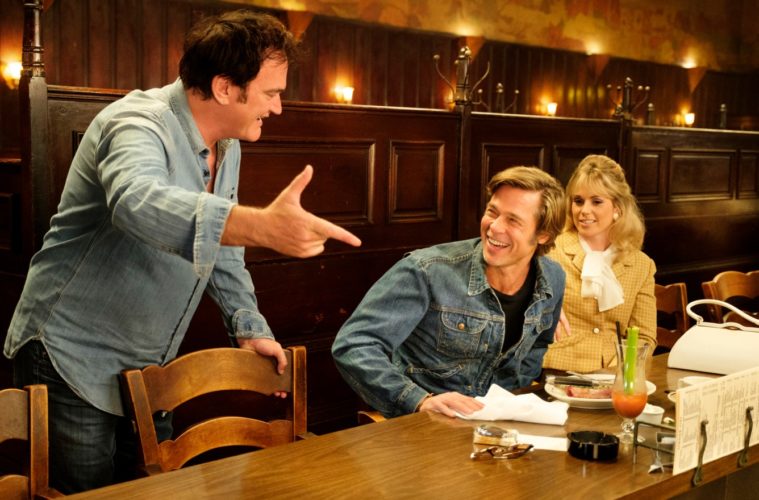 We’ve entered July, which means it is the month of Quentin Tarantino’s Once Upon a Time In… Hollywood. While we’re still waiting if the director re-edits some of the film as he hinted while at Cannes, as well as the full list of theaters that will present it in 35mm, the press tour is gearing up again, which gave the director an opportunity to reconfirm his retirement from feature filmmaking after his Hollywood follow-up–or maybe sooner.

“I think when it comes to theatrical movies, I’ve come to the end of the road. I see myself writing books and starting to write theatre, so I’ll still be creative. I just think I’ve given all I have to give to movies,” he tells GQ Australia. He added, “If it’s really well received, maybe I won’t go to 10. Maybe I’ll stop right now! Maybe I’ll stop while I’m ahead. We’ll see.”

It, of course, remains to be seen if these are Miyazaki-style statements that won’t prove true, but it is intriguing how he says only theatrical movies, as if a TV series or a Netflix collaboration could be of interest. Brad Pitt also tells the magazine, “No, I don’t think he’s bluffing at all. I think he’s dead serious. And I kind of openly lament that to him, but he understands the math of when he feels like directors start falling off their game. But he has other plans and we’re not going to have to say goodbye for a long time.”

As we look to Once Upon a Time In… Hollywood, those in Los Angeles have the advantage of getting to see some of the films referenced or Tarantino was influenced by as his he’s programmed a month-long series at his New Beverly Cinema to prime audiences for his 9th film. For the films, he focused primarily on the Rick Dalton-esque actors of the ’50 and ’60s, as well as the ’60s “It Girls,” some of whom went on to have major careers.

In anticipation for the programming, he also joined the Pure Cinema Podcast for an extensive, nearly three-hour discussion about the films he’s selected, including the Vince Edwards-led The Mad Bomber, Evel Knievel, the Raquel Welch double feature Fantastic Voyage and 100 Rifles, the Jane Fonda double feature Cat Ballou and The Chase, the Natalie Wood double feature Gypsy and This Property Is Condemned, and much more.

Check out the full conversation below or here, as well as the New Beverly calendar that is discussed, followed by new TV spots and images.

July at the New Beverly! Please RT and let us know what you’re most excited to see. pic.twitter.com/KXCoEeQUHO Once Upon a Time in… Hollywood opens on July 26 and New Beverly’s July programming is now underway.