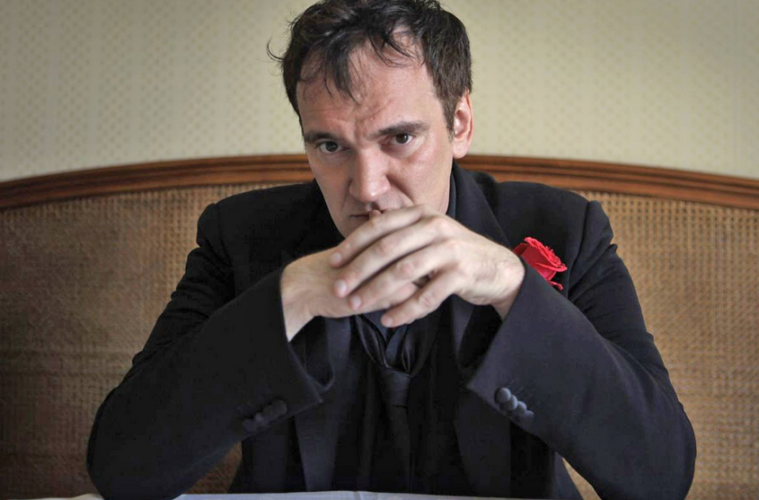 ‘‘I think we spent 60-something million on ‘Hateful Eight,’ which is actually more than I wanted to spend but we had weather problems. And,’’ he shrugs, laughing, ‘‘I wanted to make it good.’’ Unlike many filmmakers who get worn down by dwindling resources and drift over to television, Tarantino hasn’t because, well, he doesn’t have to. His last two movies were global blockbusters that were heavily nominated for Academy Awards. His first two movies were small-scale, L.A.-set crime dramas and, to this day, they are among the purest expressions of an ironic Gen-X sensibility that exist in American movie culture. When it opened in 1992, ‘‘Reservoir Dogs’’ was much-talked-about but little seen, yet it paved the way for a new kind of movie, exploding two years later into the malevolent delight of ‘‘Pulp Fiction’’ — at which point the audience was ready for it. In all of Tarantino’s movies, the dialogue is theatrical and profane and the criminal is the guiding moral authority. The humor is pitch-black, the nihilism gleeful. There are endless pop-culture references — and, yes, extreme and nasty violence.

Watch a video essay on how settings act like characters:

With Denis, say, on Sicario, it’s very similar to working with Joel and Ethan—you know, read the script, and then we just generally talk about the script, and it gradually evolves. I like scouting locations with a director when they first look into locations, because I think it’s all-important, if only for that time you spend just discussing the look of the film and ideas about the film.

The New Yorker‘s Richard Brody on what’s missing from The Martian:

Directing is more than choosing expressive shots and coaxing emotionally satisfying performances from actors. I worked with a director who likened the job to being a general. For any strong director (one who’s no mere hired hand), the shaping of the story, the casting, the creation and approval of sets and props, the details of costume and makeup, the sound design—in short, the movie’s over-all tone and style sense—are the director’s indirect handiwork. That’s exactly how Ridley Scott exercises his authority on “The Martian.” Scott, who’s in his seventies, puts on a virtuoso display of cinematic professionalism, aligning all the movie’s elements—visual and sonic, dramatic and thematic, human and material—to move ahead briskly and compactly, with the seeming unity of one meticulously designed and properly functioning machine.