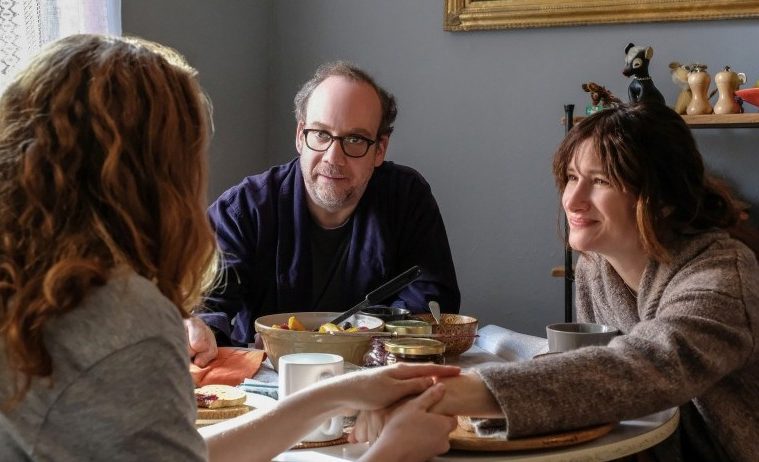 Tamara Jenkins’ 2007 film The Savages, starring Laura Linney and Phillip Seymour Hoffman as a pair of dysfunctional siblings, was one of the best movies of its respective year, receiving major critical acclaim and earning Jenkins and Linney a pair of Oscar nominations. Over a decade later, Jenkins is back with another film starring a male/female duo of beloved character actors.

Kathryn Hahn and Paul Giamatti lead Jenkins’s Private Life, where they star as a Rachel and Richard, respectively, an artsy New York couple and their journey of trying to have a child. The trailer suggests both fertility and familial struggles, as Rachel and Richard welcome their visiting niece into their home. Private Life premiered at the Sundance Film Festival earlier this year where it received strong reviews (including our own), and will play later this month at the New York Film Festival before being released by Netflix on October 5.