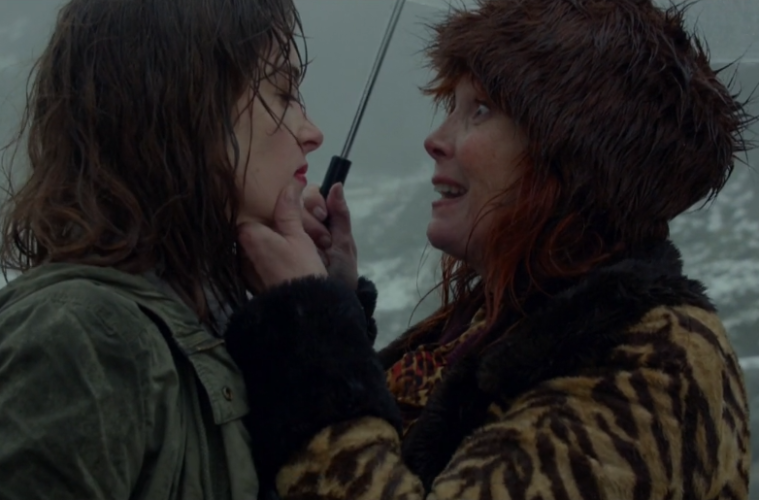 Barring premieres that might be left for the full NYFF lineup and whatever Oscar-friendly titles will make their “surprise” premiere at Telluride, we have a fairly comprehensive picture of what’s left, cinematically speaking, for the next several months. But because it’s easy for things to get lost in the shuffle, as you’ll notice merely by looking at the available lists, now’s a good time to highlight a trio of pictures that are inevitably going to receive less attention than, say, Steve Jobs or a new Charlie Kaufman movie, but all the while likely to be a good deal better.

Three previews are assembled herein, and the biggest of them is Cosmos, Andrzej Żuławski‘s mystery-shrouded, long-developing film — his first in fifteen years — in which two young men’s trip to the Polish countryside is interrupted by ominous occurrences and signs of great portent. Right on the cusp of its Locarno premiere, we have four clips that, even for a preview-avoiding type such as myself, preserve the mystery while letting us glimpse a strange, raw, and atmospheric piece of work, Sabine Azéma included. (Those first-person shots!) If everything else is this good, the picture will have been worth that long a wait. [Leoparde Films]

Then there are trailers for Marco Bellocchio‘s next picture, Blood of My Blood (or so goes the English translation of Sangue del mio sangue), as well as Tobias Lindholm‘s A War, the follow-up to his 2012 sleeper hit A Hijacking (I’m noticing a trend in his titles); both are screening at Venice. The former comes across as imbalanced, veering from a jaunty tune to the morose cover of Metallica’s “Nothing Else Matters” that you heard in Zero Dark Thirty TV spots years ago, but good things are still expected from the man who, sadly, may be Italy’s only great living filmmaker. As for Lindholm? It seems to replicate the rough-and-tumble, immediate style of A Hijacking; let’s see how he handles domestic drama. [Indiewire and Cine Maldito]

Watch the videos, see posters, and read synopses for all titles below: