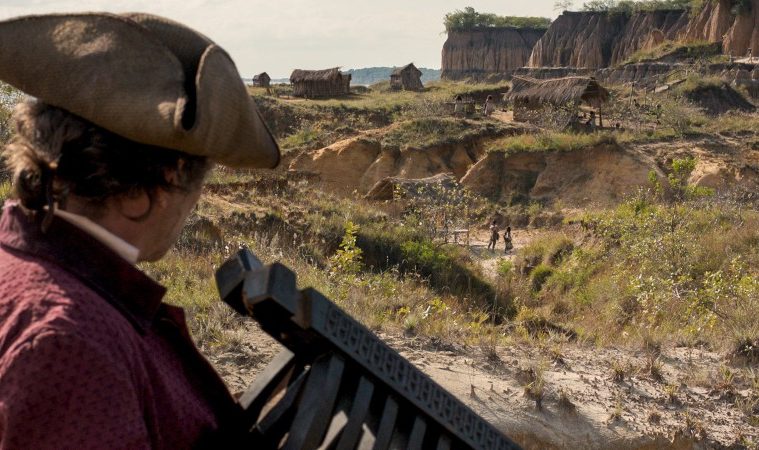 Hot on the heels of a new trailer — and ahead of a Venice Film Festival premiere — another look at Lucrecia Martel’s highly-anticipated new film Zama has arrived with three clips. Produced by brothers Pedro and Agustin Almodóvar, Argentinean author Antonio di Benedetto’s 1956 novel has been adapted by Martel, which follows a story set in the late 18th century in Paraguay, tracking Don Diego de Zama (Daniel Gimenez Cacho), an officer of the Spanish Crown, who is tasked with going after a bandit.

“You’ve got to be really patient, avoid the vanity of being productive,” Martel tells Terremoto in a fascinating interview. “The process of questioning the world is not so simple. Variety and difference are important. These are not things you lay hands on by goofing around. I take care not to pollute the planet with my stuff. Each time I hear a production house is looking for content, it makes me shudder. Because of the brazen honesty of it. They want content because there are containers. All this smacks of garbage. I think we’re in an age of producing for no good reason. And soon the age of editing for no good reason will come.”

Check out the clips below via Criterion Daily.

Zama, an officer of the Spanish Crown born in South America, waits for a letter from the King granting him transfer to a better location. His situation is delicate. He must ensure that nothing overshadows his transfer. He is forced to accept submissively every task entrusted to him by successive Governors who come and go as he stays. Of course, the letter from the King never arrives, and when Zama notices that he has lost everything waiting, he decides to join a party of soldiers that go after a dangerous bandit. Perhaps that way he can get the King to hear about him. Zama leaves to distant lands inhabited by wild Indians, but the bandit they are after turns out to be one of his soldiers. Zama is taken prisoner and Vicuñas’ men think about sentencing him to death. As he is now free from his hopes of being transferred and promoted, knowing his life is at risk, he finds out that his only desire is to live. Zama will premiere at Venice, TIFF, and NYFF.