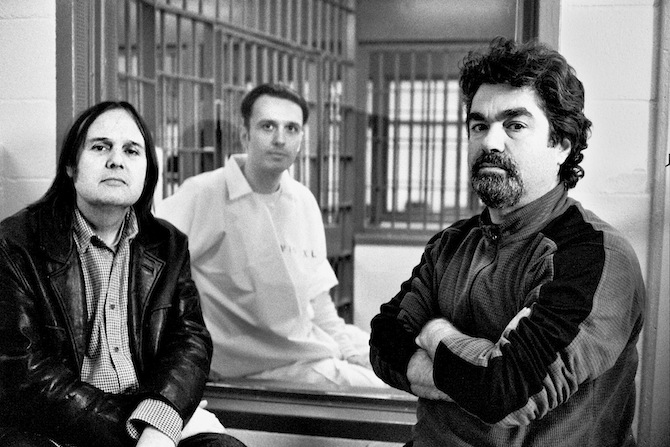 Yesterday we brought you the first poster for the Peter Jackson-produced documentary West of Memphis, and today the trailer has arrived. Amy Berg‘s film follows the West Memphis Three, made up of Jason Baldwin, Jesse Misskelley Jr., and Damien Echols The trio were convicted of the murder of three young boys back in 1994. After new DNA evidence surfaced, they were released on a suspended sentence of  18 years and 78 of prison.

The trailer below runs over four minutes and as the director has stated, the hope is to “get the West Memphis Three’s names cleared and help find the real killer.” The doc looks to be expertly put together and could open up light on the case by reaching a wide audience, as it will be premiering at Sundance this month. Seems like a perfect double feature with Werner Herzog’s Into the Abyss (one of my favorites of last year). Check out the trailer below, along with a condensed theatrical version.

A new documentary written and directed by Academy Award nominated filmmaker, Amy Berg (Deliver us From Evil) and produced by first time filmmakers Damien Echols and Lorri Davis, in collaboration with the multiple Academy Award winning team of Peter Jackson and Fran Walsh, WEST OF MEMPHIS tells the untold story behind an extraordinary and desperate fight to bring the truth to light.

Starting with a searing examination of the police investigation into the 1993 murders of three, eight year old boys Christopher Byers, Steven Branch and Michael Moore in the small town of West Memphis, Arkansas, the film reveals the story from the inside. West of Memphis uncovers new evidence surrounding the arrest and conviction of the other three victims of this shocking crime – Damien Echols, Jason Baldwin and Jessie Misskelley; all three of whom were teenagers at the time of their arrests and all three of whom were imprisoned for crimes they did not commit.