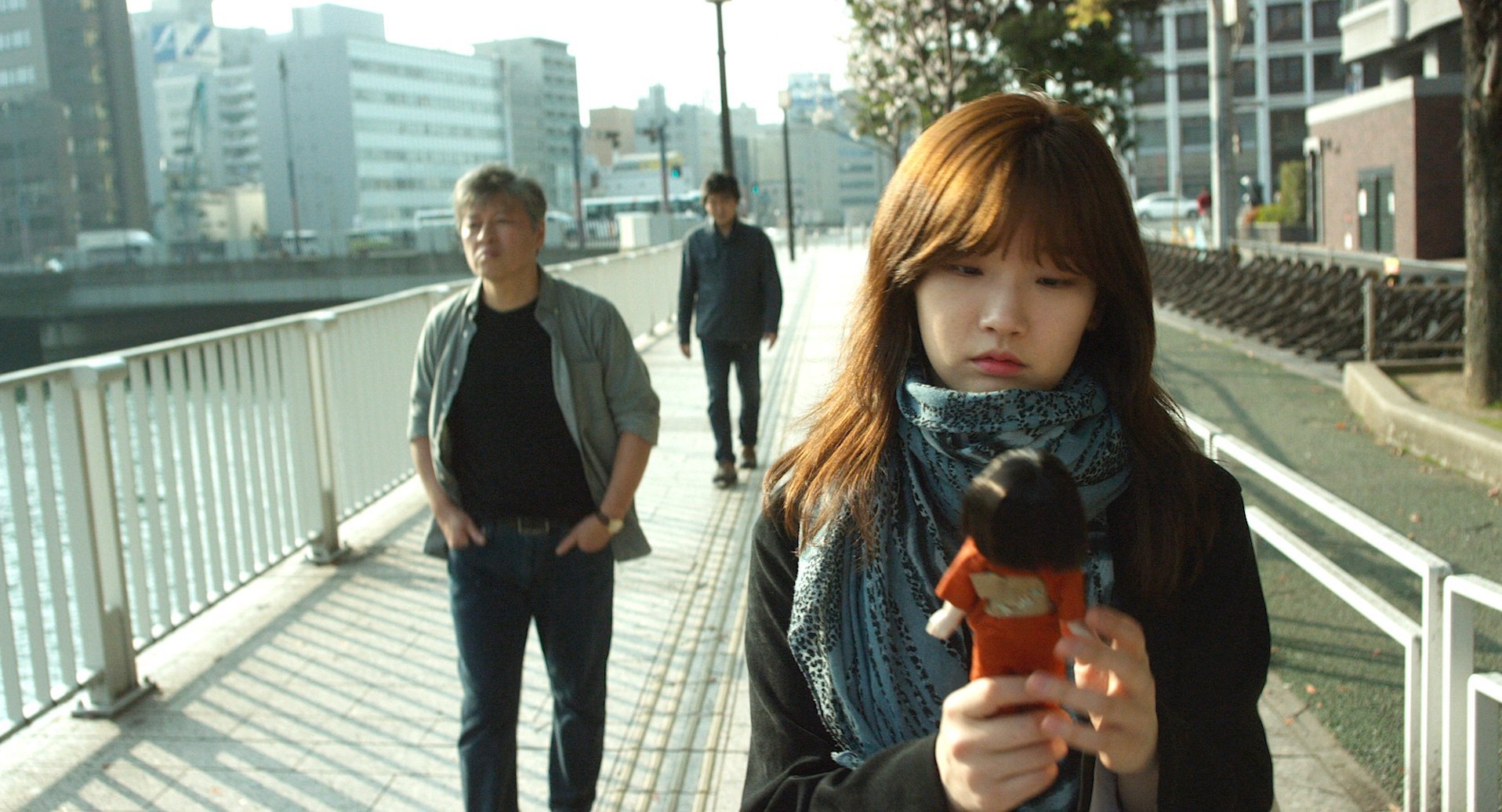 Although their acting may not have been recognized by The Academy, we imagine the SAG-winning cast of Bong Joon Ho’s Parasite has their pick of the litter when it comes to upcoming productions, both in Hollywood and beyond. We desperately hope this means they’ll be showing up in projects that let their skills shine rather than as Marvel villains or as part of the latest Disney live-action remakes. While that remains to be seen, one of the first projects coming post-Parasite for one of the stars is Fukuoka, featuring Jessica aka Kim Ki-jeong herself, Park So-dam.

The film, which actually premiered at last year’s Berlinale but is now arriving in Korean cinemas next month, comes from director Zhang Lu (A Quiet Dream, Gyeongju) and also stars Kwon Hae-hyo (recently seen in Hong Sang-soo’s The Day After and Hotel by the River). The Japan-set film follows two friends from college, who broke off their friendship after falling in love with the same woman, then reunite when a strange girl enters their lives.

Check out the trailer and poster below and read our interview with Park So-dam here.

Fukuoka opens in March in South Korea and is seeking U.S. distribution.