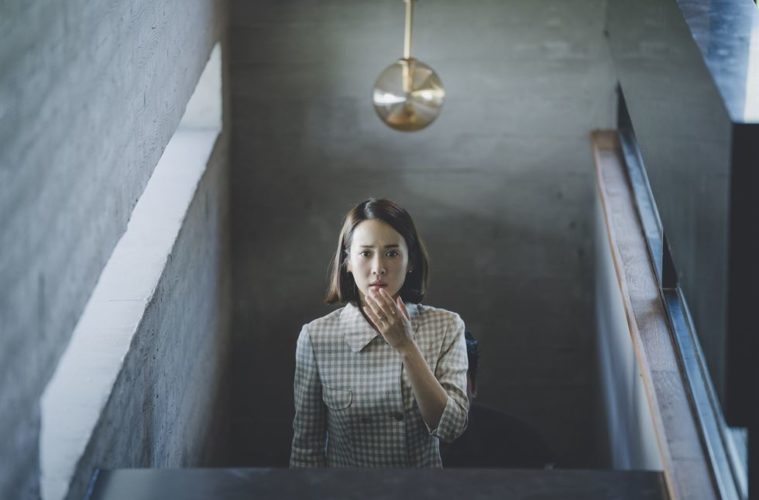 South Korean auteur Bong Joon Ho’s platform has grown considerably in the West following his two American co-productions Snowpiercer and Okja, both of which had issues with theatrical distribution. Thankfully these woes aren’t being repeated with Parasite, which is already connecting with U.S. audiences. His Palme d’Or winner captures the dichotomy of the modern family in a continuously regressive capitalist society, the idealization of glamour and wealth in a place where the poor can barely keep themselves alive. The Kim family is stricken by poverty and the increasing lack of sustainable work. A father, a mother, a son and a daughter all unable to find regular jobs that generate enough revenue to keep themselves fed and warm. They have to fold pizza boxes out of the hope that employers will pay them fairly, they sleep in a rotten shelter in a neighborhood where drunkards piss themselves on the street, they can’t even pay for their own connection to the internet. Each one of them is skinnier and dirtier than you’d expect, their eyes filled with determination and grit as they scheme to get themselves elevated in the class hierarchy.

One day, the son Ki-woo (Choi Woo-shik) is visited by an old friend who is heading out of the country. He is elevated in status, although not by too much; he has been able to get an education, able to piece together the connections and funds to escape this place. A dream that feels increasingly impossible for Ki-woo to achieve. There is an intense tension between the two men in their limited interactions with each other, a lifetime of history conveyed by a few gazes. A modicum of sexual tension is present, the way Ki-woo’s eyes linger on the irises of his respectable friend, the clear idolization he feels towards him is hard to ignore. One of the most interesting elements of this scene, and how it syncs up with the rest of the film, is the blurred lines between Ki-woo’s interest in him as a man and as a symbol of something greater. Parasite, especially towards the end, is a film largely about the hollowness of aesthetic: people who have no compassion or insight being elevated by society and individual perception because of their amount of money and nice clothes. Ki-woo seems as drawn to his education as he does his jawline.

His friend lets him know about a girl he tutors, Da-hye (Jung Ji-so), the youngest daughter of the Park family. He has a clear sexual interest in her and a sense of protection over her body. He doesn’t want her to be taken away by another man while he lingers in another world. Ki-woo is recommended for the position as her new tutor and he uses this gateway to assimilate the rest of his family into their space. The Park house is lavish and gorgeous, a testament to modern architecture. The main room is built around a window, as high as the walls and as long as the house itself. You can see everything that the inhabitants get up to, the idyllic rich nuclear family with nothing to hide. In every room, covered from head to toe with expensive furniture and art, there is an absence of cheapness. Nothing inside these walls feels truly lived in or worn down. It is the reality that the Kim family has been told is perfect, the one that they’re willing to do anything to get closer to obtaining.

In the first act–largely centered around the methods of the Kim family to insert themselves into the Park family’s lives–daughter Ki-jung (Park So-dam) uses her technical expertise to ensure that Ki-woo fits into the standards of the Park family’s staff. Ki-woo pays close enough attention to find a role for his sister, lying to the Park mother about her background and their relationship to get her the job. Their methods originally are deceitful but not harmful, restrained enough to be justified. They are desperate for work and would rather slightly scam a family with the income levels to keep them fed for the rest of their lives than starve. When they want more–as the father Ki-taek (Song Kang-ho) and the mother Chung-sook (Jang Hye-jin) seek to have employment as well–is when Bong Joon Ho’s yarn gets the most conflicted and morally fascinating. They plot schemes to get the driver and the housekeeper fired, lying about transgressions and diseases, triggering allergies to create the evidence that serves their agenda. Morality is placed to the side when it needs to be.

The edge that Bong provides to his characters is framed through empathy: he has an understanding of why they’d cause havoc to other people’s lives in similar positions of fortitude. Humans act largely out of self-preservation, and in a capitalist society, they are encouraged to think only of themselves and their immediate family instead of others or the greater community. Bong understands this and directs most of his anger towards the systems that make people hurt each other in these ways, just for the chance to do the dishes for a rich person. While he utilizes the slickest direction of his career for the set-piece where the Kim family poisons the old housekeeper, building the suspense with flawless editing and the elegance of a great heist picture, there is nothing but sadness that lingers in their wake. Their joy from succeeding at their scheme is contrasted by the panic of an old woman realizing that her future is now in doubt.

Ki-woo falls in love with the girl he is tutoring, seeing her as a gateway into the world he wants to be a part of, just another cog in the machine. After everything occurs, the hollowness of his attraction becomes overwhelming and he refuses to care about a shallow romance. The rest of the family fall in love with the aesthetic and it either kills them or ruins them beyond belief. For a while before the violence kicks in, there is a shared celebration that they’ve achieved the first step of their goal. They all have positions in the same place. They get to make money and continue being a family in a beautiful home surrounded by opulence. Life is good, finally. Once everything happens, some of them re-enter this home and stare out of the breathtaking windows. There is no glamour left to cling onto, just faded memories of a better time and the wish inside their hearts that they could have done things differently.

The moment where everything shifts–bliss turns into fear and the film’s walls collapse–is when the man downstairs is discovered. It is unsurprising that the realities of this economic paradise are built around deception and suppression. The husband of the former housekeeper has been hiding in the basement of the Park family’s home for the last few years. Loan sharks have threatened him with death and would stop at nothing to take his life for being unable to pay his debts. South Korea’s lack of support for the disenfranchised has driven him to live in a pit, forever hidden from sunlight and intimacy. He’s barely even alive at this point. The film quickly shifts into a battle of wills between these two families for the devotion of their employers, for the protection that these walls are supposed to offer. As we know, that’s a facade, just like the supposed betterness of the elevated. Parasite is set in a world without winners, one where the only people left are those who’ve managed to survive another day amongst the rot. From that point on, it is inevitable that one side will die, and the other will suffer as if they had.

There has been a lot made of the darkness that awaits viewers in the second half of Parasite, many critics (and even the director himself) have insisted that audiences go in blind, to be met with the revelations of shock and horror as they unfold. However, the descent that Parasite makes into class violence and devastation is unsurprising. There is no great monster in the shadows, nothing fantastical for the blame to be placed upon. There is only the lingering specter of classism and regret. People get hurt and die in Parasite. Ki-jung gets stabbed to death at a birthday party. Her mother kills the man who did it, skewering him out of instinct and maternal hatred. The former housekeeper gets thrown down the stairs in a panic, hits her head, and dies of an untreated concussion. Even the father of the Park family doesn’t make it out alive, murdered in a frenzy by Ki-taek after he is more focused on the disgusting stench of poverty than the deceased in front of him. Parasite ends with the memories of those gone haunting every person who survived: the photos of a dead sister and daughter staring at the family that left her behind, the trauma of knowing your responsibility in the decay.

Does Parasite offer any answers at its center? After the violence concludes and the dead are buried in their graves, is there anything but emptiness and melancholy? There’s an argument to be made that Bong’s portrayal of class dynamics is too centered on the selfishness of the lower classes and not enough about the casual vindictiveness of the ruling ones. While the ending is the most profound moment in the film–all about the pain of realizing that everything’s a lie–it could be argued that the focus is on the poor family because it’s easier to show the foot soldiers of state violence than to totally interrogate the structures that enable them. Aspects of the film could have used more depth and rumination, ideas and themes that deserve more focus than what is presented. However, the consistent preservation of the Kim family’s POV makes the slow disintegration of fantasy feel scathing and disorientating. The deconstruction of South Korean class in its entirety isn’t achieved but that’s not the aim; it is all about the personal link to capitalistic chaos. That’s where the humor, heartbreak, and horror stem from. In that sense, it is one of the most effective contemporary genre films at examining the tragedies of modern society. It never loses the link between the praxis and humanity.

Parasite ends with ambiguity. Ki-woo has seen the hollowness of everything he was taught to idolize. His past and future will be defined by violence and loss. Yet he stares out of the window from where he started the film, a little viewpoint out onto a street covered in trash, piss, and abandonment and still has hope. Whether his hope is for a good life within the limitations of capitalism or remaining optimism that he can become a figurehead on a dying planet is unclear. It doesn’t really matter. He is allowing himself to feel hope after pain, to keep the memory of someone he loves alive by refusing to linger in sorrow. He stares out of the window and sees a world filled with beauty, fire, and desire in every corner–a place that’s worth fighting to stay alive in. The sun shines in and Bong’s camera stays for a while, focusing on nothing but silence and light. There is still a chance for beauty in this place. Tragedy doesn’t have to be our defining trait. Parasite is the kind of film that haunts your daydreams, one that will enlighten generations about the disillusionment of capitalism as well as instilling the need to keep hope alive. It’s crucial that it doesn’t linger in pessimism or cruelty. The physical action of violence will never be as important as the loss it provides. Parasite believes that things don’t have to be this way forever. That’s a message that people in 2019 can cling on to.