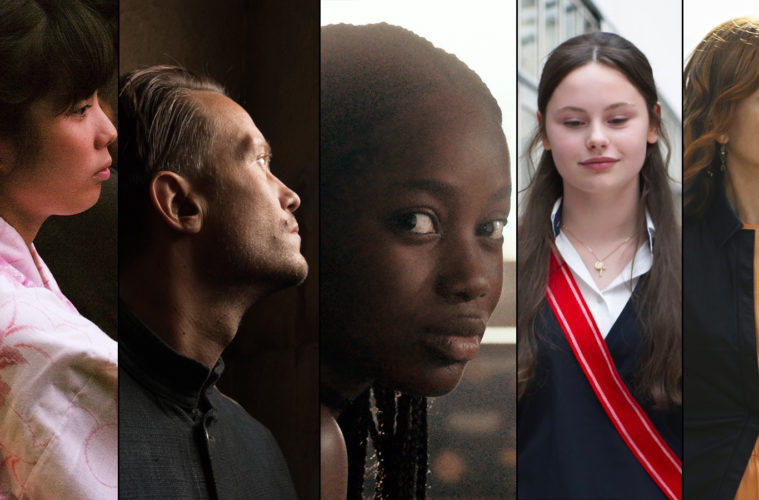 Our 20 Most-Anticipated Films of the 2019 Cannes Film Festival

The Cannes Film Festival, cinema’s most esteemed yearly event, begins this week. While we’ll soon be on the ground providing coverage, today brings a preview of what we’re most looking forward to among the eclectic line-up, ranging from films in competition to select titles on the various sidebars. Check out our most-anticipated features below and follow our complete coverage here throughout the month. Make sure to also follow our contributors on Twitter: Rory O’Connor, Giovanni Marchini Camia, Leonardo Goi, and Ed Frankl.

The recent narrative output of Werner Herzog hasn’t been stellar, but for his next feature, the intrepid director is stepping far outside his comfort zone. The Japanese-language Family Romance, LLC follows a family in which a father goes missing, and a man is hired to impersonate him. Starring non-professional actors Yuichi Ishii and Mahiro Tanimoto), with music by Ernst Reijseger, hopefully going to the other side of the world to find a new story will inject some life into the dramatic side of Herzog.

Following his remarkable documentary The Pearl Button, Chilean director Patricio Guzmán is returning with La Cordillera de los sueños aka The Mountain Rainge of Dreams. Exploring the history of his native country’s famous mountaintop, the film is said to close out a trilogy following his last film and perhaps his most acclaimed film Nostalgia for the Light. We can hopefully expect another spiritual, thoughtful examination of the past and present.

Directed by Kleber Mendonça Filho–who gave us 2016’s gorgeously-realized, politically-minded drama Aquarius–and his longtime production designer Juliano Dornelles, their next film follows a documentary filmmaker who is depicting a Brazilian village. Seemingly imbuing genre elements, it’s revealed that the locals harbor dangerous secrets. As the first trailer reveals above, it looks like another stunner from the Brazilian team, with some Udo Kier thrown in for good measure.

After his medieval metal feature Jeannette: The Childhood of Joan of Arc, Bruno Dumont is returning to the story of the eponymous heroine as she triumphs over the English in the Hundred Years War, and is later put on trial for heresy and burnt at the stake. Don’t expect a similar musical landscape this time around with Joan of Arc as the director told us last year, but we can expect another singular vision from the Frenchman.

After earning the Golden Bear at the Berlinale for his last film, the noir thriller Black Coal, Thin Ice, director Diao Yinan is entering Cannes competition with the crime drama The Wild Goose Lake. The story of his latest feature follows the leader of a biker gang who is on the run and connects with a woman who is also running out of options, and they both decide to change their destiny.

Abel Ferrara’s immensely busy year continues with another collaboration with Willem Dafoe, one that takes a meta approach to the director’s own life. Tommaso finds the Pasolini star as an American artist living in Rome with his wife and daughter (played by Ferrara’s real-life wife and daughter) in a documentary-like approach with an improvised script. After a string of documentaries that took a personal approach, this seems like the next natural move for Ferrara, and we can’t wait to see the results.

After his hilarious documentary Infinite Football last year, Corneliu Porumboiu returns to narrative filmmaking this year with The Whistlers. The noir thriller is said to have shades of comedy as we follow a Romanian policeman who gets lost in translation when he ventures to a Spanish island in order to help a detained Bucharest businessman.

Oliver Laxe last came to Cannes with the striking, spiritual drama-western Mimosas, and now a few years later he returns with A Sun That Never Sets. The film follows a man who gets in trouble for being accused of starting a fire, and after he gets out of prison, he returns to his quiet life, until another fire begins.

Not only is Mati Diop one of the few female filmmakers in the Cannes competition line-up, she’s the only director with a debut feature in the slate. After being seen in 35 Shots of Rum and Simon Killer (which she co-wrote), she steps into the director’s chair for Atlantics, the story of a 17-year-old woman whose lover leaves their suburb of Dakar and she’s faced with a new path in life. “What I really wanted to do was to return to Senegal, to return to my origins and try to reconnect with them,” she told THR. “When I went, I realized that I had arrived at a very particular moment in Senegalese history.”

Following up Julieta, Pedro Almodóvar is back with Dolor y Gloria (aka Pain and Glory), his 21st film. Headlined by Antonio Banderas and Penélope Cruz, the tale takes a meta approach as it follows a film director now in his twilight years as he reflects on his life in a series of flashbacks. With a release already underway in Spain to great acclaim, the director will make his international premiere at Cannes in competition.

After the gloriously entertaining and emotional Okja, Bong Joon-ho is back with the mysterious thriller Parasite. Starring Song Kang-Ho, Lee Sun-Kyun, Cho Yeo-Jeong, Choi Woo-Shik, and Park So-Dam, the story follows two families from different classes who have peculiar characteristics. There’s bound to be many more surprises in store and we can’t wait to discover them, courtesy of NEON, who will distribute the film stateside following the Cannes premiere.

Speaking of Cannes openers, one of the few recent ones to not disappoint was Arnaud Desplechin’s Ismael’s Ghosts. He’ll now return with the Arnaud Desplechin’s detective story Roubaix, A Light, which he co-wrote with Ava director Léa Mysius. Starring Léa Seydoux, Roschdy Zem, Antoine Reinartz, and Sara Forestier, it takes place on Christmas night as detectives investigate the murder of an older woman.

7. Portrait of a Lady on Fire (Céline Sciamma)

After taking on the tumultuous period known as adolescence in Tomboy and Girlhood, Celine Sciamma turns to the 1760s for her next feature, Portrait of a Lady on Fire. Starring Adèle Haenel, the film follows a woman who is tasked with painting a wedding portrait of a bride-to-be, though her subject is not allowed to know of the commission. As the painting process occurs, their bond grows tighter leading up to the wedding. Sciamma has shown a keen, initiate vision in her previous films, which we expect to carry through here.

Not a great deal is known about Robert Eggers’ follow-up to his horror The Witch, which sets the stage for a genuinely surprising work. Shot in black-and-white with camera equipment from early Hollywood, The Lighthouse, starring Willem Dafoe and Robert Pattinson, follows a pair of lighthouse keepers in brutal terrain as fantasy elements creep in. “It’s less Friday the 13th and more Tarkovsky,” Dafoe recently told Indiewire. “It was very, very tough physically, but that was kind of the point.”

5. Once Upon a Time in Hollywood (Quentin Tarantino)

Sure to generate the most coverage out of the festival is Quentin Tarantino’s Once Upon a Time in Hollywood, his star-studded drama centered on a TV actor (Leonardo DiCaprio) and stuntman buddy’s (Bradd Pitt) attempt to enter the studio system, all the while living next door to Sharon Tate (Margot Robbie) and Roman Polanski (Rafał Zawierucha) in the summer of 1969. Also featuring Al Pacino, Bruce Dern, Timothy Olyphant, Tim Roth, Michael Madsen, Scoot McNairy, Zoë Bell, Dakota Fanning, Damian Lewis, Lena Dunham, Luke Perry, and many, many more, it’ll arrive just a few months after its Cannes premiere.

Love is Strange and Little Men director Ira Sachs will have his first Cannes competition film with Frankie starring Isabelle Huppert, Marisa Tomei, Greg Kinnear, Brendan Gleeson, Jérémie Renier, Ariyon Bakare, and André Wilms. Starring Huppert as a famous actress who learns she only has a few months to live and takes a vacation with her family, Sony Classics recently picked up the film for what we imagine will be a fall release.

After landing on our radar with the formally thrilling, adventurous Amour Fou, we’ve been desperately waiting for Jessica Hausner’s follow-up, and now it’ll premiere in competition at Cannes. Little Joe, starring Emily Beecham, Ben Whishaw, and Kerry Fox, is set in the near-future where a plant is invented that begins to psychologically alter those who come in contact with it. This plays out in the story of a mother who is afraid of losing her son, while she also struggles with her own mind.

One of the best directors working today, Bertrand Bonello continually pushes boundaries in thrilling ways. Following his provocative terrorist thriller Nocturama, he’ll be paying homage to Jacques Tourneur with his next film, Zombi Child, premiering in Directors’ Fortnight. Starting in 1962 in Haiti, it finds a man brought back to the dead, then 55 years later in Paris, we center on a boarding school, with a Haitian girl confesses dark, strange family secrets.

Regardless of what festival it premieres at, a new film by Terrence Malick will likely be our most-anticipated of the lineup, and it’s certainly the case when it comes to his latest work. A Hidden Life, formerly titled Radegund, gets the added cachet of premiering in competition at Cannes. Marking the director’s return to World War II dramas, this one takes a much different perspective than The Thin Red Line, following Austria’s Franz Jägerstätter (August Diehl), a conscientious objector who was put to death at the age of 36 for undermining military actions. Also starring Valerie Pachner, Matthias Schoenaerts, and Jürgen Prochnow, as well as the late Michael Nyqvist and Bruno Ganz, it’ll mark the director’s longest theatrical release at 173 minutes.

Despite a hint that Pedro Costa may make it into the lineup, it looks like he’s still working on his next film, so let’s turn to some others what we know will be making their premieres. A number of Cannes regulars will return, including Ken Loach (Sorry We Missed You), Jean-Pierre Dardenne & Luc Dardenne (Young Ahmed), Xavier Dolan (Matthias and Maxime), Marco Bellocchio (The Traitor), and Takashi Miike (First Love).

What are you most looking forward to at Cannes?