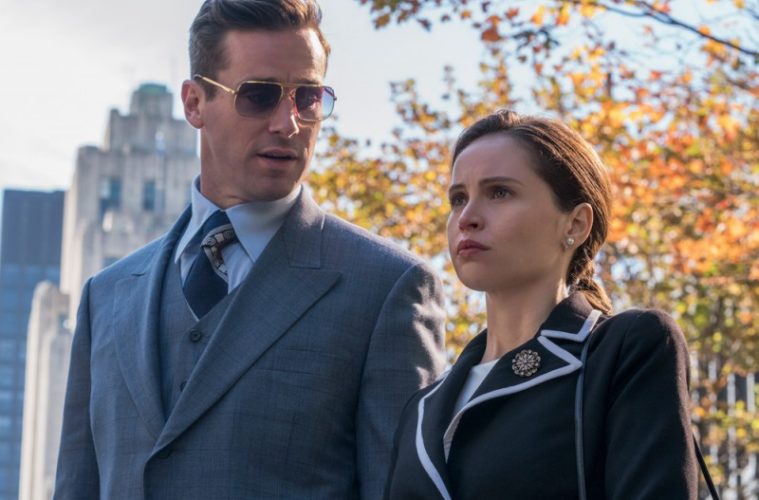 At the age of 85, Ruth Bader Ginsburg, Associate Justice of the Supreme Court of the United States, has one of the most impactful, inspiring political careers in history. When it comes to Hollywood, however, it seems as though she’s just now getting her due. Following the massive success of the documentary RBG ($12 million at the box office and counting), one of the most iconic moments in her career will get the dramatic treatment this fall.

Directed by Mimi Leder (The Leftovers, Deep Impact, Pay It Forward) and scripted by Daniel Stiepleman, On the Basis of Sex follows Ruth (Felicity Jones) and her husband Marty (Armie Hammer) as they fight to overturn gender discrimination in court. Hitting the nerve of issues that are unfortunately still timely today, it looks to be a strong showcase for Jones.

The film tells an inspiring and spirited true story that follows young lawyer Ruth Bader Ginsburg as she teams with her husband Marty to bring a groundbreaking case before the U.S. Court of Appeals and overturn a century of gender discrimination. The feature will premiere in 2018 in line with Justice Ginsburg’s 25th anniversary on the Supreme Court.