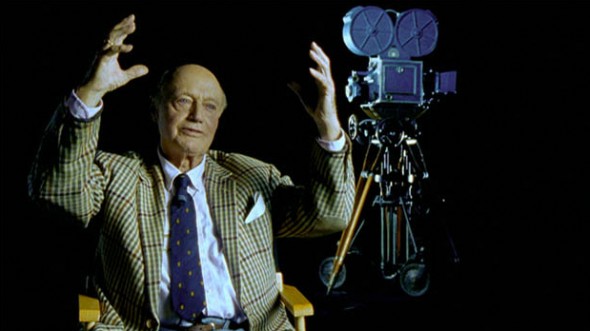 [NYFF Review] Cameraman: The Life And Work Of Jack Cardiff Note: This is the first review in a series of upcoming reviews covering the New York Film Festival, which opens this Friday (September 24th). Stay tuned for more movie coverage.

Jack Cardiff was one of the most ambitious, most accomplished cinematographers in the history of cinema, largely responsible for the lush, vibrant look of Michael Powell and Emeric Pressburger‘s early films (A Matter of Life and Death, Black Narcissus and The Red Shoes), the man behind the camera of John Huston’s acclaimed The African Queen and Joe Mankiewicz’s The Barefoot Contessa. And that only touches the surface of his range and talent.

Cameraman: The Life and Work of Jack Cardiff, directed by Craig McCall, is quick to show and tell you all of the above plus a whole lot more, and from the lips of film greats such as Charlton Heston, Kirk Douglas, Thelma Schoonmaker and Martin Scorsese. The whole doc is book-ended by the 2001 Honorary Oscar Cardiff received, introduced by Dustin Hoffman. The amount of clips shown in the film are incredible, literally starting from one end of the century and ending at the other, illustrating both the evolution of cinema, technologically and otherwise, and the near-immortality of the great cameramen. He did finally pass on at the age of 95, in 2009.

Unfortunately, in an age of IMDB and YouTube, there isn’t much to take away from McCall’s observation that can’t be discovered with a little bit of Web surfing. There’s little flair and even less imagination to the documentary, which is ironic when considering the subject and what he did for the medium.

The most interesting bits come from Cardiff himself, who’s full of fun, interesting on-set anecdotes. Be it Marlene Dietrich and her little-known, well-groomed eye for lighting a scene or Marilyn Monroe and her struggles with Laurence Olivier on the set of The Prince and the Showgirl, Cardiff feels a bit like the fly on the wall; only, he got to light the wall too.

Aside from Cardiff’s stories, there’s little that’s doesn’t play academic. Scorsese is on screen for several minutes, talking about his discovery of Cardiff and the brilliant style of his work. And, to be sure, when things get technical, it is fascinating. Cardiff talks about using glass in front of the lens to produce the moonlit background in King Vidor’s War and Peace so as to avoid to seeing the light scaffolding that was, in reality, hanging in the frame; he also talks about breathing hot air directly on to the lens in order to create a fading mist effect. There’s a moment towards the end of the film in which Cardiff talks about the specials effects of today and how they’re all done on computers, leaving the on-the-spot physical creativity he thrived on in his early years in the dust. We cut to Scorsese talking on it for a brief, elegant moment and nothing more.

Not enough of this populates the whole of the film, which is perhaps a bit too cluttered with clips from other, better films. Though it be a reflection the man’s work, Cameraman is a work of it’s own – or at least should be.

And while this isn’t a documentary that belongs in theaters (and is not, in fact, already available on DVD), it’s a film that should be shown in as many film classes as possible. Watching known greats like Scorsese speak about an equal who isn’t quite as well known is an educational experience of the highest value. And hopefully watching all of those clips will make students seek out Cardiff’s movies and marvel at his work.

Do you know who Jack Cardiff is? Are you interested in finding out?