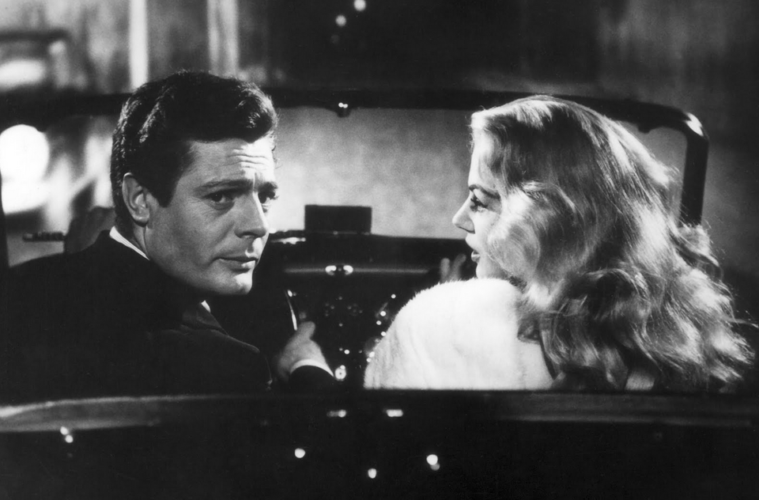 The Caan Film Festival is underway! Films from Michael Mann, Coppola, Hawks, and more kick it off.

The Cabinet of Dr. Caligari plays on Sunday.

A retrospective of Terry Zwigoff’s films is set to run.

If America is a nation of immigrants, American cinema is a work of immigrant stories — but the same could be said for international films, too, as this great new series proves. Our contributor Eli F. has an overview of the series:

As the surreal dystopian melodrama of life under Trump continues and public debate over American immigration reaches heights of intensity not seen in nearly a century, New York’s Quad Cinema is opening a timely screening series of cinema classics addressing this incendiary topic. The series, which begins on Friday (May 19) and lasts through June 1, incorporates a surprising diversity of genres, styles and perspectives from throughout the 20th century to celebrate modern-day America as a “nation of immigrants”.

Each film examines the immigrant’s journey to America through different eyes: rich, poor, children of immigrants, agents of the law. Perhaps most inspired, though, are the selections which evoke the immigrant experience purely through allegory and metaphor: Don Bluth’s animated masterpiece An American Tail (1986), which envisions the fleeing underclass and their oppressors as anthropomorphic cats and mice, in a manner reminiscent of Art Spiegelman’s Maus; Nicholas Roeg’s The Man Who Fell to Earth (1976) and John Sayles’ Brother From Another Planet (1984) which literalize the immigrant’s perspective of America as a strange and alien new world by way of allegorical science fiction; and even phantasmagorical fantasies of immigrant arrival and assimilation sprung from the minds of immigrants themselves, Slava Tsukerman’s surreal Liquid Sky (1982, with the director in attendance on the 27th and 28th) and Richard Donner’s iconic Superman (1979), possibly the most faithful silver screen adaptation of the Man of Steel as originally envisioned by the children of Russian Jewish immigrants.

Merchant-Ivory’s Maurice has been restored.

A new 35mm print of Reservoir Dogs will screen in honor of the film’s 25th anniversary.

The Adventures of Robin Hood and How to Succeed in Business Without Really Trying are screening.

Before Twin Peaks returns on Sunday, catch up with its cast’s best turns via “Peak Performances.”

Land of the Dead, Fast Five, and Fast & Furious 6 have midnight showings, while TimeCop plays before noon.