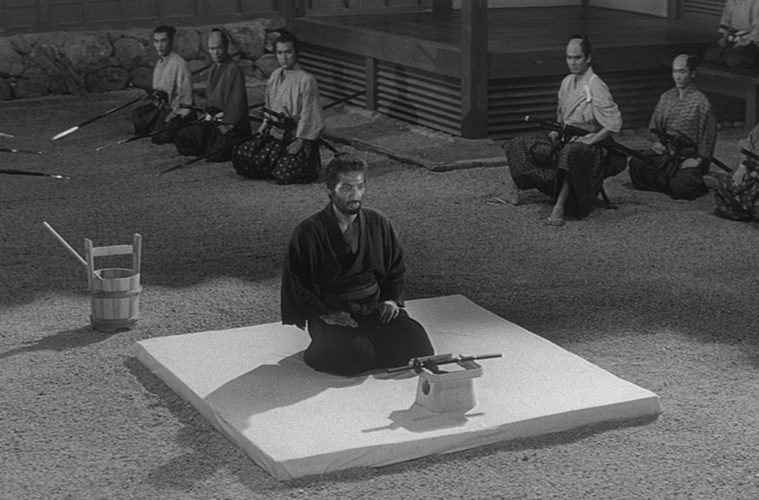 “Portraying the Human Condition: The Films of Masaki Kobayashi and Tatsuya Nakadai” brings The Inheritance and Strike a Life for Nothing on Saturday; Harakiri and Kwaidan are offered on Sunday.

Films from Mann, Ray, de Toth, and more screen under the series “‘Written’ by Philip Yordan.”

Friday marks the start of “Titanus: A Family Chronicle of Italian Cinema,” which brings the work of Olmi, De Sica, Visconti, and more.

Apur Sansar plays on Friday, Saturday, and Sunday, while Ray‘s entire trilogy can be seen on the lattermost day.

A print of Truffaut‘s The Last Metro can be seen before noon.

Blue Velvet and Lost Highway (the latter on 35mm) play at midnight all this weekend. Late-night and early screenings of Mad Max have been scheduled.

A print of Philip Kaufman‘s Invasion of the Body Snatchers can be seen at midnight on Friday and Saturday.

For “Art Seen” and “The Works: Jeff Goldblum,” The Grand Budapest Hotel plays with brunch on Saturday and Sunday afternoon.

Running concurrent to that is Dr. Strangelove, showing as a part of “May Brunch: Cold War.”

The Shining screens on midnight throughout the weekend.