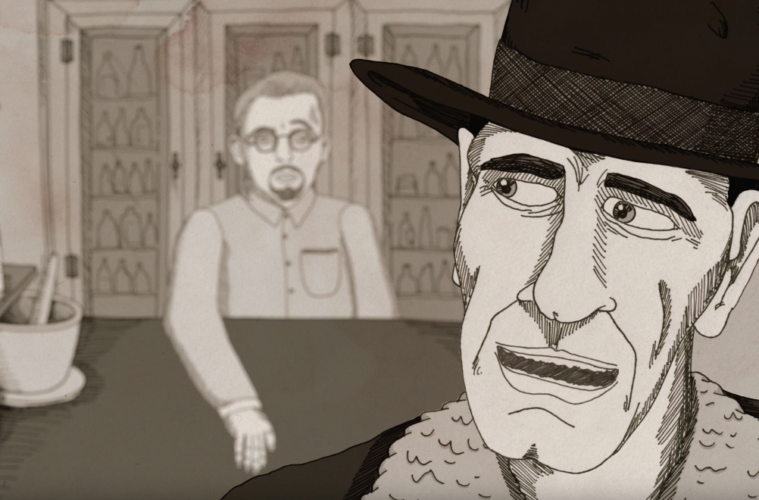 On virtually any page on the internet, you are one accidental click away from getting sucked into the scheme-filled underground of odd pills and procedures that promise a quick fix to any health issue. The closest equivalent of this back in 1917 can be found with Kansas doctor John Romulus Brinkley, who said he could cure impotence by transplanting goat testicles into men.

Our Nixon director Penny Lane is now exploring the story in the partially animated Nuts!, which premiered at Sundance and will arrive in theaters next month. Ahead of the release, the first wild trailer has landed, which shows off that his initial scheme was only the beginning.

We said in our review from Sundance, “A wild and sympathetic look at medical quackery, Brinkley devotes much of his career to magical cures, some of which we might commonly think of as placebo. Lane’s touch is lighter and more playful than its subject matter may require, added by the rough animation, articles and narration provided by Gene Tognacci.”

Inventive and wildly fun, NUTS! recounts the mostly-true story of John Romulus Brinkley, a Kansas doctor who in 1917 discovered that he could cure impotence by transplanting goat testicles into men. From there, the story only gets more bizarre.