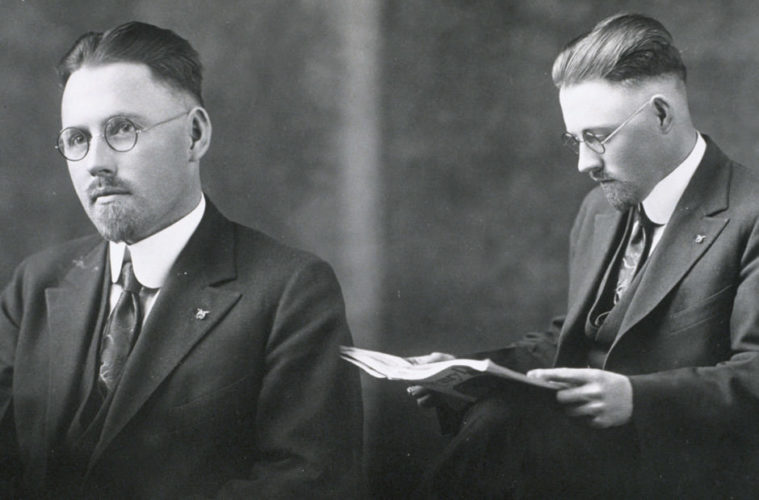 Penny Lane‘s Nuts!, following the life and chronicles of quack doctor, politician, and radio broadcaster John Romulus Brinkley — who skirted the FCC, medical establishment and international law as he was run out of Kansas — was one of many highlights this year at the Sundance Film Festival. Hilarious, yet strangely sympathetic, the film’s story is so absurd, Lane (known best for her intimate look at happier days in a troubled presidency, Our Nixon) deploys animated reenactments alongside archival materials creating a character study that both plays into Brinkley’s spin machine while pushing against it.

We spoke with director about the evolution of the film, an eight-year process kickstarted by stumbling across the story in a public library, leading to the film’s theatrical release right in the middle of a heated presidential election year. Check out the conversation below, along with an exclusive clip from the film.

Congratulations on the film. I like it because it tells a true story that really is stranger than I think even the Coen brothers could have fictionalized. How did you stumble across the saga of John Romulus Brinkley?

Yeah, I like that reference. Thank you. I found the story in the public library around 2008. I read a book called Charlton, which is a biography of Brinkley written by Pope Brock who is one of the main interview subjects in the film. And, as you said, it has a kind of instant appeal in that sort of feeling of like, the story is so great, how have I not heard it before and more specifically how has no one made this movie yet? And you look for that as documentarian, you’re always kind of scanning for that feeling. I get that feeling a fair amount. What made this subject appealing to me is to play formally with the idea of a documentary about this inveterate liar. Initially, it was all archival and I realized early on in the process that the archival material was really all promotional for him, and it wasn’t typical archival material. It was really all authored by him and his business machine, his PR agents, his marketing people. The archival was really fun, but it was also really specific, so as a documentarian who works a lot with archival material, I’ve never seen an archive like this. It’s all one-sided and from his point of view — all designed to make you vote for him or come to his hospital. So that was part of what was so appeal early on.

I think the animation works so well because you’re able to take back part of that narrative from his spin machine. Was that a decision that was clear once you started the project?

Exactly. That’s why I had to do it. Without that I wouldn’t have had a movie. I didn’t have a character. All I had was his ads, which are interesting but they couldn’t direct a storyboard, so I knew I had to create the character somehow. The idea of animated reenactments came in about two years into the project and that was in collaboration with Thom Stylinski, who wrote the film. Initially, he came on board specifically to help me write these reenactments because initially I said, “I have no idea how to write a script. I don’t do that. I don’t know how to write dialogue.” So that’s how that started, but then it took five years to get it done. We were like, “Okay, we’re going to use animated reenactments because we need some way to create this character because we need people to like this character and fall in love with him, and root for him and the archival wasn’t going to do that.”

See an exclusive clip from Nuts! below.

It’s quite interesting you say that because the film is strangely sympathetic to Brinkley, especially during his trials and the folks that testified his cures worked for them. Was that surprising to you to find? Was that an organic thing or were these folks paid off?

Well, there’s a lot of questions there! And I share all those questions. It didn’t surprise me. That’s how these people operate, they have the ability to amass the support of the public and that’s their fan base. They don’t have the blessing of the establishment or real degrees for fancy institutions, but what they have is the ability to get the fans and bring the fans out. So that didn’t surprise me. But you’re right: the film is sympathetic to him to a certain extent, but in the end it does feel quite complicated because the film asks you identify with him and root for him. Most people report back to me tell me that works, but in the end you are put in a tough spot intellectually because on one hand you’re rooting for him and on the other hand you know he’s a bad guy  — he’s a con man whose entire career is spent fleecing people. But you care about him, so there’s some tension and confusion around who he was. I don’t know why he did what he did, but we can only guess.

You couldn’t have picked a better a time for the film to come out: a Presidential election year!

There’s no way I could have predicted these things 8 years ago.

This year, too, we also saw another documentary about medical quackery that was called in to question at Tribeca, Andrew Wakefield’s Vaxxed: From Cover-Up to Catastrophe. Your response to that film was shared quite widely.

I think I was so quick to have such a strong reaction to that film is because I spent so many years wrestling with questions about documentary film, ethics thereof, and specifically issues of medical charlatans who sometimes use the thing I do — the thing I love — to promote their own nefarious ends. So that film to me had a lot of red flags, and I don’t usually particularly feel qualified to speak up publicly on many issues, but this something that I felt so strongly about and I felt like I had the right to speak up about the issue because I had thought a lot longer about it than most people I knew did on this issue.

I think what’s quite interesting though about Nuts! and Our Nixon is you create your own path through a kind of history that could be a little dry or complicated and find a way to bring us into these stories. With Our Nixon, you were remixing archival materials. How do you approach these larger, unapproachable figures and make them personally engaging?

It was pretty different because on the last film I had either the blessing or the curse that everyone already knows a lot about Richard Nixon, so they come to the subject with a lot already. It’s a very different process than having to say, “Here’s this guy – you haven’t heard of him,” and feeling the film might be a definitive text on him versus, “Here’s another film about Nixon.”

I think most people don’t realize documentaries have directors and that the stories on screen were created by directors. They might be obeying certain types of rules of needing to be true or factual. One of the contracts you make with your audiences is that you’re not going to lie and there’s a lot of ways a director negotiates that, because they do have to shape a story. I just that with Nuts!, I wanted it to be so clear, if not by the beginning but certainly by the end that the story of John Romulus Brinkley is a very different story depending on who is telling it. It gets to the point in the film where you see archival materials like the photographs: you literally see my hand holding those photographs and moving them around. That’s a very obsessive, subtle detail but that’s exactly the goal I had with every one of these decisions. To say this isn’t a story I just found in the street somewhere, but this is a shaped, crafted experience.

Nuts! opens on Wednesday, June 22nd and will expand in the coming weeks.