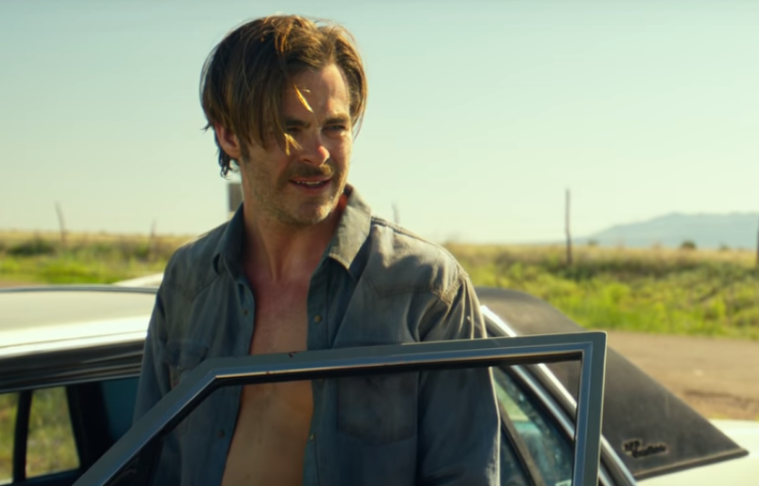 Nobody Likes the Banks in Third Trailer For ‘Hell or High Water’; Preview Nick Cave and Warren Ellis’ Score The third trailer has been released for Hell or High Water, Starred Up director David Mackenzie‘s familial outlaw tale of revenge and righteousness starring Chris Pine, Ben Foster, and Jeff Bridges. With less than a month away from release, this third trailer, shorter than the previous ones, is a more dialogue-constant approach, filling viewers into the plot instead of the pistolaro stylings of the first two.

We said in our review, “David McKenzie’s Hell or High Water is a gritty, darkly humorous, and fiendishly violent neo-western. Or, in other words, the type of film you might expect from a non-American director working in the United States. It borrows heavily from the Coen brothers and Cormac McCarthy, but it does so very well, thanks largely to a terrific script from Taylor Sheridan, the red-hot actor-turned-screenwriter who broke onto the scene last year with Sicario. It might usher in a new chapter of the Cambridge-born director’s career having come back strong in 2013 directing an inspired Jack O’Connell in Starred Up. Indeed, this relocation to the States should go some way to explaining an enjoyably plastic impression of West Texas, where T-bone steaks are served only medium rare and people say things like, “Sideways don’t wanna meet me. Unless it wants to find itself at the short end of a long street.” Or something like that.”

See it below, along with two excerpts from Nick Cave and Warren Ellis’ score and the tracklist (via Pitchfork).

A story about the collision of the Old and New West, two brothers—Toby (Chris Pine), a straight-living, divorced father trying to make a better life for his son; and Tanner (Ben Foster), a short-tempered ex-con with a loose trigger finger—come together to rob branch after branch of the bank that is foreclosing on their family land. The hold-ups are part of a last-ditch scheme to take back a future that powerful forces beyond their control have stolen from under their feet. Vengeance seems to be theirs until they find themselves in the crosshairs of a relentless, foul-mouthed Texas Ranger (Jeff Bridges) looking for one last triumph on the eve of his retirement. As the brothers plot a final bank heist to complete their plan, a showdown looms at the crossroads where the last honest law man and a pair of brothers with nothing to live for except family collide.