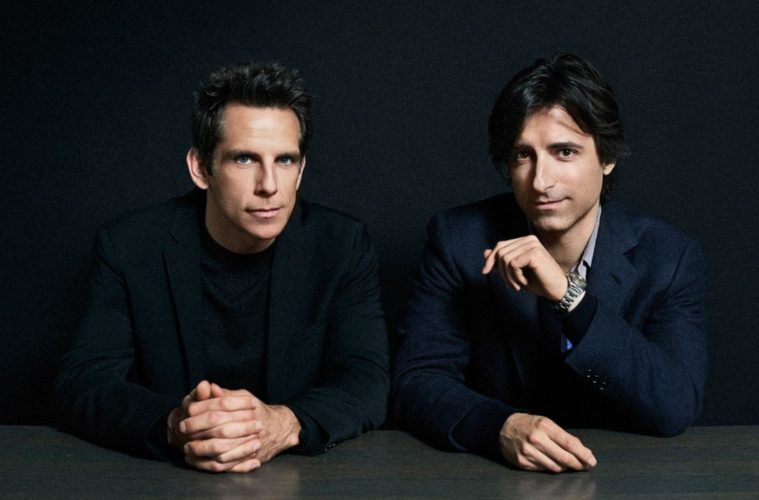 Following up last year’s one-two punch of While We’re Young and Mistress America (as well as his documentary De Palma, although it won’t be released until this year), writer-director Noah Baumbach is already shooting his next feature. Not unlike his previous ones, he went ahead with production before any sort of official announcement, so details are just now trickling in.

Titled Yen Din Ka Kissa (which translates to The Story of the Day from Hindi), the film stars Adam Sandler and Baumbach’s Greenberg and While We’re Young star Ben Stiller. As posted near the set in a filming notice, the synopsis says, “The film tells the story of an estranged New York family coming together in preparation of artist & patriarch Harold’s career retrospective.”

Along with Sandler and Stiller, we’ve also received word that Dustin Hoffman will play their father, Harold, which certainly makes sense, given photos that popped up just a few weeks ago. Emma Thompson also confirmed her part in the film with USA Today, stating her character is “a dreadful, passive-aggressive alcoholic.” They reference the movie’s title as The Meyerowitz Stories, so we’ll have to see which one it ends up being. According to some other photos that cropped up from the set, Grace Van Patten (Boardwalk Empire) also has a role.

With production only just beginning yesterday, one can expect much more casting to pop up in the coming days. In the meantime, stay tuned, and check out the posting below.

What do you think of the cast thus far for Baumbach’s next feature?