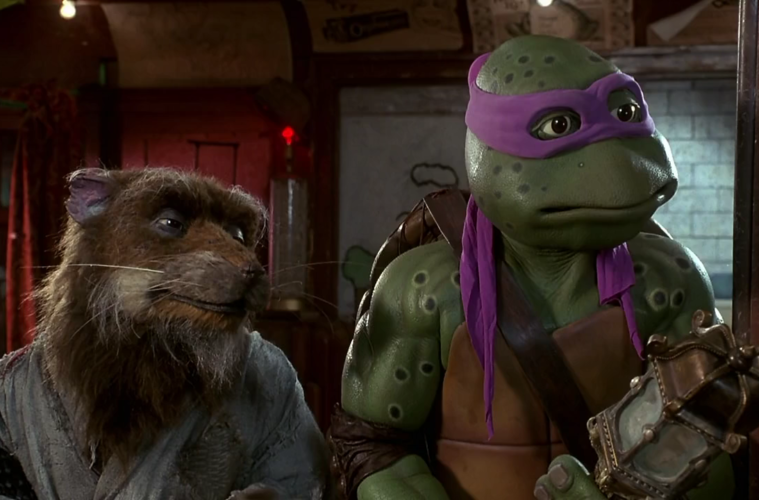 Ever since Michael Bay first announced details on his upcoming Teenage Mutant Ninja Turtles reboot, fans have been in an uproar over his abrupt changes in the mythology (in this version, the turtles are actually aliens). But while everyone blew a gasket, part of me wondered if maybe they were going just a little too far in their hatred. I mean all they had to go on was Bay’s own words and little else; it’s not like there’s a script floating around or anything. Well, at least until now.

The anti-TMNT reboot blog TMNT, NOT TANT got their hands on a copy of the script and as you can guess, they didn’t respond very well to all of the changes. According to their review, the story focused more on Casey Jones and April O’Neil and their relationship spats than the turtles themselves and was filled with horrible dialogue and other such negative remarks. While the review itself is ridiculously over-the-top in its vitriol (imagine an even nerdier and more unpolished Harry Knowles rant), the script in question is pretty wretched from the pieces I’ve read. And worse than that, it’s a real enough version to have Paramount email the blog with a cease and desist order.

So with all the fears of the TMNT faithful, where does that leave the project? Production was pushed back in June (for, you guessed it, script issues), but Paramount still has it slated for May 2014, so it’s not like it’s completely off the radar. The movie will still happen, I have no doubt about it; but at the same time giving the project this extra time may actually help it. Although Paramount didn’t want the script to be leaked, the negative feedback could actually be a benefit and result in them making a better movie (or at least one with a better script). Or they could just ignore it and chalk it up to sour grapes from old fanboys, and keep on the same path.

And if they keep on the same path, I’m still going to see it because I’m not married to the mythology of the Turtles. I loved them growing up, but I also didn’t have a mini-stroke over the fact their whole story got changed. Honestly I say go for it; if you’re going to reboot something, might as well change some stuff around to make it worth the money. Why go through the same path that four movies have already walked?

Have you read this leaked Ninja Turtles script? Is it as terrible as everyone is saying?