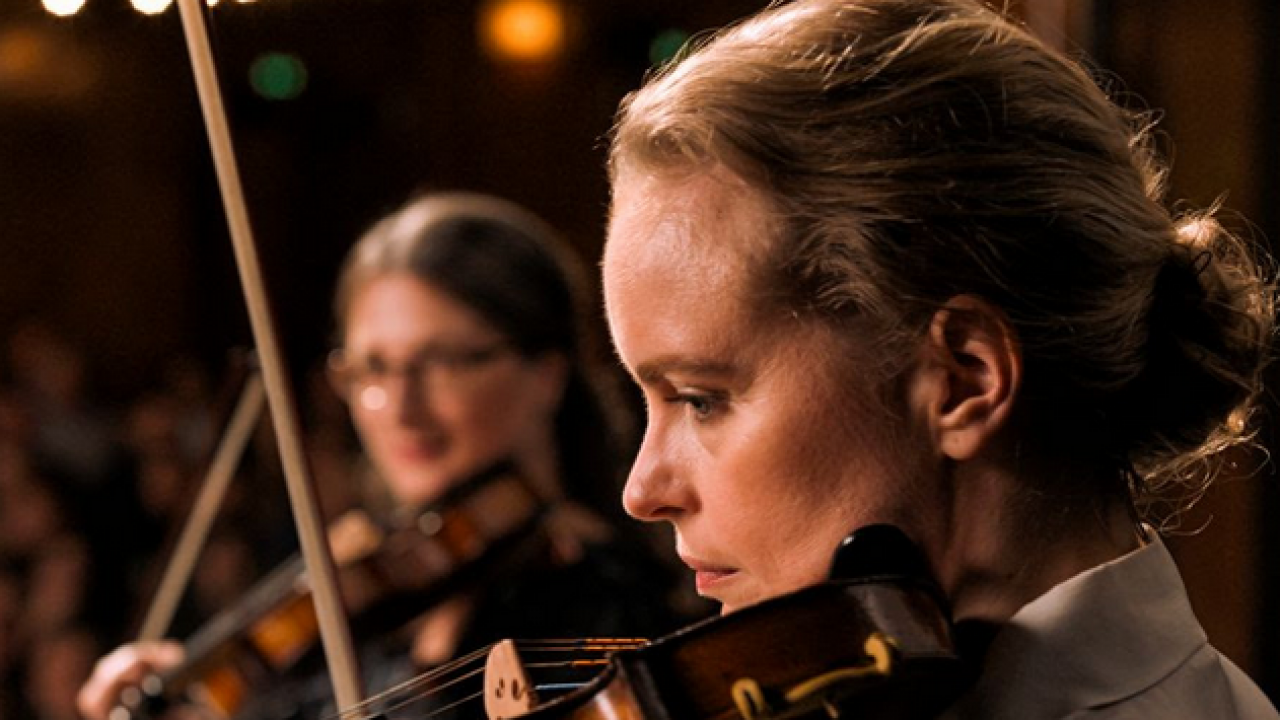 Simply one of the greatest actresses working today, every time Nina Hoss delivers a new performance, it’s a cause for attention. Her latest film looks to be no exception. Directed by Ina Weisse, The Audition follows Hoss’s character of Anna, a strict violin teacher who fixates on a pupil’s upcoming audition, at the expense of her crumbling marriage and relationship with her young son.

While spoiling plot points would be unwise, the trailer presents the film as a psychological thriller of sorts, looking like a cross between The Kindergarten Teacher and The Piano Teacher. A French-German production, The Audition played at Toronto International Film Festival last year to rave reviews for Hoss’s performance.

Josh Lewis said in our review, “German actor-director Ina Weisse brings a sense of quiet severity to her latest film The Audition, which intimately follows Anna (Nina Hoss), a violin instructor at a high school that specializes in gifted musicians, as she begins to project her own thwarted potential onto her new pupil Alexander (newcomer Ilja Monti) and finds herself so invested in his success that her anxieties and resentments about resigning herself to a life of mundane normalcy bubble to the surface and soon infect her relationships with everyone around her.”

Set to arrive in Virtual Cinemas beginning June 26, check out the trailer below.

Anna Bronsky is a violin teacher at a music-focused high school. Despite the opposition of all other teachers, Anna drives through the admission of a student, Alexander, in whom she detects a remarkable talent. Committed, she prepares him for the intermediate exam and neglects her family – her son Jonas, whom she brings into competition with her new student, and her husband Philippe. Her colleague Christian, with whom she has an affair, persuades her to join a quintet. When she fails during their joint concert, the pressure mounts and she focuses all her attention on her student Alexander. Come the day of the exam, events take a tragic turn.

The Audition is being distributed by Strand Releasing and will be released on June 26th.