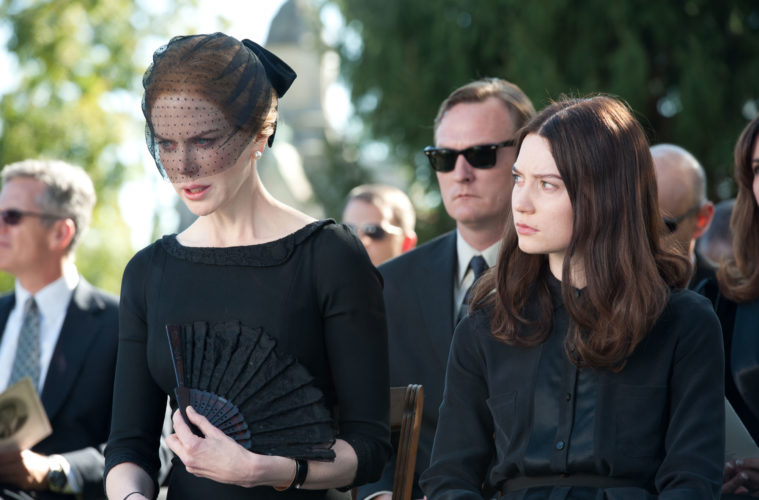 One of the pleasant, but expected, additions to the Sundance Film Festival line-up was the latest film from Fox Searchlight, Stoker. Marking Oldboy director Park Chan-wook‘s Hollywood debut we’ve been waiting for this unsettling familial tale for quite some time and as an early 2013 release approaches, we’ve got a few more pieces from the film.

Above, one can see Mia Wasikowska look on to a mourning Nicole Kidman at her father’s funeral — don’t worry, it’s the first scene in the film. Then below, we can see the progression as her creepy uncle, played by Matthew Goode, decides to move in and well, judging from this poster, things get bloody fast. Check out the new promising poster below, found by Bleeding Cool, and look back for our Sundance reaction. Stoker opens on March 1st, 2013 after a Sundance premiere.