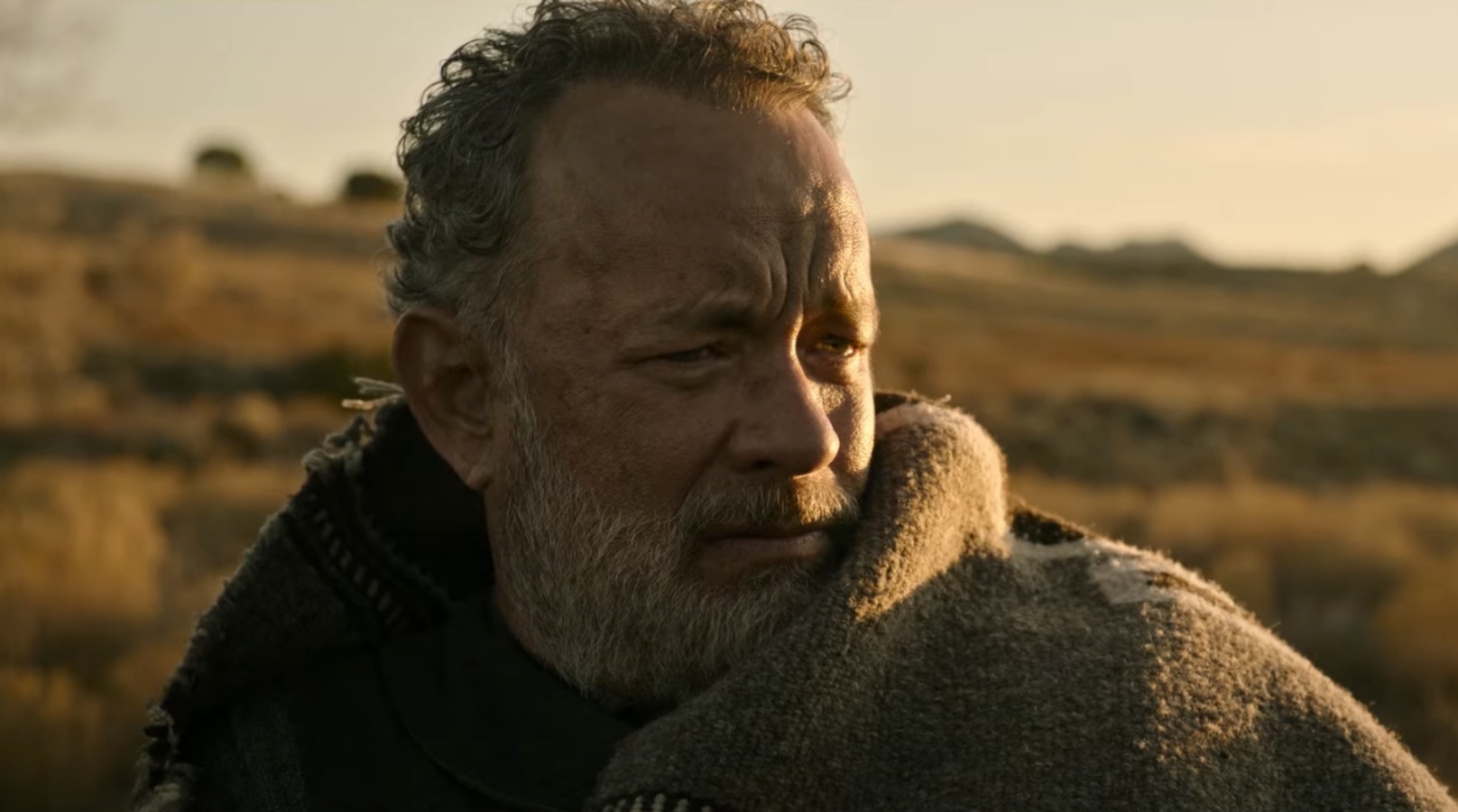 When things get tough, I’ve always turned to the Western for clarity and reassurance. Maybe it’s because most of these films are about finding solace during uncertain times, pursuing peace where none has existed before. Though central themes of sacrifice and redemption are certainty well-trodden in the genre, filmmakers from Budd Boetticher to Kelly Reichardt remind us why they can be infinitely tweaked and subverted to reveal something new within the familiar.

Watching Paul Greengrass’ sturdy new saddle opera News of the World in the late stages of 2020 felt thoroughly cleansing in this regard. Set in post-Civil War Texas, it doesn’t shy from acknowledging the racial violence, ideological bitterness, and economic distress Reconstruction has brought to the region. Tom Hanks plays Capt. Jefferson Kyle Kidd, who in the years since the war has traveled from one Panhandle town to the next reading out-loud the latest news to captured (and sometimes enraptured) audiences.

“It’s not a wealthy man’s profession,” Kidd later confesses, but it’s one where he’s able to act as conduit between national and local experiences. And who better to fulfill this role of transparency than America’s cinematic everyman? His simple, linear pilgrimage across an America in transition is complicated after stumbling upon Johanna (Helena Zengel), a young German girl being transported south to her closest relatives after being taken by the Kiowa six years previous. Racist marauders have lynched the Black man tasked with Johanna’s safe passage, forcing Kidd to step in and take custody.

Like many Western protagonists, Kidd initially recoils from embracing this responsibility from fear or guilt. Through most of World‘s first act he tries more than once to pass off Johanna to government officials and more “suitable” civilized guardians. But eventually he grows resolved to the fact that ensuring her safety will be his mission and his alone. “I found her, I’ll take her.” In a year when civic duty has been so thoroughly ridiculed and questioned, News of the World and its earnestly expressed themes feel especially poignant.

On the back roads and open prairies, violence and demagoguery await. Every encounter with civilization, from the bustling streets of Dallas to the hellish white-nationalist dystopia of Erath County, exposes Kidd and Johanna to many of the various ideological and capitalist directions America will take as a country. News of the World can thus play a bit obvious in its parallelism to the scourge of MAGA misinformation and hate.

But Greengrass builds every wide-angle frame around the era’s incomplete infrastructure and bustling commercial potential. He favors deep focus shots where blocking and detailed production design relays America’s perpetually reinvention, tempering the patented frenetic hand-held camera approach and typical onslaught of fast cuts endemic to his previous work. The film’s centerpiece—a brilliant mountainside action sequence—utilizes terrain and directionality in ways reminiscent of Anthony Mann’s best work, and is just as intimately tense as the climax of The Naked Spur.

News of the World never again achieves that same visceral high; it doesn’t need to. It seamlessly segues into a moving two-hander that explores the nature of family, language, spirituality, and purpose. At the center of it all is Hanks, our moral compass, our trembling hand, who has amazingly never headlined a Western in his four-decade career. Only his bearded, weary face could have brought such empathy and grace to a brutal portrait of rotting Manifest Destiny forever stuck in the mud.

News of the World opens in theaters on December 25.