Finch Review: Tom Hanks Gets His Chappie in Inconsistent Yet Charming Sci-Fi Drama 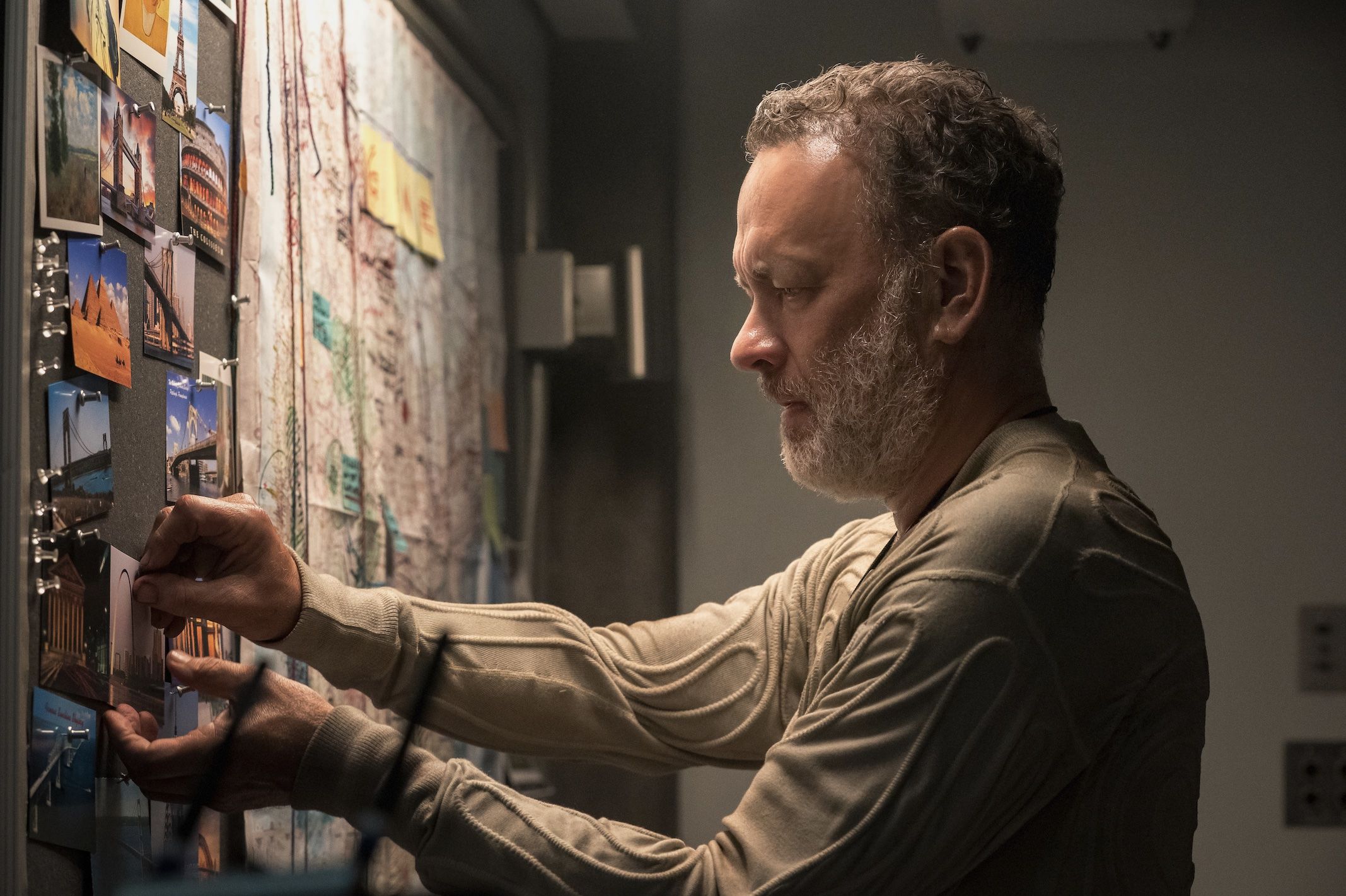 Listen closely while watching Finch and you can almost hear a studio exec’s elevator pitch. It’s certainly apparent in every single frame of the film, almost to a tee designed to live up to the proposition of being “Turner and Hooch meets Cast Away in a post-apocalyptic future.” This might be a reductive way to view the latest effort from veteran TV director Miguel Sapochnik, making his first feature-length effort in more than a decade––but the filmmaker is at least self-aware enough to know his film is at its most palatable when coasting by on this familiar charm. Finch is a vehicle designed for Hanks in the very sense that it wants you to think of it as the connective tissue between those two former glories, even as it plainly struggles to reach their modest heights.

World-building for this ravaged America is largely left to the imagination. There’s a nagging sense that contextual details are kept at a minimum to transform a bleak premise into wholesome family viewing, with no gritty modifications to Hanks’ movie-star persona despite the desolate landscape around him. Will Smith in I Am Legend he is certainly not. As Finch he’s once again the empathetic everyman thrown into extraordinary circumstances, a genius inventor with days left to live from radiation poisoning after straying too far in the sunlight. Before he passes, he has only two jobs: to build a machine that can look after his beloved pet dog following his death, and to spend the remaining time on Earth traveling to a safe space away from the extreme weather conditions still ravaging the country. Before you know it he’s built his very own Chappie, and the trio are cruising in Finch’s RV all the way down to San Francisco, battling the elements along the way.

That Chappie comparison isn’t flippant. From the moment Finch programs his tinpot android it becomes an offbeat comedy about a childlike, mechanical creation learning concepts of morality in real time. And similarly to Neill Blomkamp’s much-derided film, that cutesy innocence can be jarring when placed within the context of something much darker. In this case it’s the sense that the director has unwittingly created a children’s film that can only be appreciated by older audiences, slowly transforming into an existential reflection on aging that couldn’t be further removed from the slapstick robot hijinks. There is no question a critic can ask that’s less useful than “who is this for?”––but while many may be enthralled by individual elements, it’s hard to imagine there is anybody who will be enamored by the whole package.

The robot, who is given the name Jeff as he continues to bond with Finch, also recalls Chappie on a more basic level: you’re either going to find its naive manner charming or deeply irritating, to say nothing of what can only be described as a comedic Russian accent. Perhaps the only surprise in a film defined by its familiarity is the moment you realize this creation has been brought to life by Caleb Landry Jones, who plays it via motion capture. The actor is hardly known for his comedic abilities, so his broad, charming performance manages to feel revelatory, even if he is working with material that elicits far more groans than laughs.

Luckily he’s the high-wire sidekick to an actor who can play a nurturing father figure in his sleep, ensuring a genuine sweetness that can ground their blossoming friendship even as it doesn’t deviate from any of the narrative beats you expect. You probably know the drill; Jeff’s programming is interrupted, so he has to rely on Finch to learn more about the world—a process that brings the pair closer together, even as its all too apparent it can only end in tragedy. There’s an increased tactility to Jones’ performance as the film progresses, this already impressive mechanical beast uncannily assimilating into later scenes when hidden in human clothing and the actor’s awkward movements making Jeff uncomfortably lifelike. It only reinforces that the actor is giving an effective physical-comedy performance while working with material anybody would struggle to elevate.

Due to superficial similarities with Turner and Hooch and Cast Away, in addition to a narrative directly dealing with mortality, it is something of a surprise the film doesn’t serve as a eulogy to Hanks’ star persona; an aging Hollywood icon confronting former glories at the seeming edge of the universe, a narrative template used in everything from Unforgiven to The Life Aquatic. The film is a reflection on aging, complete with a schmaltzy but surprisingly moving monologue to be expected from a project that reunites Hanks with Robert Zemeckis (who serves as executive producer, but whose influence is naturally inescapable), yet its narrative aims are far more modest. Despite the ruined planet around them, Finch is unconcerned with exploring it, squarely keeping the focus on a man, a robot, and their canine companion.

As such, it’s a film that often goes out of its way to avoid spectacle (save for a couple of extreme weather set pieces) to focus strictly on this dynamic. You can understand why Universal kept it on a shelf before selling to AppleTV+, even if the way it portrays man’s relationship to his best friend will likely resonate with pet owners more than they’d expect. It certainly deserves some plaudits for not killing off the dog like so many other films would. Finch is inconsistent, but ultimately charming, even as it will likely be a footnote next to the Hanks star vehicles it’s desperately trying to emulate.

Finch is streaming on AppleTV+ from November 5.