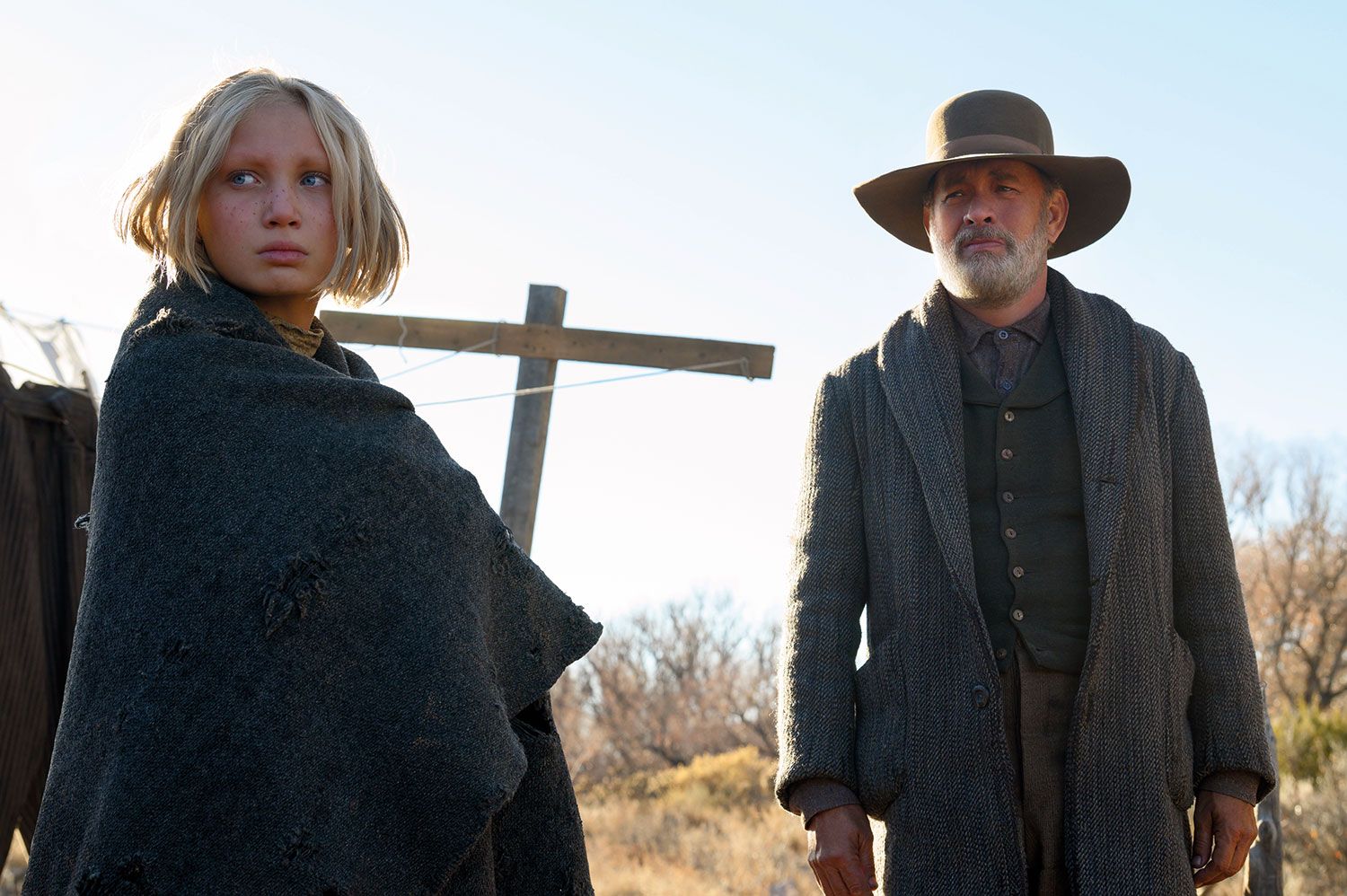 After once again dramatizing a horrific act of terrorism with his latest film, 22 July, Paul Greengrass is returning this holiday season with a new project and one which has a bit more audience appeal. Reteaming with his Captain Phillips star Tom Hanks, News of the World follows Captain Jefferson Kyle Kidd, a Civil War veteran who has ended who travels from town to town delivering the news. He is tasked with returning a child to her biological family after having been taken by and raised by the Kiowa people.

After a brief tease, Universal Pictures have now released the full trailer for the film co-written by Greengrass and Luke Davies (Lion), and based on the National Book Award finalist and best-selling novel by Paulette Jiles. With cinematography by Dariusz Wolski (The Martian, Pirates of the Caribbean series, The Counselor), the style looks like a welcome change of pace for Greengrass.

The director said the film “is set in a bitterly divided, dangerous world and it is a journey of discovery for both Captain Jefferson Kyle Kidd (Tom Hanks) and the girl, Johanna (Helena Zengel). Both characters are lost in different ways and are searching for belonging.  That is what gives the journey tremendous emotional power.  Kidd and Johanna have great adventures whilst overcoming great dangers, and ultimately, the film is about a journey towards redemption.”

Five years after the end of the Civil War, Captain Jefferson Kyle Kidd (Hanks), a widower and veteran of three wars, now moves from town to town as a non-fiction storyteller, sharing the news of presidents and queens, glorious feuds, devastating catastrophes, and gripping adventures from the far reaches of the globe.

In the plains of Texas, he crosses paths with Johanna (Helena Zengel, System Crasher), a 10-year-old taken in by the Kiowa people six years earlier and raised as one of their own. Johanna, hostile to a world she’s never experienced, is being returned to her biological aunt and uncle against her will.

Kidd agrees to deliver the child where the law says she belongs. As they travel hundreds of miles into the unforgiving wilderness, the two will face tremendous challenges of both human and natural forces as they search for a place that either can call home.

News of the World opens this Christmas.