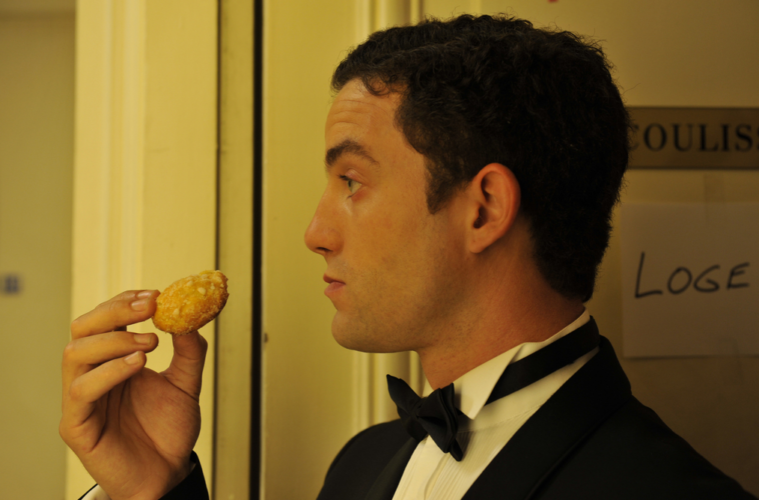 While every other post on the site seems to be currently talking about this year’s fall festival slate, it’s time to take a trip back to last year. Premiering at Toronto International Film Festival in 2013, Attila Marcel marked the live-action debut from director Sylvain Chomet, who has given us the stunning animations The Triplets of Belleville and The Illusionist.

Inspired by Buster Keaton and Jacques Tati, the film follows a mute, sweet-natured man-child whose reawakened childhood memories unleash marvelous musical fantasies. Thanks to a U.K release this week, a new trailer has now landed which sells a whimsical, fun time. The buzz last fall seemed to be low, but perhaps it just got lost in the shuffle. Courtesy of Film Divider, check it out below along with a poster and extended synopsis. As Chomet is already underway on his next animation, also note that it’s still, unfortunately, without U.S. distribution. With The Triplets of Belleville and The Illusionist, French director Sylvain Chomet created animated films of unusual wit and delicacy, charming audiences with stories and characters that seemed to emerge from some gentler era. For Attila Marcel, his first live-action feature film, Chomet recreates that era with all the visual invention of his animated work.

Paul is a sweet man-child, raised — and smothered — by his two eccentric aunts in Paris since the death of his parents when he was a toddler. Now thirty-three, he still does not speak. (He does express himself through colourful suits that would challenge any Wes Anderson character in nerd chic.) Paul’s aunts have only one dream for him: to win piano competitions. Although Paul practices dutifully, he remains unfulfilled until he submits to the interventions of his upstairs neighbour. Suitably named after the novelist, Madame Proust offers Paul a concoction that unlocks repressed memories from his childhood and awakens the most delightful of fantasies.

Guillaume Gouix plays Paul as an innocent lifted from a silent comedy, his face welcoming the strangest of sights with simple, open curiosity. And Chomet gives Paul much to witness. The rails of a staircase become a musical instrument. Ukuleles take on totemic force. A tango-dancing scene between Paul’s parents shifts to wrestling, and back again.

Designing this live-action film with the same grace he brought to his animation, Chomet wraps Paul’s adventure in deadpan absurdity that draws comparisons to Buster Keaton and Jacques Tati. As with those directors, and with Wes Anderson, Chomet’s whimsy carries serious intent. Attila Marcel is a sad comedy about time passing, memories recalled, and the ephemeral beauty of life.