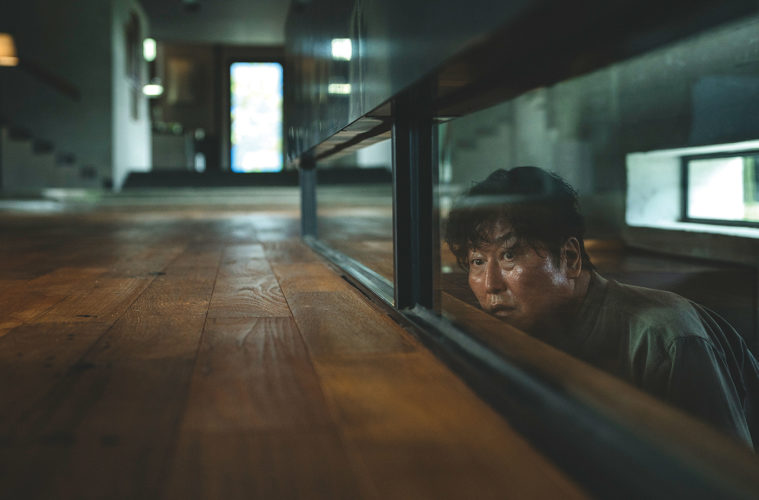 Full-fledged, complicated, rapturous romance is relatively rare in cinema nowadays, and one of the very best examples is Ryūsuke Hamaguchi’s Asako I & II, which uses its doubled lovers as a way to reflect back upon its main character, in all of her doubts and uncertainties. Deeply rooted in its present moment, yet prone to flights of fancy as transportive and unreal as any in contemporary filmmaking, the film delights as much as it aches, staying in close step with the turns caused by the whims of the self and the other, moving back and forth in rapture. – Ryan S.

Comparisons of Black Mother to cinematic poetry are apt, but it’s harder to pinpoint than that, more aptly described in relation to sound or music–free-flowing jazz, fluidly connecting otherwise inconceivable strands of culture, politics, and history in Jamaica. The faces shown rarely match the soundscape and the audio and visual components of the film seem to operate parallel to each other. Words, in this case, fill in what traditional scoring tries but often fails to accomplish. – Jason O. (full review)

Give Me Liberty (Kirill Mikhanovsky)

If it wasn’t Vin Diesel behind the Fast & the Furious franchise, but rather a second-generation Russian-American living in a frigid Wisconsin, and if our protagonist’s goal wasn’t a victorious street race or bank heist, but rather dropping off handicapped people to their destination and his relatives to a funeral, you might have something like Give Me Liberty. A kinetic, comedic journey taking place over a day, Kirill Mikhanovsky’s film is a bit too needlessly frenzy as it eventually runs out of steam, but is potent in its exploration of shared cross-cultural experiences. – Jordan R. (full review)

One of the most famous Americans who has ever lived, despite being born in the humblest circumstances imaginable; whose life was full of heroic actions with life-or-death stakes undertaken despite razor-thin margins of error; who is a figure of enormous moral consequence and whose life spanned an era of great historical import, Harriet Tubman was also a black woman, and thus it is only now, 66 years after The Eddie Cantor Story (for instance), that she is the subject of a Hollywood biopic. This is an obvious observation, but one nevertheless worth making. The flip side of it, though, is that it was always likely that Harriet would fail to live up to its subject—that the conventions of the biopic genre would feel more reductive than usual when it’s Harriet Tubman’s life and times being compressed into a two-hour arc enacted by actors with very 21st-century teeth. And so it proves. – Mark A. (full review)

While Jean-Luc Godard’s canonized ‘60s films may garner ample discussion in film studies classrooms, such a myopic understanding of his entire oeuvre only represents a single decade of innovation in a body of work that regularly challenges the status quo. From the radical Dziga Vertov era and its political discourses to the Anne-Marie Mielville Son-Image collaborations to the more recent video essay work, each of his films after the New Wave signify a fundamental Godardian instinct to not only espouse complex dialectics but also to reinvent the expression of those themes. His latest work, The Image Book, is no different, retaliating over this modern era of neutered political cinema with an energetic history lesson about the medium’s legacy in (mis)representing the atrocities of the 19th and 20th centuries. Like many of his art statements, this is overlooked because of the ways in which it challenges the spectator with overwhelming formal reconfiguration and brash commentary; like many of this characterization, it readily deserves a viewing–if not for the ideals at its core, then at least for the very necessary reminder that film can be more than its limitations. – Jason O.

Beginning with what would be the climax of a standard action film, John Wick: Chapter 3 – Parabellum runs like a well-oiled machine, delivering exactly what you want in ways you didn’t know you wanted. Picking up mere moments after chapter two’s finale, there’s only a few minutes on the clock before John Wick (Keanu Reeves) becomes “excommunicado” with a $14 million price tag on his head, and all of the world’s assassins on his tail. Blood is on his hands after a verboten killing on the Continental Hotel grounds so he’s on the run, and his options are running short. – Jordan R. (full review)

Paul Thomas Anderson’s not-quite-Scientology-but-maybe-it-is? epic is his most deliciously obtuse puzzle. The Master is all jagged edges, never quite coalescing into anything recognizable, and that’s part of its charm. What other filmmaker would create film of such a mystery? And who else would dare to unleash Joaquin Phoenix in such a way? It is easy to forget now, a few years after release, that this was his first film of the post-I’m Still Here era. It is also easy to forget that, remarkably, Philip Seymour Hoffman did not win a Best Supporting Actor Oscar for his muscular, unforgettable performance as Lancaster Dodd, leader of “The Cause.” (Somehow, the work of Christoph Waltz in Django Unchained was deemed stronger.) Today, Phoenix and Anderson are basking in the hazy success of Inherent Vice, Amy Adams is one of the world’s biggest stars, and Hoffman, of course, is no longer with us. For all of these principles, The Master represents a dizzy, unsettling high, and one of the unquestioned triumphs of 2010s cinema. – Chris S.

In Pedro Almodóvar’s intimately confessional drama about an aging filmmaker reconciling with a life of achievements and heartaches, everything is reduced to its purest form. There are no stunts, no tricks, no hurry. One instead finds themselves captivated and emotionally shattered by the wise, gentle voice of a master storyteller who has nothing left to prove. As his stand-in, Antonio Banderas commands the screen with an equally unflamboyant, minutely lived-in performance that lingers with palpable warmth. Watching both of them at work is to experience cinema at its most truthful and transcendent, something so vividly, sincerely realized it feels less orchestrated than simply remembered. – Zhuo-Ning Su

Over the course of his career, Bong Joon-ho has come to define himself as a maestro of the tonal tightrope, and Parasite continues that immaculate balance. Devilishly funny, equally tender, and more than a bit depraved, this deconstruction of contemporary economic class and status nimbly executes a constant subversion of its character dynamics. With pitch-perfect timing on its rug pulls, the film’s dexterity with comedy, horror, suspense, and outright tragedy is punctuated by a commanding cast, who collectively give some of the best performances of the year. In unsure hands, Parasite could have been rendered an untenable mess. Bong’s brazen commitment delivered a richly textured, empathetic, and deeply affecting masterwork. – Conor O.

Before Chloé Zhao broke out with her stunning drama The Rider, she made her debut with Songs My Brothers Taught Me, also set in South Dakota. A premiere at Sundance Film Festival, the story follows a brother and sister on the Pine Ridge Indian Reservation. Ahead of two new films from Zhao this year, this 2015 debut is now available on The Criterion Channel.

The Cave
The Golden Glove (review)
The Wave (review)