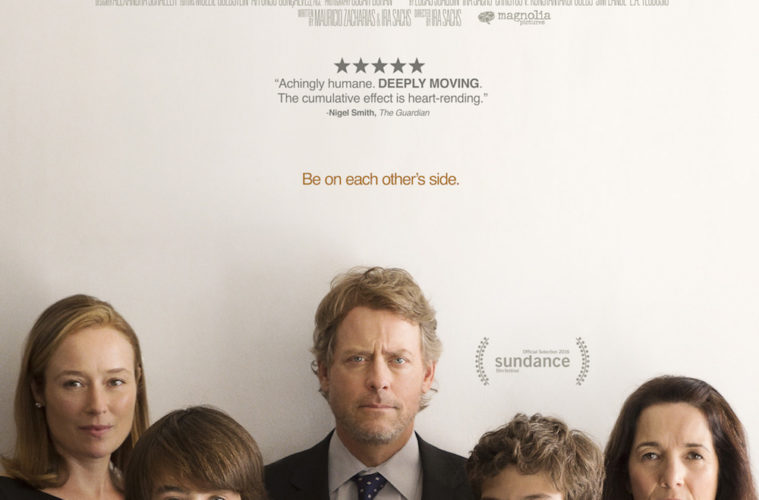 Little Men could have been so much more if its perspective leaned towards the opposite direction. Why a story dealing heavily with gentrification and unfair leasing practice devotes more time to the gentrifiers than the displaced is a mystery to me. It might be more “challenging” in terms of audience sympathy, but it’s not as though the movie does all that much to make them sympathetic. Greg Kinnear’s Brian may be kicking up the lease on the shop below his family’s new Brooklyn apartment, but, hey, he’s a struggling actor and is dealing with a crisis of masculinity over how his wife makes more money than him. So clearly it’s worthwhile to spend more time with him than with Leonor (Paulina Garcia), the longtime proprietor of the shop he’s about to evict, right?

Of course, the movie is not about either of them. It’s about their sons, Jake (Theo Taplitz) and Tony (Michael Barbieri), who strike up a fast friendship after Brian, Jake, and Jake’s mom, Kathy (Jennifer Ehle), move in. But the preteen bros’ bond over video games and artistry (Jake is a painter and Michael is an aspiring actor) is threatened by the conflict between their parents. Brian, who inherited the apartment and shop from his recently deceased father, sees in it a chance to make bank on the soaring property value of the area. But business is not booming for Leonor and she can’t pay the proposed new rent. The script, by frequent collaborators Ira Sachs (who also directs) and Mauricio Zacharias, astutely lays out how pettiness and chillingly simple greed can shred interpersonal relationships. The contrast between the straightforwardness of these kids and the roiling, mixed emotions of the adults is simple, even archetypal, and it works.

The film is nice. It’s shot, edited, and scored with a low-key sensibility in mind at all times. Even the most torqued arguments never rise above disgruntledness on the part of these characters. The actors are all perfectly able, none but maybe Garcia approaching something truly memorable. The young newcomers playing the boys are decent. Taplitz is called upon mainly to meek about, while Barbieri is handed most of the would-be-big-laugh moments.

It’s very strange, but as often as Little Men’s effortlessness seems like an artistic accomplishment, it comes across as if there’s a simple lack of effort put into it. It’s content to be a simple, small story, and mostly pulls that off. But there’s nothing larger contained within that hit me on any particularly deep level.