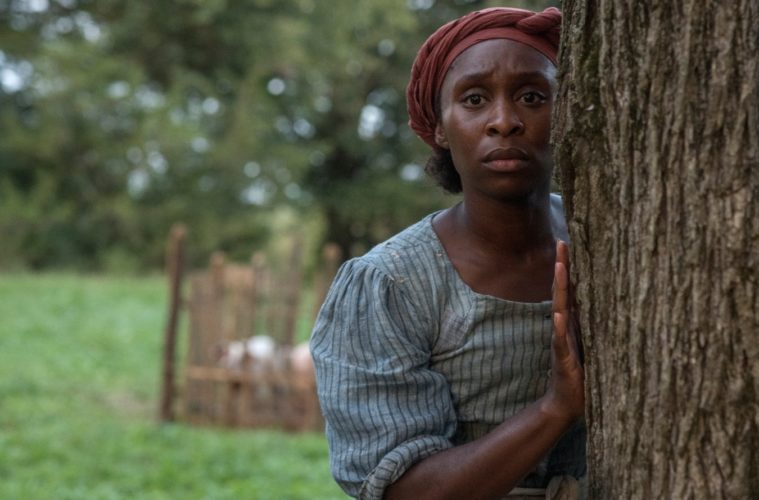 TIFF Review: ‘Harriet’ is Beautiful But Burdened by Biopic Conventions

One of the most famous Americans who has ever lived, despite being born in the humblest circumstances imaginable; whose life was full of heroic actions with life-or-death stakes undertaken despite razor-thin margins of error; who is a figure of enormous moral consequence and whose life spanned an era of great historical import, Harriet Tubman was also a black woman, and thus it is only now, 66 years after The Eddie Cantor Story (for instance), that she is the subject of a Hollywood biopic. This is an obvious observation, but one nevertheless worth making. The flip side of it, though, is that it was always likely that Harriet would fail to live up to its subject—that the conventions of the biopic genre would feel more reductive than usual when it’s Harriet Tubman’s life and times being compressed into a two-hour arc enacted by actors with very 21st-century teeth. And so it proves.

Cynthia Erivo (whose Widows-vetted athletic gravitas makes her a good fit for the role) is Tubman, who begins the film as an illiterate slave and finishes it as the most famous conductor on the Underground Railroad and a national icon. Aside from the characters’ scarred backs, the sadism of slavery is primarily represented through dramatic ironies, such as young Tubman’s owners denying her legal basis for freedom in the film’s opening scene; from there, the film tracks her solo escape from Maryland to Philadelphia and the arms of the genteel abolitionist movement, via a network of churches and Quakers and navigation by starlight, and her subsequent return trips to free her family and dozens of others, up to her evolution into a speech-making, pistol-packing action hero (whose salty dialogue during scenes when she’s underestimated occasionally brushes up close to Lean In feminism).

Harriet’s Tubman is a legend in her own time. Drawing from Tubman’s devout belief and history of seizures and visions, the film makes much of her visions, divine interventions which seem to appear anytime it’s dramatically convenient, alerting her to danger with considerable specificity. This magical-thinking approach to religion is a dramatic crutch for a film that maintains a hindsight perspective on Tubman, leaving a lot of blanks in its historical account and delegating much of Tubman and the Underground Railroad’s process and organization to supporting characters to handle offscreen. It’s a tall tale—though one that feels quite small whenever it zeroes in on Tubman’s (spurious) lifelong antagonism with her owners’ insinuating racist son (Joe Alwyn), the only one who hears her climactic speech.

In a script that telegraphs its themes constantly (one racist declares that Tubman should be “burn[ed] at the stake like Joan of Arc”), is peppered with dramatic anachronisms, and is markedly less eloquent than the abolitionist literature of the day, there are at least some nicely unforced parallels between the Peculiar Institution and today’s status quo of family separations and ICE raids. (Though this is also the kind of movie in which someone rushes in to cry “They just passed the Fugitive Slave Act!” and a riot immediately breaks out.) And yet Kasi Lemmons, who also co-wrote, directs the film with an inviting intelligence. Terence Blanchard’s score gets to the big emotional chords via varied and specific instrumentation (and Lemmons’s deployment of “Sinnerman,” with its trad-spiritual resonances, is a daring and apt accompaniment for a bad scene, a montage that covers too much of Tubman’s Underground Railroad activity). Lemmons shoots in widescreen, less for showy compositions than to make space for John Toll’s cinematography, which captures fields, swamps, and forests across 24 hours which all seem equally magical, without any forced lyricism. Shot for shot, Harriet is one of the most beautiful awards season films in years—it makes America look like a beautiful place.

Harriet premiered at the Toronto International Film Festival and opens on November 1.