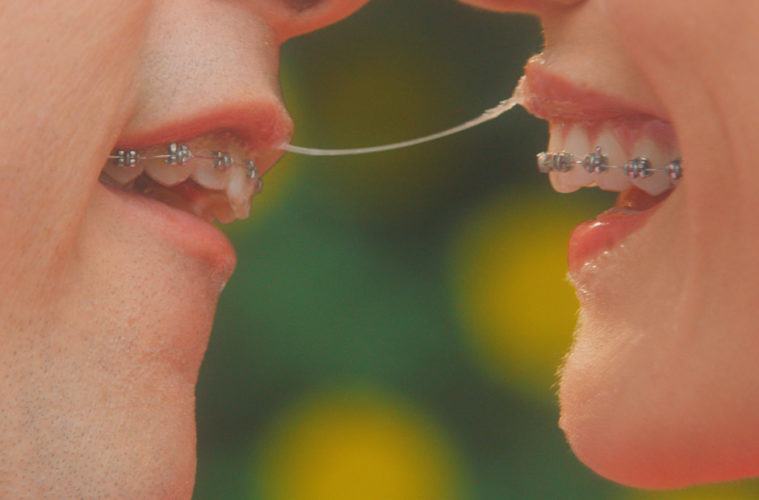 Somewhere in a strange corner of suburbia lives two married couples: Nick (Beck Bennett) and Jill (Jocelyn DeBoer) & Lisa (Dawn Luebbe) and Dennis (Neil Casey). While the two women are constantly competing with one another, practicing a kooky version of passive-aggression, the men bop around like idiots. At one point early on, the two pairs make out for an extended period of time only to realize they’re kissing the wrong person. In another scene, a baby is gifted from one mother to another, just because.

Written and directed by DeBoer and Luebbe, this is a very specific type of comedy. It recalls something like Tim and Eric’s Billion Dollar Movie or the viral Too Many Cooks. Irreverent, non-sensical, and awkward, this film introduces its world then doubles down scene after scene. Absurd things happen that are met with pedestrian reactions and vice versa. Bennett, the Saturday Night Live veteran, is very at home here. As is D’Arcy Carden, stealing scenes playing Miss Human, a schoolteacher constantly bringing up her tragic history as though it were the most mundane bit of news. If this movie does nothing else, let it remind all watching that Carden deserves to be our next big comedy star. Bennett, too, if to a slightly lesser degree.

The first hour plays like gangbusters, then loses steam after a shoehorned serial killer bit forces the narrative into some corners. Ironically, once Greener Grass begins to connect all of its characters and motivations it becomes more silly. By making a bit more sense it betrays the anarchic tone it establishes. Repeat bits grow stale, reactive shots feel familiar. Not to mention that the true star of the picture, young Julian Hilliard, exits halfway through. Though it be in service of a very funny scene, once he’s gone the movie never really recovers. The presence of Mary Holland helps, as a wife determined that everybody in town knows she is getting a divorce.

DeBoer and Luebbe have great chemistry, ping-ponging off-kilter dialogue nicely. As filmmakers, the details of their world are jolting, which works. For example, everybody wears braces. Everybody drives golf carts. These elements are never explained, thankfully. Nothing is more subjective than comedy and this brand will surely turn many off. No matter. Those behind Greener Grass are clearly unfazed by the weirdness. They wallow in it, unabashedly. If only they kept it up for the whole one-hundred minutes.

Greener Grass premiered at the Sundance Film Festival and opens on October 18.