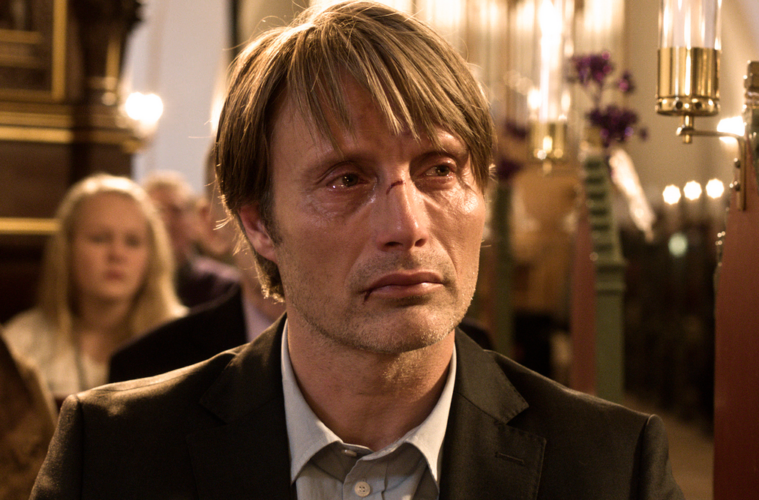 Woody Allen‘s finest drama since Crimes and Misdemeanors was a dark, unsettling character study centered around one of the finest performances the director has ever brought to the screen. Months later, it is easy to forget how frantically unhinged Cate Blanchett‘s woman-on-the-verge of a lead actually is; rewatching at home may, if anything, make Blanchett, and the film itself, even stronger. – Chris S.

The truth is that comedy can’t be distilled into a simple matter of “good” and “bad” — simply put, what makes one man laugh will readily put another to sleep — but, that being said, I’m So Excited brings with it a screenplay so inexorably unfunny that it fully, early dies on the table as if the operating doctor had been doing too much drinking the night before. Most dispiriting of all is how frequently Almodóvar relies on the crude for crudeness’ sake in some fundamentally misguided means of obtaining laughter. – Nick N. (full review)

Premiering at Cannes Film Festival back in 2012, Thomas Vinterberg‘s The Hunt also got a minor theatrical release this past summer. A gripping character study exploring what can happen when one lie spreads throughout a small community, Mads Mikkelsen delivers his finest performance in this harrowing drama. With a final sequence that still haunts my mind, The Hunt is one of the most powerful films last year. – Jordan R.

Arnold Schwarzenegger isn’t a young man anymore. The Last Stand makes this point again and again, yet it still lets the 65-year-old action superstar strut his hulking mass and gives him some fun action sequences. For many that may be enough, but his latest action feature seems to ride along mostly on brawn, with little brain. – Bill G. (full review)

Zoe Bell established a badass reputation through her unforgettable performance in Quentin Tarantino’s Grindhouse selection Death Proof, as well as an appearance in the documentaryDouble Dare, and athletic supporting parts in films such as Whip It. But unlike her contemporaries, which include such tenacious personalities as Sigourney Weaver, Linda Hamilton, and MMA fighter-turned-action star Gina Carano, the former stunt woman commands attention with raw intensity, natural acting talent and fine-tuned physical prowess, a rare combination that allows her to dominate the screen in her first lead role. – Amanda W. (full review)

Before he hits it big with an adaptation of The Fault In Our Stars this year, one can watch the directorial debut of Josh Boone, Stuck In Love, now streaming on Netflix. Premiering at Toronto International Film Festival a few years back, the drama brings together Greg Kinnear, Jennifer Connelly, Lily Collins, Logan Lerman, Kristen Bell, Nat Wolff (Peace, Love, & Misunderstanding) and Liana Liberato (Trust, Trespass), following the relationships of a family of writers (b0th established and aspiring). – Jack C.

Something of a Sundance darling, Lynn Shelton mastered the art of the micro-drama with Humpday and Your Sister’s Sister, two small indies with high concepts and wonderful, personal performances thanks in large part to a strong screenplay. This time around we get Touchy Feely, a slightly more ambitious, far less successful, project from Shelton, starring Rosemarie DeWitt, Josh Pais, Ellen Page, Scoot McNairy, Allison Janney and Ron Livingston. The ambition gets lost somewhere amongst this large and talented cast, Shelton retreating to some worn plot contrivances in the third act. – Dan M. (full review)