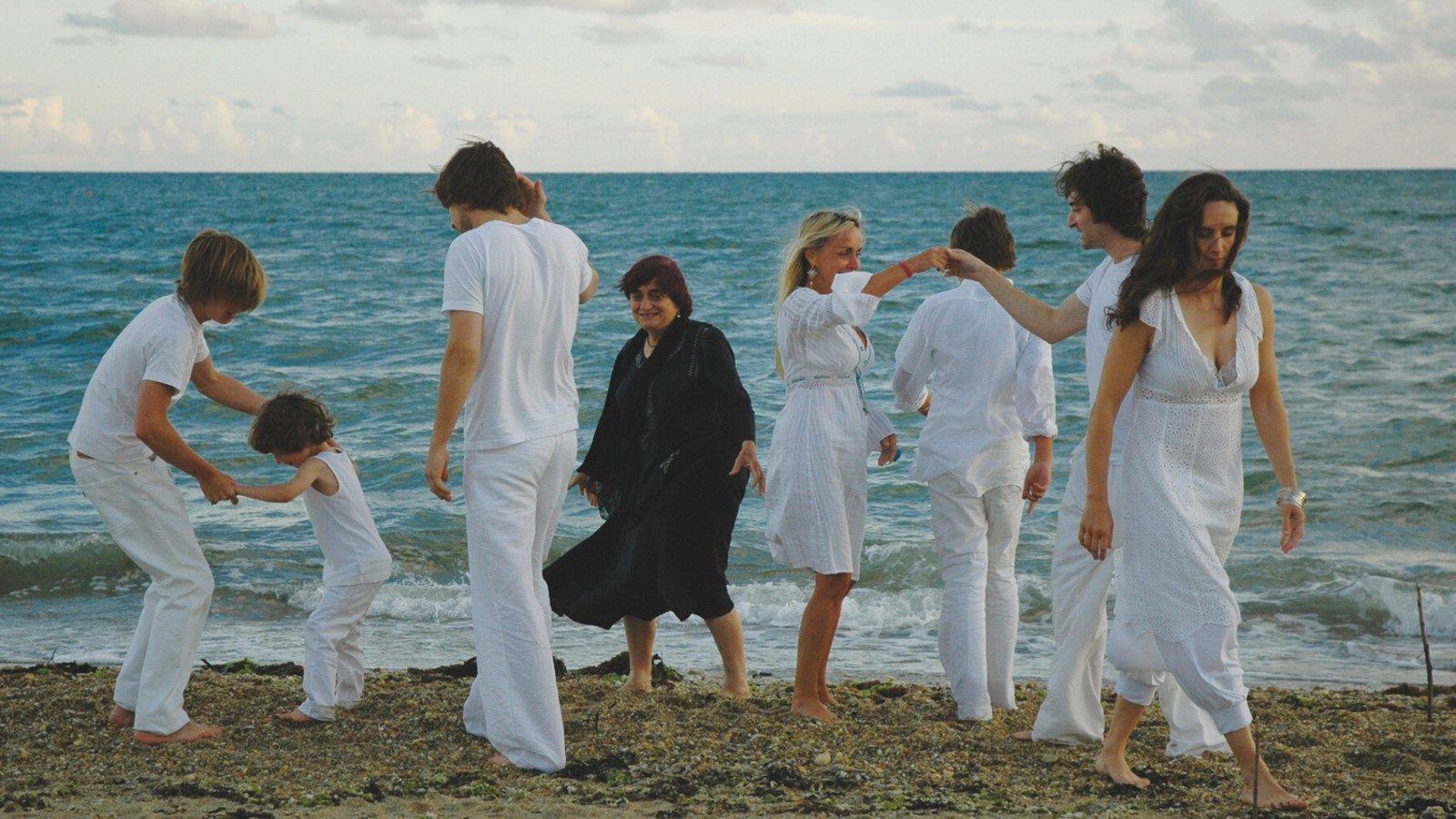 This is exactly what director Jan Komasa and writer Mateusz Pacewicz do with their lead character Daniel (Bartosz Bielenia) in Corpus Christi. Based in part on real events, this twenty-year-old is about to be released from his detention center on parole. He’ll go to a reclusive town to work at a sawmill and maybe even build a decent life if he stays clean, but the potential he holds removed from the mark of “ex-con” is rendered moot. Despite finding God during his imprisonment and showing a desire to pursue the vocation, Polish law forbid former criminals from wearing the cloth. The one thing that can save him from the destructive cycle of drugs, alcohol, and sex he quickly restarts is that which he cannot have. – Jared M. (full review)

The Films of Agnès Varda

What Agnès Varda seemed to understand better than most is there is so much more that connects us than separates us. She knew she could have been any of her film’s subjects, and in many ways, she was all of them—lending her voice and lens to those who go through life unseen and unheard. When I watch Varda’s films, I feel a swell of hope wash over me like a wave on one of her beloved beaches. They’re a balm for the ails of the present world where so much seems to separate us, including our own physical circumstances. Varda’s insatiable curiosity, innate empathy, and vivid imagination are—dare I say in 2020—contagious, and her films are a reminder there is so much to see if you dare to look closely enough at your surroundings. – Emmy P. (full feature)

From The East (Chantal Akerman)

Of a piece with many of master filmmaker Chantal Akerman’s remarkable documentaries from throughout her career, this 1993 experimental 16 MM documentary examines parts of Russia, Poland, and formerly East Germany right after the collapse of the Eastern Bloc. A characteristically transient experience, Akerman disrupts these spaces whether through static interior tableaus shrinking rooms or roving tracking shots where errant onlooking (or eye averting) inhabitants become memorialized in the frame. Newly restored, these sequences are both lucid in their precision and aqueous in their construction as profundity manifests itself and the journey becomes the destination. – Michael S.

Short work by great directors is customary at major festivals, but most often it underwhelms. Not here. Perhaps it’s because this is a project with special resonance for Almodóvar. The Human Voice, Jean Cocteau’s one-act, one-character monodrama has echoed across the Spanish great’s career. It’s directly referenced in Law of Desire and informs the plot of Women on the Verge of a Nervous Breakdown. And Almodóvar’s own debut work in the English-language has been a long-delayed event––past projects he was touted for include Brokeback Mountain and The Paperboy (a bullet dodged?). Tilda Swinton, key collaborator of the greatest working filmmakers, plays the unnamed woman teetering on the verge of yes, a breakdown, but one eventually focused into cataclysmic external force.  – David K. (full review)

The innate horrors of the unseen are given fresh life in The Invisible Man, a reinvention of the H.G. Wells’ novel that was first brilliantly adapted by James Whale in 1933. This revamp from Blumhouse and Universal finds writer and director Leigh Whannell altering and evolving techniques he used to great effect in the B-movie mania of his last feature, Upgrade, while also taking a classic story in bold directions. Here, he channels his unique lexis toward a study of abuse, paranoia, and trauma, resulting in a grounded and paced horror film that nevertheless reaches maniacal heights. – Mike M. (full review)

Women from Shakespeare’s oeuvre find themselves reincarnated in modern-day South America through the recent works of Argentine director Matías Piñeiro (Hermia & Helena, The Princess of France, Viola), which operate with non-linear structures concentrated on the intersection between the professional and intimate lives of actresses or aspiring artists. His unassumingly sumptuous new feature Isabella–which channels the central sister-brother dilemma in the British author’s Measure for Measure–examines two women’s unexpressed self-doubt, their aversion to risk, and conflicted career aspirations in an initially puzzling but ultimately rewarding fragmented narrative. – Carlos A. (full review)

There was much curiosity on the part of audiences last summer when it came to every real-life person, event, and location portrayed in Quentin Tarantino’s Once Upon a Time… in Hollywood. While much of the discussion was focused on Sharon Tate, as played by Margot Robbie, a new documentary on another Manson Family victim, Jay Sebring, has arrived. Jay Sebring….Cutting To The Truth, directed by Sebring’s nephew, Anthony DiMaria, takes a look at the celebrity hairstylist’s life beyond the headlines of being a life cut short and his great influence on a generation of Hollywood stars, from Marlon Brando to Bruce Lee.

Night of the Kings (Philippe Lacôte)

Writer/director Philippe Lacôte looks to tell a tale of the Ivory Coast and its most recent two decades of civil war and strife with his latest film Night of the Kings. With that also comes a necessity to speak about the youth who’ve recently taken up residence within the confines of his setting: La MACA. This prison—whose under-thirty population is currently hovering around eighty percent—shifts between the horrors of its inherent violence and the magical fantasy conjured when Lacôte was a boy visiting his mother (a political prisoner) in its open courtyard traversed by inmates, guards, and outsiders alike. He thought then that it reminded him of a kingdom. To a child its social ladder would seem more fairy tale than feudal. – Jared M. (full review)

The Shadow of Violence (Nick Rowland)

Going under the title Calm with Horses when it premiered at TIFF last fall, Nick Rowland’s new drama starring Barry Keoghan and Cosmo Jarvis is now known as The Shadow of Violence. Jared Mobarak had high praise for it, saying in his review, “I’ve already mentioned Jarvis—who expands upon his breakout turn in Lady Macbeth—but I don’t want his delivering one of the year’s best performances to be diminished. It’s a role that could have easily been ruined by angst-fueled mumbling and frustration without the necessary heart to earn empathy. He instead lets us know about the pain inside and the never-ending struggle to be good that appears less winnable each and every day. Arm is a man whose purpose was stripped away and reclaimed by monsters doing everything possible to also steal his conscience.”

Directed by Volker Schlöndorff
Thank You and Good Night

Oliver Sacks: His Own Life