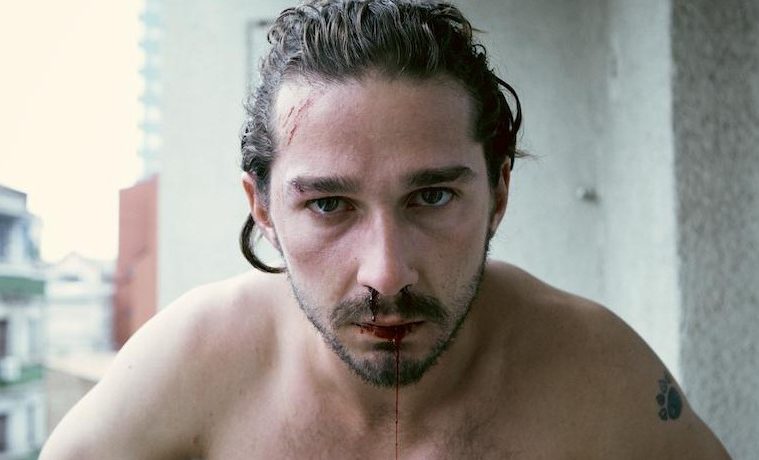 One of our most-anticipated films in Park City this year is the latest drama starring Shia LaBeouf. Seemingly putting the star in an uncomfortable place (likely an endurance test for his lead role in Lars von Trier‘s Nymphomaniac),  The Necessary Death of Charlie Countryman comes from praised commercials director Fredrik Bond and today we’ve got a new image.

In the film, our lead falls in love with a woman (played by Evan Rachel Wood) who is owned by a crime boss and things turn violent, as one can see above. Also starring Mads Mikkelsen, Melissa Leo, Til Schweiger, Rupert Grint, James Buckley and Vincent D’Onofrio, the film features a score from Christophe Beck and DeadMono with songs by Moby, M83 and The XX. Check out a longer synopsis below.

Charlie Countryman (LaBeouf) was just a normal guy…until he fell in love with the one girl who will probably get him killed. When Charlie meets the absolutely irresistible Gabi she’s already been claimed by Nigel, an insanely violent crime boss with a gang of thugs at his disposal. Armed with little more than his wit and naïve charm, Charlie endures one bruising beat down after another to woo Gabi and keep her out of harm’s way. Finally his exploits of blind valor create such a mess that he’s left with only one way out; to save the girl of his dreams, must Charlie Countryman die?

Following our first reveal of Clint Mansell’s score, we’ve also got a batch of new images from Park Chan-wook‘s disturbing family drama Stoker. One of our most-anticipated films for some time, the project will finally make its debut this weekend at Sundance and Hitfix have some stills to get us ready for the proceeding events. Check them out below for the film starring Nicole Kidman, Mia Wasikowska, Matthew Goode, Jacki Weaver and Dermot Mulroney. Lastly, we’ve got a variety of new images from a western that’s making its bow at Sundance Film Festival. Following the initial image featuring Mad Men star January Jones, the rest of our ensemble has been revealed for Sweetwater, the drama coming from brothers Logan Miller and Noah Miller. Below one can see a long-haired Ed Harris, along with Jason Isaacs, Eduardo Noriega, Steven Rude and Amy Madigan, as well as the full synopsis. [FilmTV]

Against the backdrop of the American Old West, newlyweds Luke and Sarah struggle to make a living cultivating their small patch of land. Soon a much bigger struggle arises as powerful landowner and community preacher Cole makes a play for their property. As he launches his diabolical plot to take their land, an eccentric big-city sheriff comes to town. Things soon go from bad to worse, culminating in a jaw-dropping, hell-hath-no-fury showdown.

Sweetwater boldly establishes its own identity while remaining true to the tenets of the western genre. Wonderfully cinematic, this expressive tale is superbly directed by the Miller brothers, who extract strong performances from the ensemble cast. Ed Harris is especially striking in a bravura role as the sheriff. With the magnificent New Mexico countryside as their canvas, the Miller brothers imaginatively stroke their cinematic brush across an intense but humorous film. Which Sundance film are you most-anticipating?