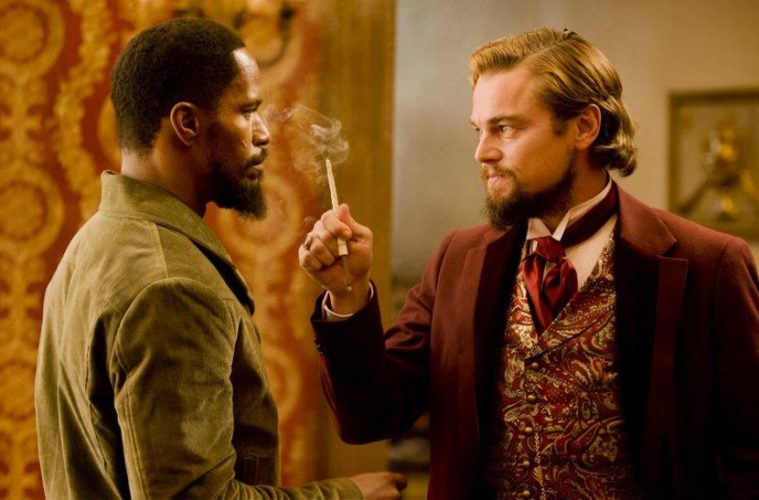 Hot off the news that the first trailer will land next week with Prometheus, we’ve got a new batch of high-resolution images from Quentin Tarantino‘s spaghetti western Django Unchained. Coming from Empire, there’s a lot more of Christoph Waltz as our bounty hunter, Jamie Foxx as the freed slave and Leonardo DiCaprio as slave master Calvin Candle.

Hinted at in the footage we saw at Cannes, there’s also our first look at the original Django, Franco Nero as he sits alongside the new Django in a bar. The magazine also reveals that Walton Goggins as Billy Crash is indeed taking over Kurt Russell‘s duties as slave wrangler, after he departed Foxx also revealed that the film, which comes from a 175-page script, is more of a love story. Check out his quote below, followed by the rest of the pictures:

“When this movie’s done, there’s gonna be some hot button issues but, given my background, I think I’ll be able to get some points across. The one thing that stuck out to me in the script was that Django was married. Back then, to be married was taboo. This is a love story. He’s not trying to stop slavery. He’s not trying to do anything but find the love of his life – which is like trying to find a needle in a world of haystacks.”