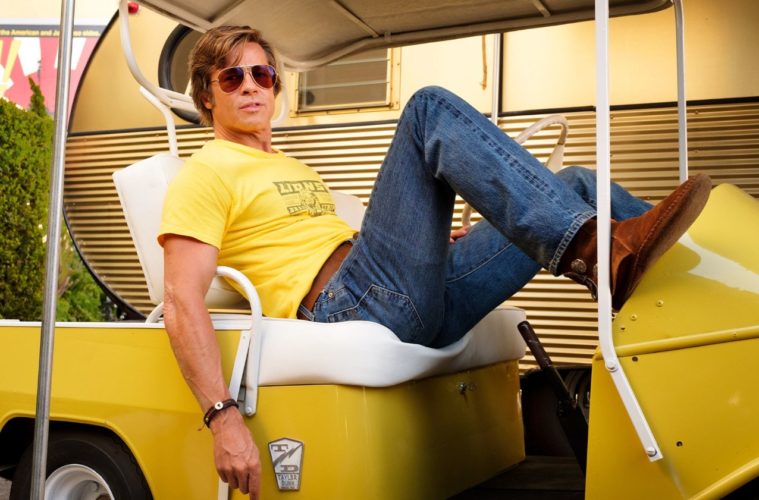 Premiering at Cannes Film Festival today is Quentin Tarantino’s Once Upon a Time in Hollywood, a full two months ahead of the theatrical release, one of the reasons the director is hoping those lucky viewers keep certain surprises to themselves. That wish has us believing an Inglorious Basterds-esque rewriting of history is in store for his star-studded drama, centered on a TV actor (Leonardo DiCaprio) and stuntman buddy’s (Brad Pitt) attempt to enter the studio system, all the while living next door to Sharon Tate (Margot Robbie) and Roman Polanski (Rafał Zawierucha) in the summer of 1969. Also featuring Al Pacino, Bruce Dern, Timothy Olyphant, Tim Roth, Michael Madsen, Scoot McNairy, Zoë Bell, Dakota Fanning, Damian Lewis, Lena Dunham, Luke Perry, and many, many more, a new red band trailer has now arrived.

“It is a character-driven story, dealing with mature issues of unfulfilled expectations that inevitably confront us all as we age. In Hollywood, this struggle is particularly dramatic, as success and failure live side by side,” Tarantino says in press notes.” In Once Upon a Time…, they do so literally as well as figuratively. Uniting two of today’s greatest stars in a first-ever pairing and recreating an entire lost era, the film is big cinema made for the big screen. A true original in a landscape of sequels and superheroes. Set in 1969, Tarantino recreates the time and place of his formative years, when everything – the United States, the city of Los Angeles, the Hollywood star system, even the movies themselves – was at an inflection point, and no one knew where the pieces would land. All this is not entirely dissimilar from the changes buffeting Hollywood today.”

See the new red band trailer below, along with some in-world posters.

Once Upon a Time in Hollywood opens on July 26.