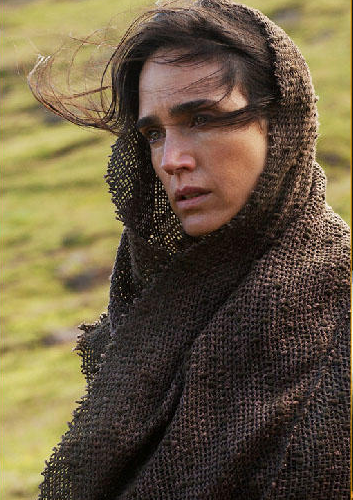 Although we have yet to see any footage from Darren Aronofsky‘s biblical epic Noah, it looks Paramount is gearing up their campaign for the big-budget March 2014 tentpole. After an official still landed of Russell Crowe as our main character last summer during production, images of the main ensemble, featuring Jennifer Connelly, Anthony Hopkins, Emma Watson, Ray Winstone and Logan Lerman, have now arrived.

Co-written by Ari Handel and Aronofsky, the film portrays the titular Biblical hero as aa man who loves Earth and all of its animal inhabitants, but has become disillusioned with the way humans have treated their planet. It is also said to focus on Noah’s alcoholic tendencies, but it won’t go the usual dark Aronofsky mile, as it’ll likely take the PG-13 route. Check out the new images below, showing off Aronofsky’s rugged style, as well as a brief interview clip from Crowe during the Man of Steel tour, discussing the character.