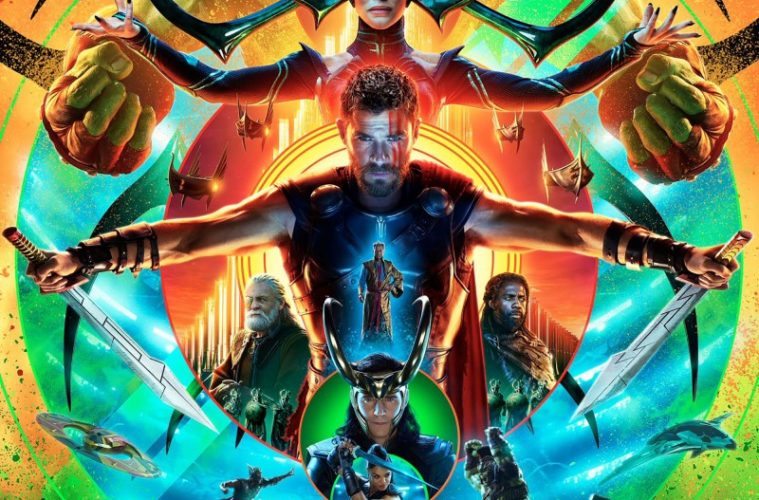 The MCU is a hive mind. That is, a majority of its entries can come off as flavorless exercises in staying “on brand” at the expense of identity and aesthetic. The desire to assimilate each film into the broader strokes of Kevin Feige’s ongoing theatrical TV show results in risk aversion and a lack of narrative identity — hell, I don’t even know what a “Russo Brothers film” looks like. These are press releases stretched to over two hours, and disguised as movies.

Few directors’ ambitions have survived the churning machine of the studio’s world-building. They fizzle out, get sacrificed at the altar of the MCU’s greater connective tissue, or arrive with promise but no follow through. In this landscape, it’s rare to get the kind of unabashed silliness Taika Waititi delivers with Thor: Ragnarok. Joe Johnston infused Captain America with Old Hollywood sentiment. Shane Black demolished Iron Man to assemble a subversive buddy actioner. Not since then has a Marvel movie (mercifully) felt less like a Marvel movie.

The Kiwi helmer makes the ideal move from the start: clearing the playing field of any excess baggage. He bulldozes the Shakespeare Lite-turned-Game of Thrones tone of the previous installments to pave the way for his off-kilter wit and bonkers fixations. The thunder god (Chris Hemsworth) returns to Asgard to find his not-so-dead brother, Loki (Tom Hiddleston, squeezing a few more charms out) masquerading as their father Odin (Anthony Hopkins), cackling at a play depicting his own death (that features a few delightful cameos). In literally reducing the events of The Dark World to a farce, Waititi announces his intentions to treat this franchise with all the goofs and weird Jeff Goldblum-ing it deserves.

Ragnarok turns into such a field day for the director that the plot becomes obligation, an obstacle course of a screenplay to be maneuvered rather than transposed. The general buffoonery is what saves us from a labored story. While Hela, the Goddess of Death (Cate Blanchett) threatens the destruction of Asgard, she simultaneously threatens to drag us back into tired tropes, but everyone involved knows better. They’re wholly in on the jokes, which are aplenty, paying the Marvel moments lip service before laughing at how ridiculous the whole thing is.

Blanchett doesn’t quite seem miscast as she does burdened. Hers is a thankless task of plot points and stakes, though she manages to get her fair share of giggle worthy jabs in.

Waititi himself provides in spades as Korg, a meek alien gladiator with hopes of Spartacus proportions. Goldblum’s Grandmaster is aces, making perfect use of every ounce of the actor’s eccentricities. Mark Ruffalo’s unassailable likability and Tessa Thompson’s relentless moxie round out a better ensemble than any other Marvel entry to date. Hang the Avengers; I will gladly follow this motley band into the great, weird unknown.  Although, Benedict Cumberbatch’s inclusion is still a mystery, outside of a studio contract for X amount of appearances.

The hardest part to stomach about these films is the same scope that makes Marvel so impressed with itself. Coming up on a decade, they’ve been so helplessly tangled to each other that any promise for future installments to stand apart is a feint to fill seats. On this front Taika Waititi manages to pull of some kind of a minor miracle. Plotting and connective tissue be damned, the film cobbles together a flashy palette, a retro wave score and an army of goofballs, distinguishing itself as a daffy space odyssey. Thor: Ragnarok may be shoved smack in the middle of the MCU, but its core is that of an 80s Saturday morning cartoon, best enjoyed in pajamas with some sugary breakfast cereal.