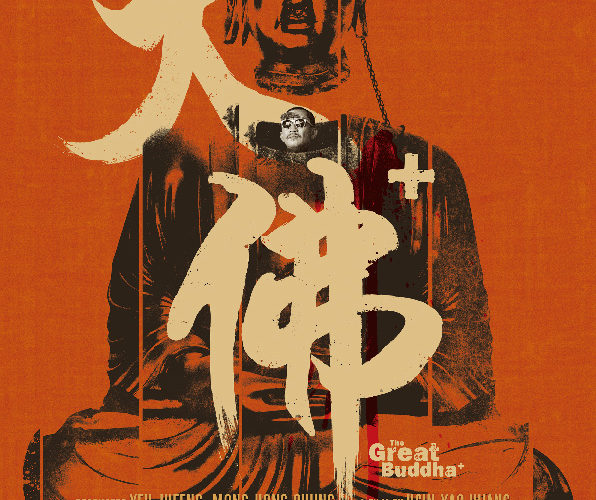 ND/NF Review: ‘The Great Buddha+’ is a Provocative, Unassuming Satire of Taiwanese Society

Huang Hsin-Yao is a new voice in independent Taiwanese cinema, and his first narrative feature–an adaptation of his short film The Great Buddha–carries itself with all of the vitriol that one would expect from somebody angry at the state of the Taiwanese film industry and government. This is apparent from the outset of The Great Buddha+, when Huang speaks to the audience as the credits roll, speaking harshly about the producers and delivering a personal statement. This anger remains throughout–a character named after the producer that Huang is particularly dissatisfied with is even killed off in a darkly humorous manner.

The film centers on a community of vagrant Taiwanese laborers. Pickle (portrayed in a surprisingly goofy turn by well-known Taiwanese documentarian Cres Chung) spends his nights as a security guard at a factory that produces monuments of Buddha. His best friend, Belly Button, a scrapper, often joins him in his cramped prison of an office. Pickle’s boss, Kevin, is a wealthy proponent of the corrupt government, deviously hiding his immorality behind his connections. Bored, Pickle and Belly Button begin to steal dashcam footage from his Mercedes.

DP Mong-Hong Chung’s crisp black and white photography emphasizes the squalor of their surroundings, but maintains a keen eye for ideologically-loaded compositions. With a charming irreverence, he holds on images that feel sacrilegious–the first shot we see of the great Buddha is during its construction, with the head of the idol separated from its body. This destruction of Buddhist iconography suggests a sort of desecration of once noble ideals by false idols–corrupt politicians and capitalists held up as pillars of the community while simultaneously undermining the population, compromising the sanctity of both art and religion. These bluntly communicated themes are quite easy to connect to the state of contemporary Asian cinema.

Belly Button and Pickle, upon seeing Kevin’s dashcam footage–shown in full color on the black-and-white computer in a black-and-white office–remark, “The life of the rich is so colorful!” It’s a funny visual gag that doesn’t need explanation, but the sentiment holds–here are two poor Taiwanese laborers who are so consigned to their realities that they can only connect to the rich through dashcam footage. The idea of escaping poverty is so otherwise unimaginable; the concept of enjoying life is so inaccessible, they can only experience it vicariously through slow shots of the road and disembodied voices.

There is a lot of dejected dialogue throughout the film about learning how to live in an unfair society–as if the only way to do so is to become complacent towards daily injustices and live in spite of them. At one point, characters play a crane game, forcing wins by hitting the machine when they lose. In an ironic twist of fate, the only sense of control they can feel–therapy, as one character describes it–stems from a game for children that statistically only allows for the illusion of control.

Huang’s narration adds an extra layer of empathy for these characters whose lives are too often ignored. This compassion allows for a more in-depth connection to the interiority of characters, building a sort of pathos that is not entirely reliant on victimhood as films about those down on their luck often are, and elevates the story into a kind of folklore or moral tale. That structure also works as an intentional comedic flourish.

Though the satire Huang employs here is charming, it conflicts sharply with the atmosphere of hopeless melancholy. In juggling the two, Huang never quite manages to do justice to either tone. As a result, the film can feel a bit messy and occasionally frustrating. The same applies to the politics of the film, which are flaunted boldly, yet connected only tenuously. Still, there are a lot of provocative ideas to glean from this seemingly unassuming but ambitious film, and those looking will undoubtedly find much to like here.

The Great Buddha+ plays on April 3 and 4 at New Directors/New Films.