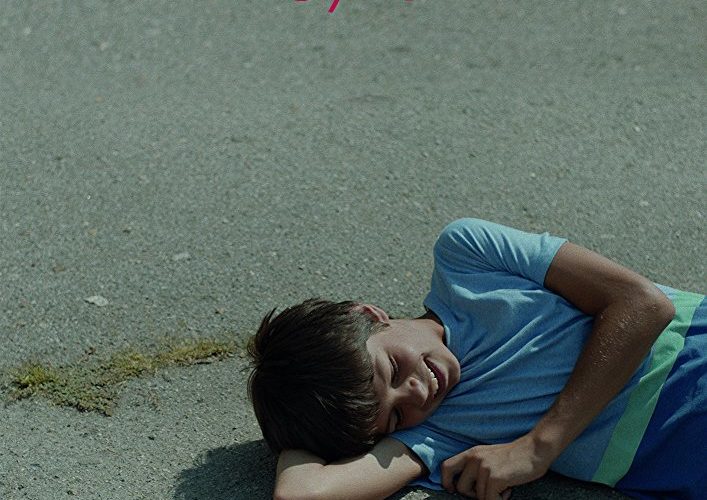 The characters populating Ilian Metev’s 3/4 (read: Three Quarters) often walk and talk in pairs, but they are seldom framed together, the camera lingering on each as the separate halves of a whole that never quite comes into being. They are the three quarters of a family enjoying what is likely to be their last summer together: physics professor Todor (Todor Veltchev) and his two children, adolescent son Niki (Nikolay Mashalov), and his older sister Mila (Mila Mihova), a piano prodigy preparing for an audition which, should everything work out, could land her a place at a prestigious German conservatory. Mother is nowhere in sight. Mentioned only during a fleeting early exchange between Niki and Mila, she is the family’s missing quarter, an invisible figure whose absence feeds many of the anxieties dad and kids share but never truly discuss.

At once a time signature and an allusion to missing pieces, 3/4 is an aptly chosen title for a gracefully understated drama about a dysfunctional family struggling to find harmony. Premiering at the 70th Locarno Festival, where it nabbed the top prize in the Cineasti del Presente sidebar, 3/4 welcomes Metev’s directorial comeback five years after his festival darling Sofia’s Last Ambulance, yet feels like a debut of sorts, marking the 36-year-old documentarian’s first narrative feature to date. Calling it an abrupt shift from reality to fiction, however, is a bit of a stretch. Narrative as it may be, 3/4 retains a distinct documentary-like vibe, a naturalistic feeling amplified by Metev and co-scribe Betina Ip’s screenplay as well as Julian Atanassov’s cinematography.

Veltchev, Mashalov, and Mihova–all non-professional actors–engage in long conversations that span from everyday small talk to open-hearted musings on life, conjuring up what feels like an interesting mélange between a Hong Sang-soo drama and a Richard Linklater talk-and-walk feature. Mila’s blossoming talent is undermined by a chronic lack of confidence in her skills–insecurities her motherly piano teacher Simona (Simona Genkova) tries to address through heart-warming pep talks: “there’s nothing wrong with confidence if it’s deserved–and yours will be.” Niki’s hyperactivity plays out as a constant nagging and a penchant for the absurd: when he is not busy wandering around with his schoolmates, he walks Mila home after piano practice and subjects her to all sorts of mockeries along the way. It is a restlessness that seems to find its source both in his mother’s absence and his sister’s forthcoming departure, and stridently juxtaposes Niki’s exuberance with Mila’s introverted, anxious self. The kids are both struggling to survive a summer of changes, yet Todor seems to have no time and ears for their worries: immersed in his work, he looks more preoccupied for his students’ plans than his children’s own. If Niki experiences that itch to grow up you’d expect to find in a prepubescent kid, Todor’s affection toward his pupils belies a certain nostalgic flair for lost time, which Metev’s captures in all its loneliness and alienation in a late night get-together between teacher and students, one of 3/4’s most moving scenes.

That conversations emerge so organically and freely, as though improvised and captured on the spot, is courtesy of Metev’s decision to immerse his actors into what he called a “framework of ignorance.” Scenes were shot with the cast having some basic idea as to their characters’ goals and desires, but no clearly laid out script to adhere to. It is a choice which allows the feature to exude a peculiar observational character and turn into a slice-of-life multi-character ethnography. Adding to the sense of verisimilitude is Atanassov’s decision to rely exclusively on natural light, capturing the summer haze lingering above Sofia’s suburbs as a postcards-like memory. Metev’s own directing amplifies the feeling: when it does not track backward following the couples walking around Sofia, the camera often finds a spot inside closed environments–as in Todor’s house–and yet maintains a certain distance from the scene, hovering outside semi-closed doors and observing the characters from afar. There’s a sense of respect behind this, but also a certain nostalgia, as if Todor, Mila and Niki were themselves taking a step back to sit behind the camera and observe what may well be their last moments together before they all drift away.

It took me some time to spell out why 3/4 lingered in me long after I first saw it, and I think it comes down to this: the feeling of watching a film that, for just over 80 minutes, allows life to breathe through it. Narratively slight as it may be, 3/4 does not require big dramatic plot-twists nor grand socio-political commentaries to exist. A harmonious portrait of a family struggling to keep afloat, it unfolds at the same gentle rhythm father and kids struggle to synch back to. “Thinking of the bigger picture, we tend to accelerate – the point is to hold back,” piano teacher Simona reminds Mila halfway through a lesson. As the closing credits rolled, I couldn’t help but wonder whether Metev followed the same advice.