TIFF Review: Hong Sangsoo’s Walk Up is Relaxing in its Languid Rhythms 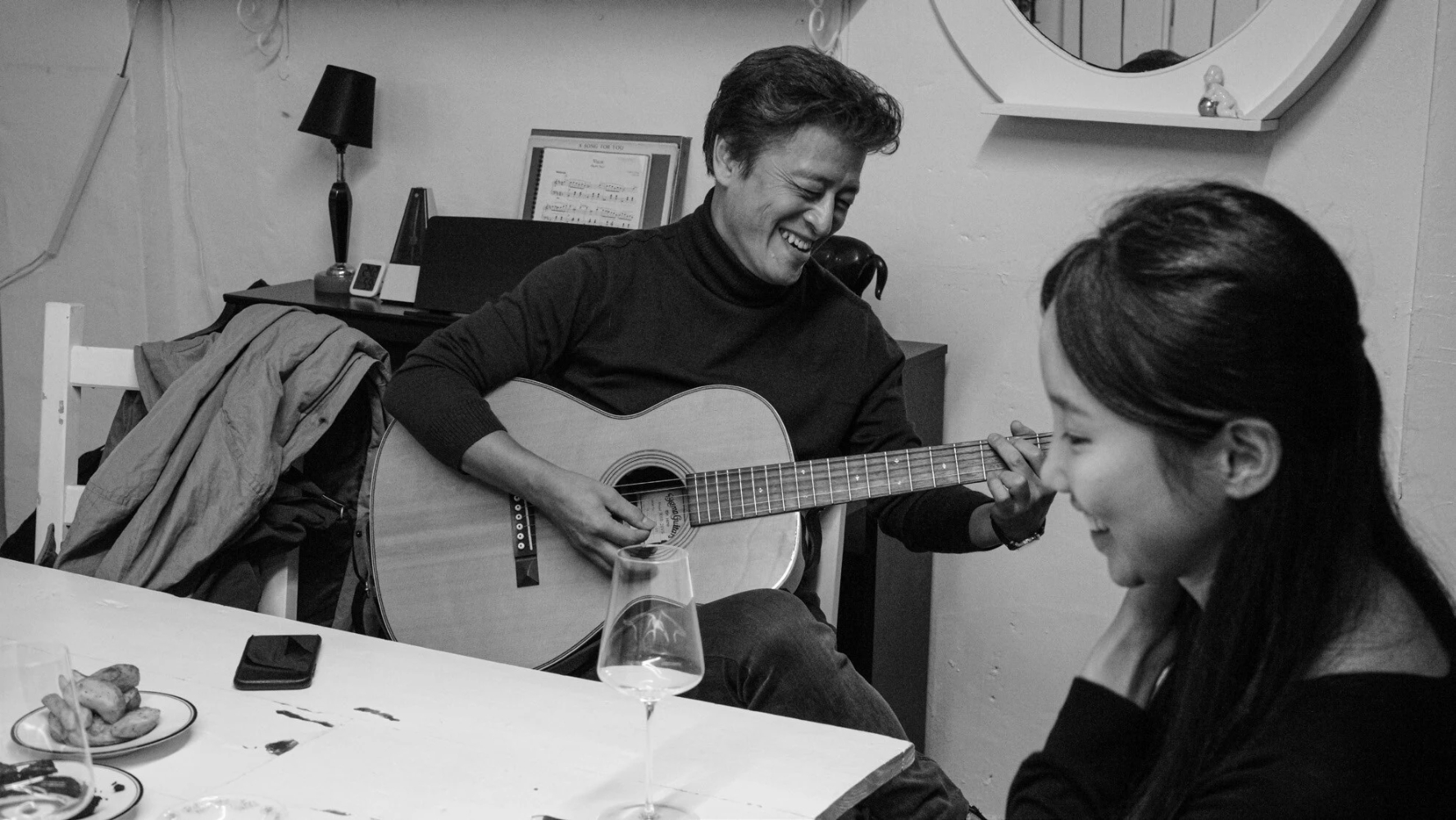 If one thing of late really sets Hong Sang-soo apart, it’s his unglamorous depiction of the film director. Appropriate to the small-scale of his corpus, these artists live far from the fantasy of 8½ (or, if you prefer, Bardo: False Chronicle of a Handful of Truths), but instead in the mundanity between projects. Hong’s avatar in Walk Up is Byungsoo (Hae-hyo Kwon), who’s visiting an apartment building owned by Ms. Kim (Lee Hyeyoung) with the company of his estranged daughter Jeong-su (Park Mi-so).

In making their way through the different parts of the building and not forgetting to down one bottle of white wine after another (instead of soju as usual) with his female partners, the vulnerability that comes out when buzzed—a central Hong theme—is very apparent. And so lots and lots of talking ensues to varying degrees of interest, a particular highlight being when Byungsoo notes a dream where God told him to move to Jeju and make films.

Despite handsome looks and a very nice head of hair, Byungsoo’s resoundingly weak in his presence. He spends most of the film receiving near-constant praise for his body of work but seems deeply unhappy, or at least wading through life. Grousing about travel costs for an international retrospective of his work, or curling up in bed fully clothed for one of many long shots, his modest living is something not quite akin to what David Lynch deemed “the art life,” but rather that of a tired man (and perhaps points to why Hong didn’t even attend the world premiere of his own movie).

Hong’s new model of working even cheaper, quicker, and smaller has left him, essentially, documenting his life. Admittedly the level of interest for the layman—or, one supposes, average festival attendee—may not be very high. There’s some suspicion Hong may never produce another great film, even if moments of beauty are dispersed throughout. It’s almost as if he’s pushing that central tenet of the auteur theory—how a film is one piece in the overall puzzle—to its breaking point.

Regardless, there’s something very relaxing in the languid rhythms of Walk Up. Though ditching the lo-fi aesthetics of his two 2021 entries, Introduction and In Front of Your Face, there’s still not a ton to look at per se, yet the precision and attention to gestural detail remains. A boozy dinner table scene remains in a fixed position for what seems like ten-to-fifteen minutes—this critic admittedly did not bust out the stopwatch, as seems frequent at festivals—where you can see how Hong remains an expert director of actors who can coax highly realistic, if not distractingly naturalistic performances.

It’s maybe dull for critics to praise compactness or pureness in one Hong film after another, and Walk Up will definitely not be anyone’s favorite, but it’s hard not to be sympathetic to something so personal. Anyway: onwards and upwards to 2023, when we’ll surely see a movie that’s entirely conversations in an editing bay.

Walk Up premiered at the 2022 Toronto International Film Festival and will be released by Cinema Guild.