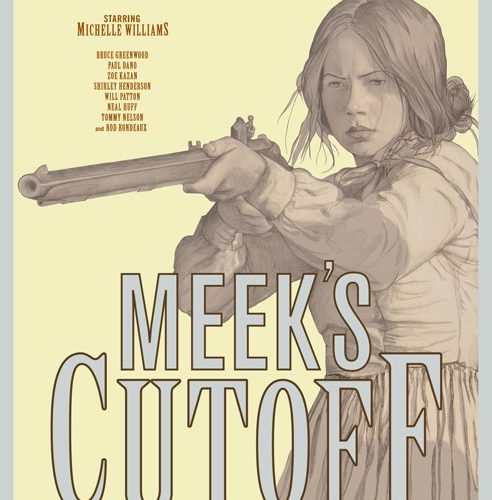 One of my favorite films this year is Kelly Reichardt’s Meek’s Cutoff. The no-frills director follows up Old Joy and Wendy and Lucy with this western. Her signature style remains as she gorgeously captures a strenuous journey of survival. You can read my TIFF review here and see the first official poster via Cinematical below. Synopsis: Plot: Gunslinger Stephen Meek (Bruce Greenwood) leads a group of wagons with settlers (Michelle Williams, Paul Dano, Will Patton, Shirley Henderson) on a journey to Willamette Valley in 1845. After being lost, they began to search for water and found it Buck Creek and the south fork of the Crooked River. By the time they reached their destination, at least 23 of them had died, with more casualties being likely.

What do you think of the poster? Are you excited for the film?