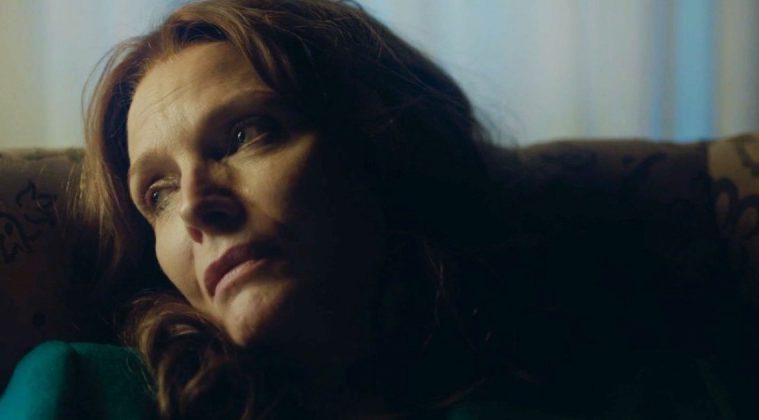 Michelle Pfeiffer is Adrift in NYC in First Trailer for Andrew Dosunmu’s ‘Where is Kyra?’

After giving one of the best supporting performances in last year’s mother!, Michelle Pfeiffer’s next leading role will finally arrive in theaters this spring following a Sundance premiere. Where is Kyra?–the latest film from Mother of George director Andrew Dosunmu, reteaming with the incredible DP Bradford Young–follows the actress as a divorcee adrift in NYC trying find some semblance of clarity in her life.

“I could have gone the Tilda Swinton route,” Dosunmu told us when it comes to casting. “But you expect them to do this film. To me, the reason for doing this film was to add to the conversation, about our society. And what better way than to use Michelle, which is an American household face, because then it resonates with the audience, with the people. This can happen to anyone, and who is ‘anyone?’”

Dan Mecca said in his review from last year’s Sundance, “This is a more fully-realized performance than anything she’s done in some time. Physical in every conceivable way (without giving too much away), it’s the kind of turn that will hopefully draw attention back to this talented performer. Sutherland is also commendable as Kyra’s potential knight in shining armor, a good man with a past he’s continually trying to make amends for.”

See the trailer and poster below for the film also starring Kiefer Sutherland, Sam Robards, and Suzanne Shepherd.

Presenting Michelle Pfeiffer in one of the most acclaimed performances of her storied career, Andrew Dosunmu’s WHERE IS KYRA? tells the story of Kyra Johnson, a middle-aged divorcee who moves into her elderly mother’s Brooklyn apartment while she looks for work and tries to get back on her feet. When her mother suddenly dies, Kyra is left without any support, both emotional and financial, and finds herself with very few options–none of them good. Despite a blossoming affair with a sympathetic neighbor (Sutherland) with struggles of his own, Kyra can’t accept that her once-tidy life has fallen apart, and she resorts to increasingly desperate measures to hold onto what little she has left.

Where is Kyra? opens on April 6.