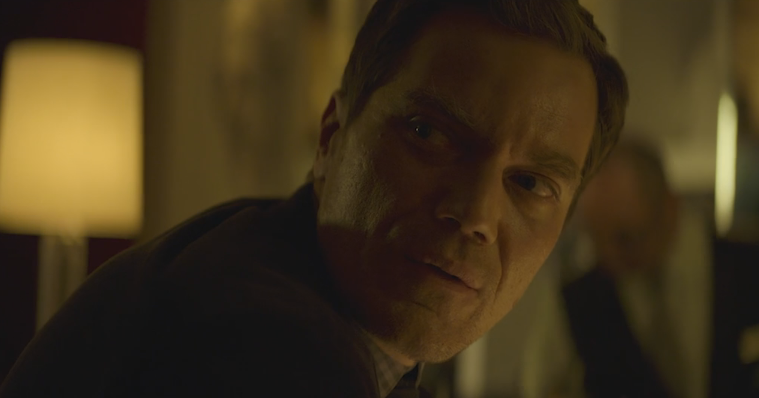 We said in our review, “Frank & Lola, a noirish erotic thriller from journalist-turned-director Matthew M. Ross, finds leads Michael Shannon and Imogen Poots in top form. They excel as lovers in this tightly-wound psychosexual love story that has elements of the best of Eyes Wide Shut. Frank (Shannon) is a high-flying chef working in top-end restaurants in Las Vegas. At the bar of his establishment he meets Poots’ Lola as she glides into his bar, and director Ross sets the scene by opening the film on the ensuing sex, a moody awkward sequence that heightens a sense of menace behind these beautiful starlets.”

Set in Las Vegas and Paris, two of the world’s most glamorous cities, FRANK & LOLA is a psychosexual noir romance about love and sex, obsession and betrayal, revenge and redemption. Matthew Ross’s debut feature stars Michael Shannon as Frank, an up-and-coming chef, and Imogen Poots as Lola, an aspiring fashion designer, who find one another at a point when each is at a defining moment in life. Their affair is sudden, passionate, and seemingly everything Frank has always wanted. But, his happiness proves short-lived when a man from Lola’s past, a past that is full of secrets, turns up on the scene, forcing Frank to question whether he can trust Lola—or himself.

Frank and Lola opens in theaters and VOD on December 9.